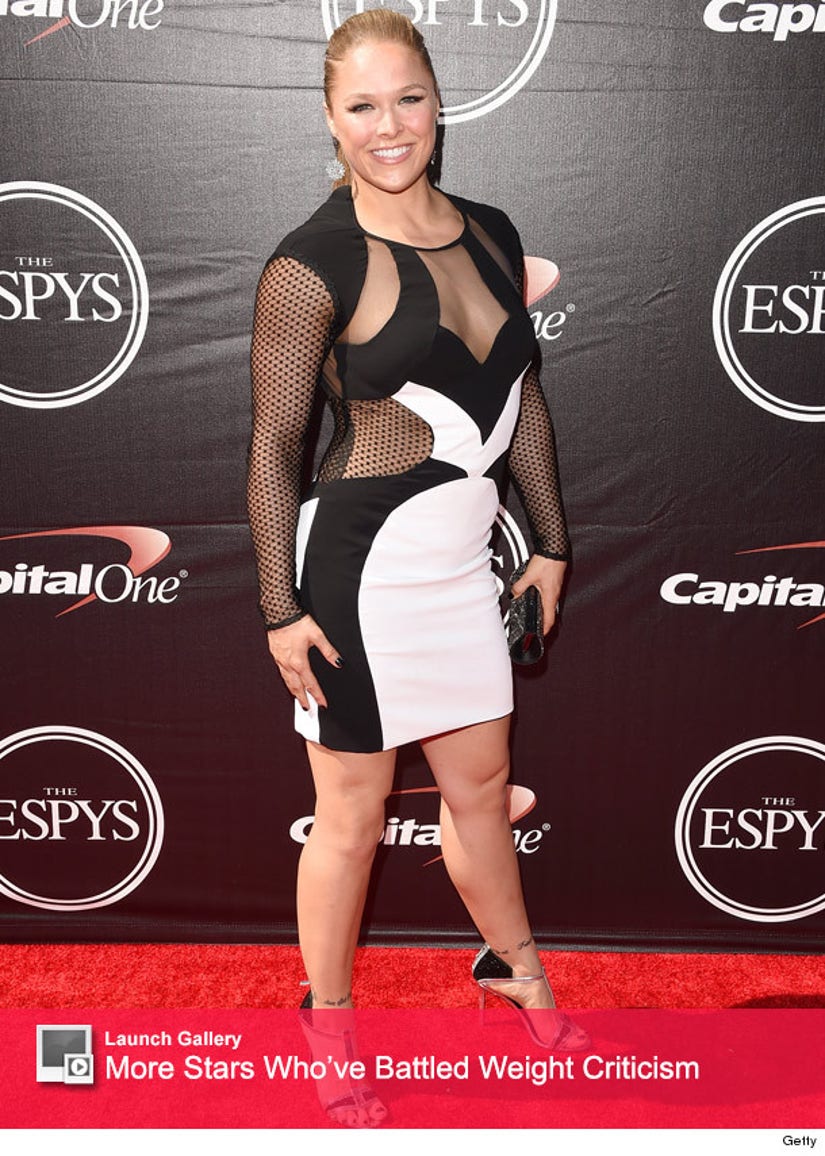 Ronda Rousey's overcome a lot to get to where she is!

The UFC Women's Champion recently opened up to Cosmopolitian.com about overcoming her body image issues and feeling better than ever in her own skin.

The fighter/actress tells the site that she gained 15 pounds for her feature in the 2015 Sports Illustrated swimsuit edition, because she feels her best with a little bit more meat on her bones.

"I felt like I was much too small for a magazine that is supposed to be celebrating the epitome of a woman," Rousey confesses. "At 150 pounds, I feel like I'm at my healthiest and my strongest and my most beautiful."

The gorgeous athlete has to maintain a weight of 135 pounds for fighting, but clearly, she looks amazing at any size.

The 29-year-old also reveals that she hasn't always had the best relationship with her body. "I grew up as an athlete doing judo, so I didn't really have a conventional, feminine body type," she explains. "I grew up thinking that because my body type was uncommon [i.e., athletic], it was a bad thing. Now that I'm older, I've really begun to realize that I'm really proud that my body has developed for a purpose and not just to be looked at."

"It took a lot of time to develop a healthier relationship with food and with my weight," the "Entourage" star adds, noting that she's more focused on being happy now rather than worrying about what number she sees on the scale.

And when it comes to the blonde beauty's biggest fear, we can definitely see why she's an MMA champ!

"I'm scared of failure so much more than any of the other girls I compete against that I work so much harder than they possibly could," she says. "I go to bed every night thinking about all the possible ways that I can succeed."

Rousey also wants to leave behind one killer legacy before she retires from the sport. "I want to be the one that retires undefeated and on top and has that legacy, and I believe that I'm the one that can get it done," she reveals. "I might make an investment and lose some money, but that's something I can recover from. There's no way to recover after tarnishing an undefeated record."

We can't wait to see what's next for this talented star -- what do you think about Ronda's comments? Sound off below and click "Launch Gallery" above to see more stars who've battled weight criticism!