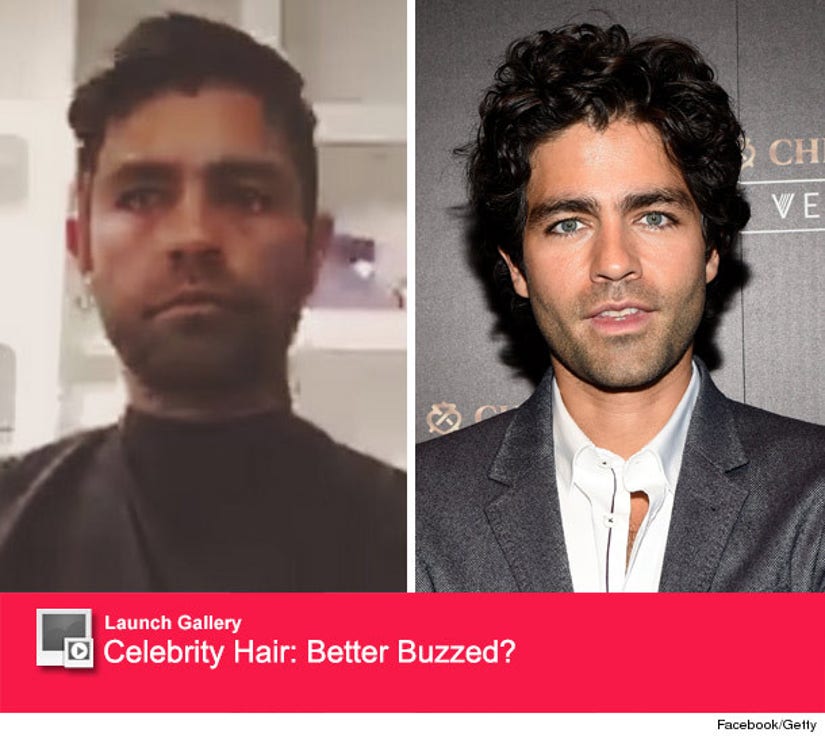 Adrian Grenier is known for his signature curly and overall shaggy 'do, but he was ready for a change!

The "Entourage" star took to Instagram to document his mane makeover, where he traded in his long, curly locks for a shorter cut with buzzed sides.

"Change, it happens," he captioned the video below, giving us a time-lapsed look at his courageous cut.

In the clip, the actor's hairstylist starts trimming the top with scissors before going straight for a buzz. While he keeps it long on top, the sides make this a major change for the sexy star.

Grenier even shaves his own beard during the video as he makes funny faces for the camera!

We'll reserve judgement on the new 'do until we see it out in public -- but what do you think?

Cast your vote in the gallery above.