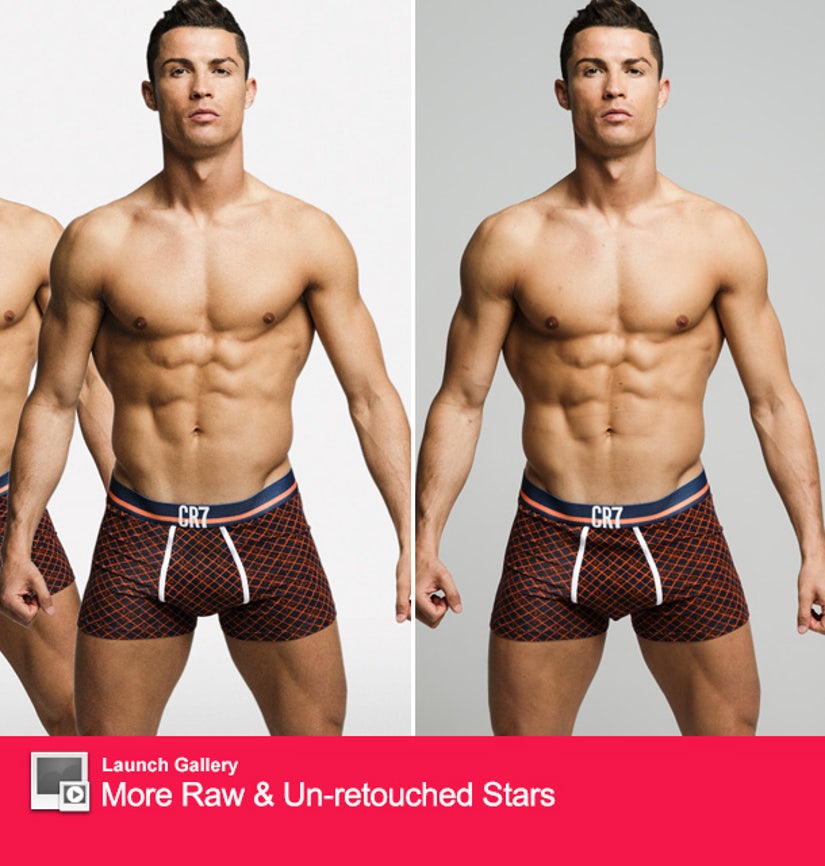 One of these photos is fixed with the help of Photoshop, the other is completely raw and un-retouched -- can you tell the difference?

Cristiano Ronaldo celebrated the launch of his 4th CR7 underwear collection by releasing a set of new campaign images ... and another set that hasn't been altered by photo editors.

"With many recent underwear campaigns coming under fire for being heavily re-touched, the release of the raw images provides a fresh approach, with Ronaldo's impressive physique and his new designs taking centre stage," a press release for the brand announces.

If you can't tell, the photo on the left is the official one, while the one on the right is straight from the shoot, without any digital enhancements at all. The differences are extremely minor.

Blemishes on his arms have been wiped clean, and his bulge has been smoothed over ... but that's about it. 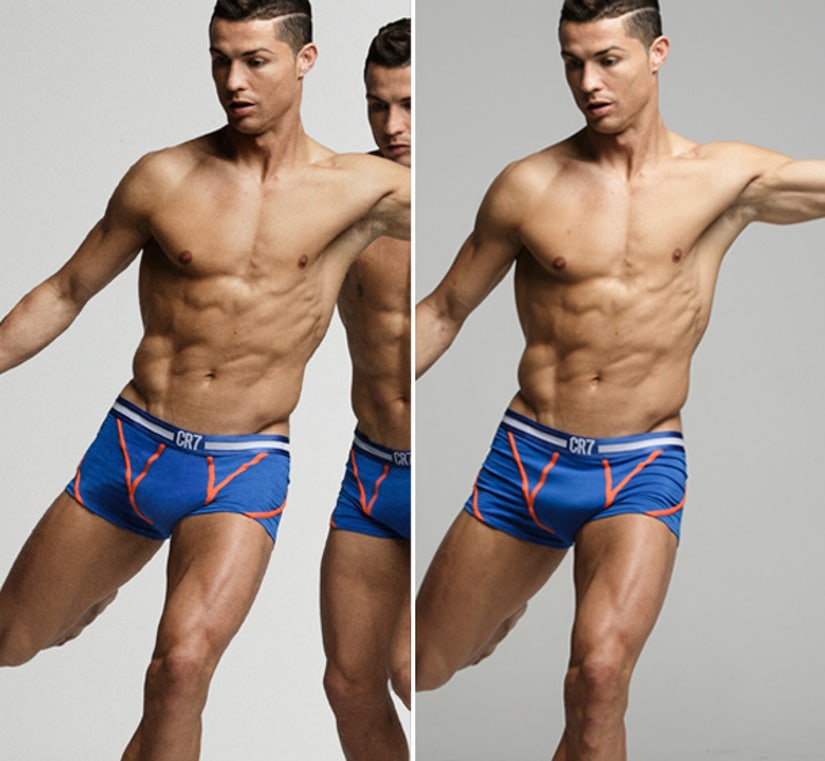 Those same blemishes are gone in this shot too, with additional smoothing out by his knees and yes, once again, package. Is it is, or did they actually make his bulge smaller in the official shot (left)?!

A third side-by-side reveals additional nicks on his right shin that mysteriously vanished, but the soccer stud's handsome face, abs and leg muscles remain as is. Damn, maybe he really is perfect?! 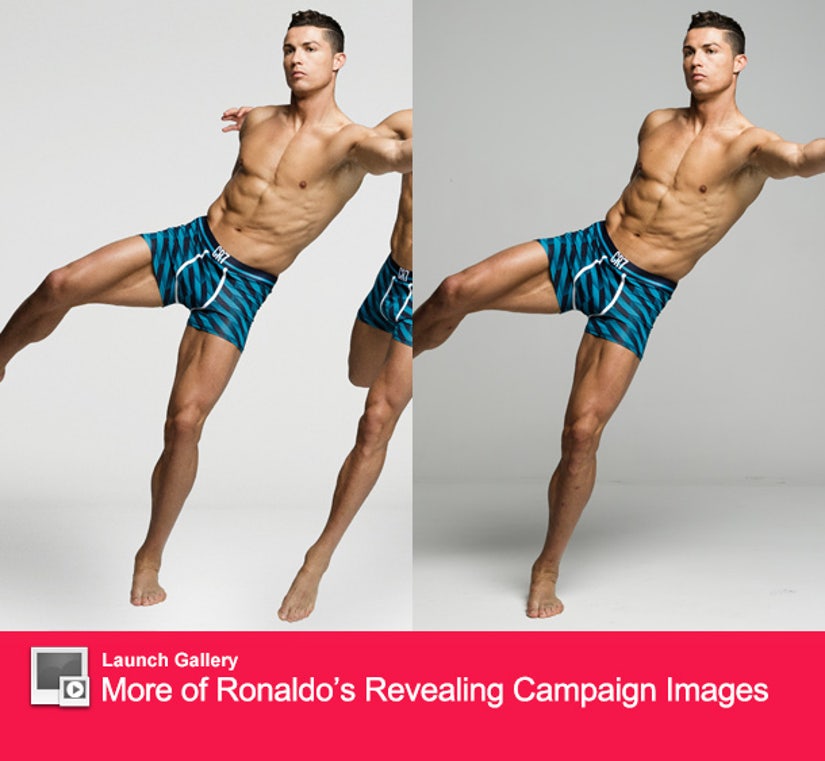 "The new campaign is all about body movement. The product features the lightest and most comfortable materials and has a great fit, no matter how your body moves, so we really wanted to bring this to life," Ronaldo says of the collection. "The way the product looks is key, but how it fits is equally important."

The Fall/Winter collection is available online.