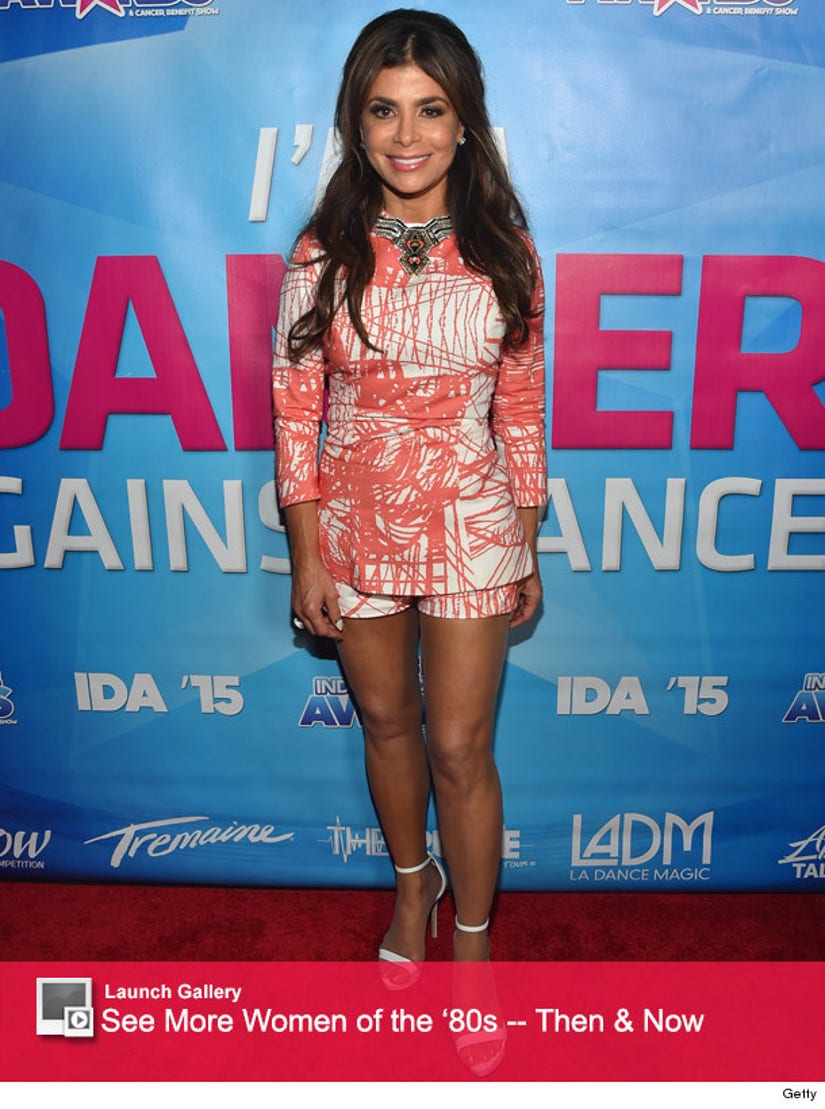 For someone who's only 5'0", Paula Abdul still has legs for days!

The pop diva stepped out on Wednesday night and showed a whole lotta leg on the red carpet at the 2015 Industry Dance Awards and Cancer Benefit Show in Hollywood.

The 53-year-old looked amazing in a coral and white graphic print romper featuring a peplum top as she flaunted her super toned gams. She completed her look with a statement necklace, white platform sandals and styled her hair in a half-up, half-down 'do.

It seems like the former "American Idol" judge hasn't aged a day. Just last month, she proved that she's still every bit of a fabulous performer during her appearance on the "Late Late Show".

During her appearance, the star busted out some of the videos iconic dance moves as she showed off her figure in a form fitting white jumpsuit.

What do you think of Paula's leggy look? Sound off below then click "Launch Gallery" for more women of the '80s!