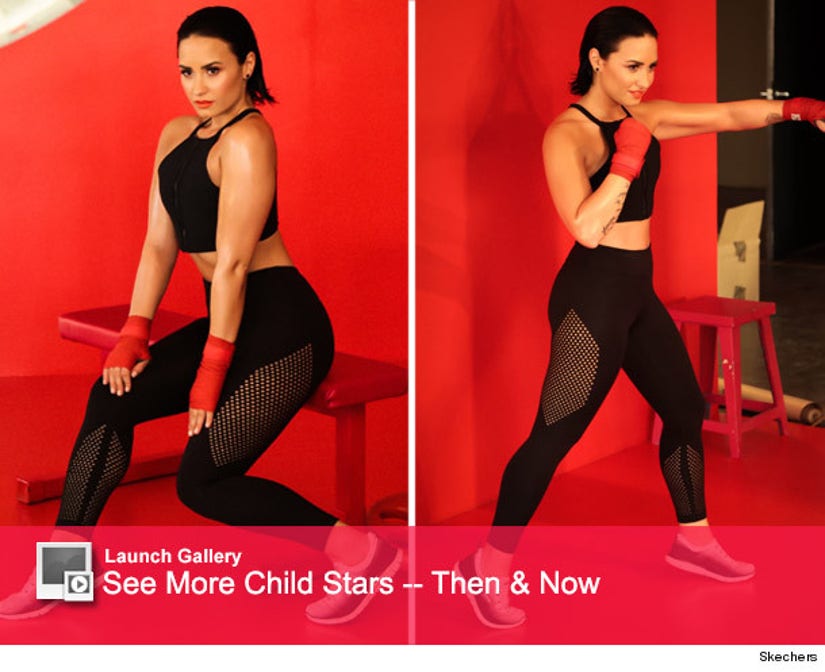 The "Cool For the Summer" singer is steaming up the screen in a behind-the-scenes look at her new Skechers footwear campaign.

In the ads, the former child star strips down to just a crop top and workout pants, proving that she's in the best shape of her life.

"I have been working on myself for the past year and would really dedicate all of my free time to bettering myself and not just physically but mentally as well," she says in a video from the shoot. "Part of that journey was working out and eating healthy and learning how to truly embrace a full lifestyle change."

"When it was time to make the music video for 'Cool for the Summer,' I felt more confident than I have ever felt before," she continues. "I felt like I was taking off that layer of insecurity and just facing my fears. Being able to show more skin in my video was a breakthrough for me, for sure." 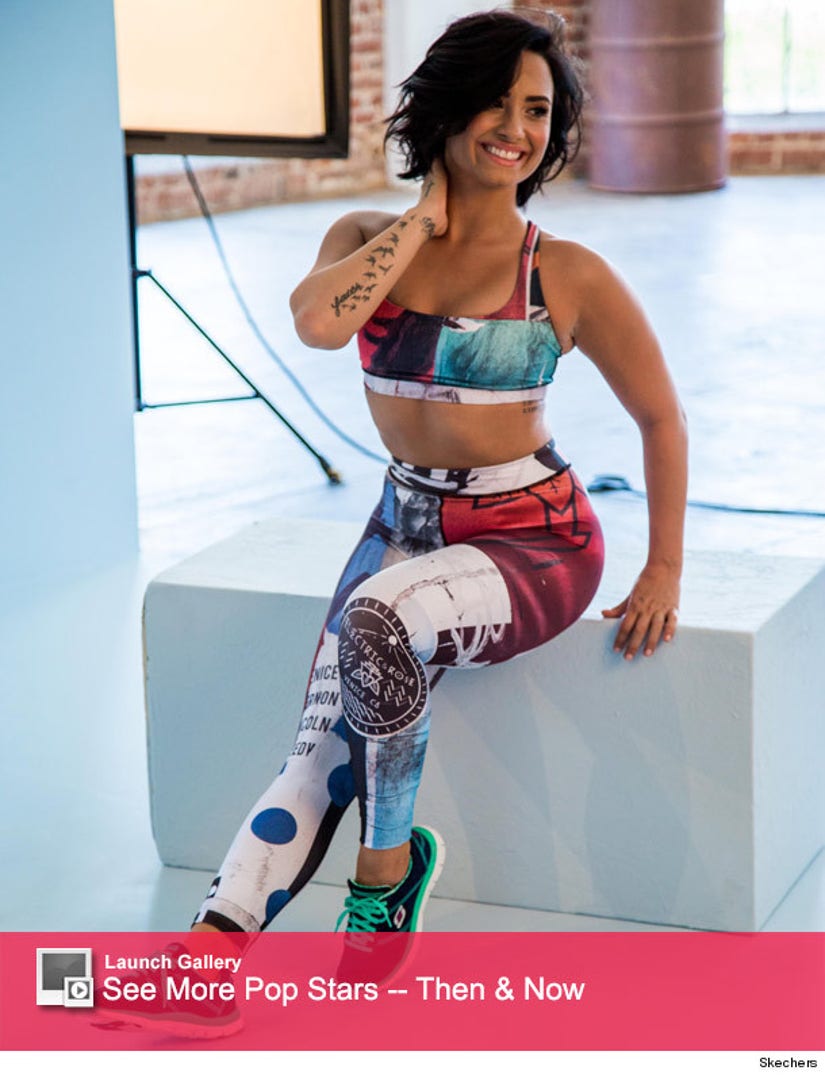 The pop star reveals that she revamped her eating and exercise routines, but she isn't too hard on herself.

"I do treat myself here and there, but for the most part I feel better when I eat healthy," she explains. "I feel better when I'm busy and exercising at the same time because I have more energy when I work out and eat healthy, so for me it's essential. It's not only something that is a priority because it's just good to do; it's actually a huge part of touring and staying fit."

Lovato is clearly confident in her skin, which is reflected in her new music. "In the past I knew who I was as a person, but I've never been more sure of whom I am as an artist," she declares. "I really channeled the direction and the vision that I had into what I wanted for this album."

"Previously, I felt like I sat back and would watch people succeed and then I really thought to myself… 'You know I deserve to be up there and I'm going to give it my best shot' and that's exactly what I did on this album," she adds. "It truly is a far more 'confident' album."

Want more Demi? Check out the behind-the-scenes video from her Skechers shoot below!