Christina Milian isn't afraid to show some skin -- and we can see why!

The singer put her killer bikini bod on full display in Miami on Sunday, where she was snapped soaking up the sun in a tiny leopard-print two-piece. She completed her beachy look with metallic sandals, neutral sunnies and her naturally curly 'do.

The 34-year-old star definitely showed ex-boyfriend Lil Wayne what he's missing as she flaunted her toned booty while she walked across the sand!

The pop star and her rapper beau called it quits in late August after dating for about a year, but the exes are still on good terms.

"He and I are good," Milian recently told ET. "I know a lot of people have been asking, but we're talking and we're fine." 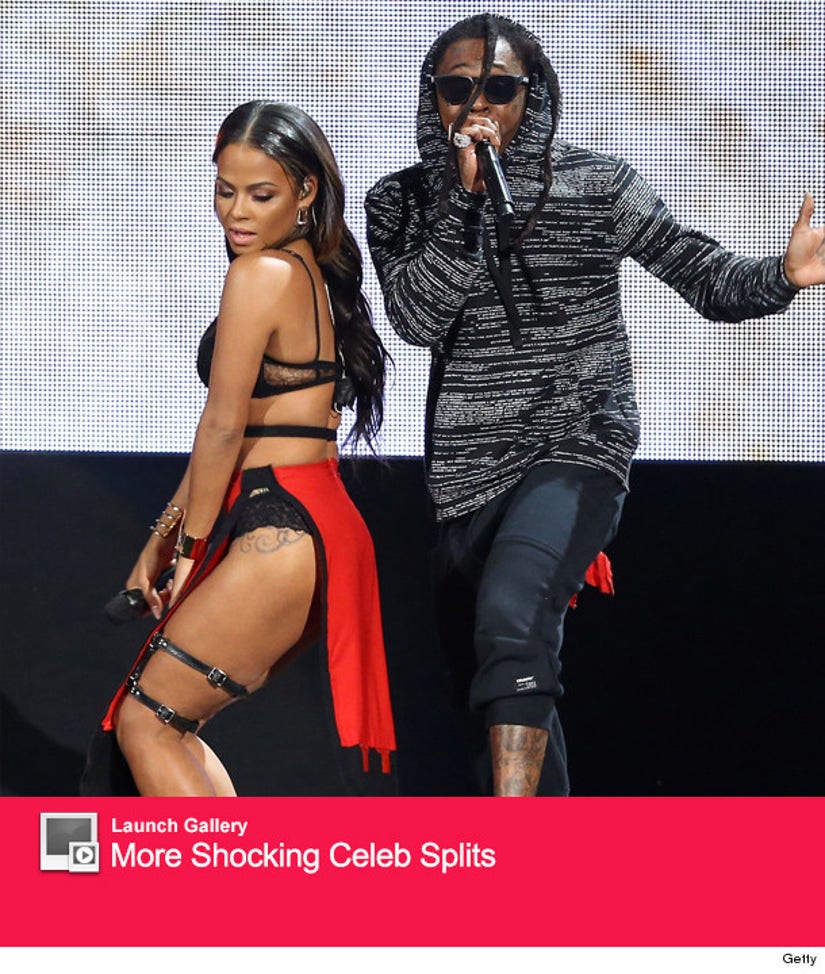 In fact, the pair is working together on a new song. "He's just talented. He's just awesome," she added. "The lyrics are all about me! I wanted it to be real. The song's about he and I, so it was perfect."