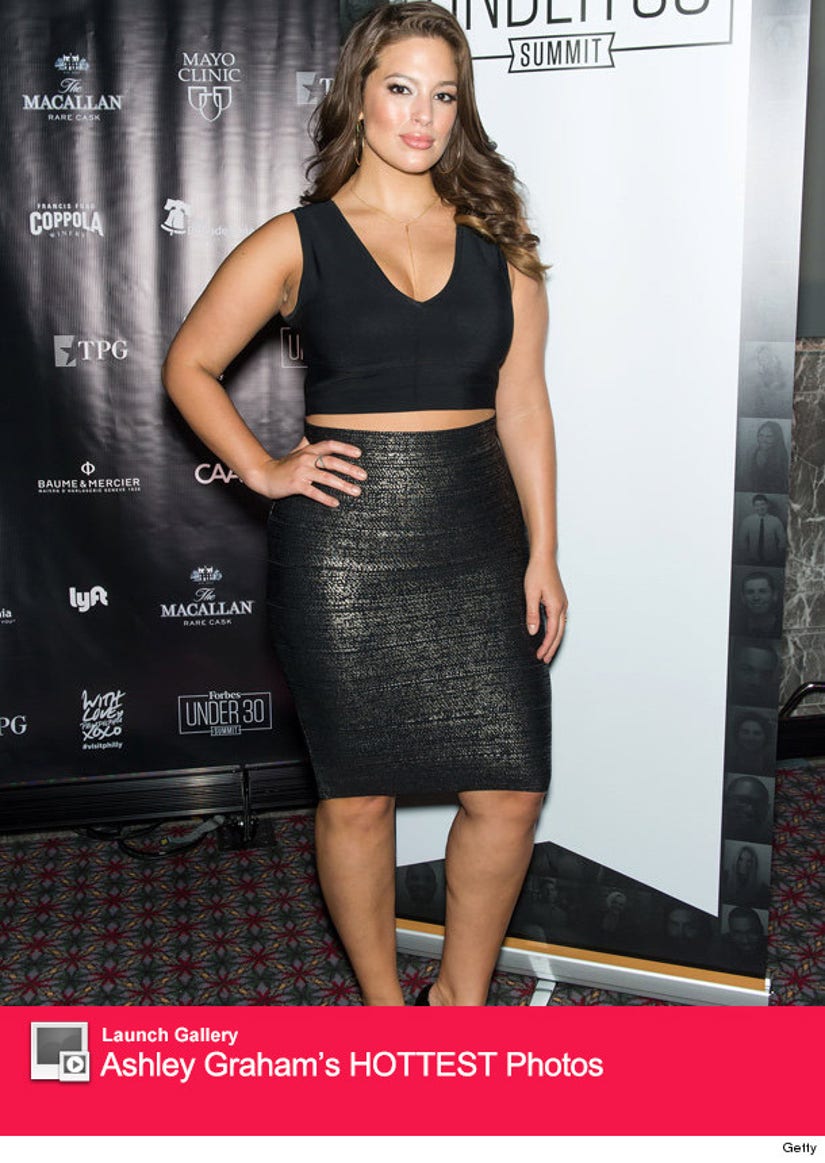 Ashley Graham is a force to be reckoned with.

The plus-sized supermodel is proving that there's nothing sexier than a woman with curves. Sporting a figure-hugging black crop top with a tight pencil skirt, she stole the spotlight at Forbes' Under 30 Summit on Tuesday.

"I like to think I'm not trying to be a disruptor, I actually think I am disrupting the industry," the 27-year-old star told the crowd at the event. "It's been a long time coming. I've been modeling for 15 years. I've been considered a plus-size model for the last 15 years." 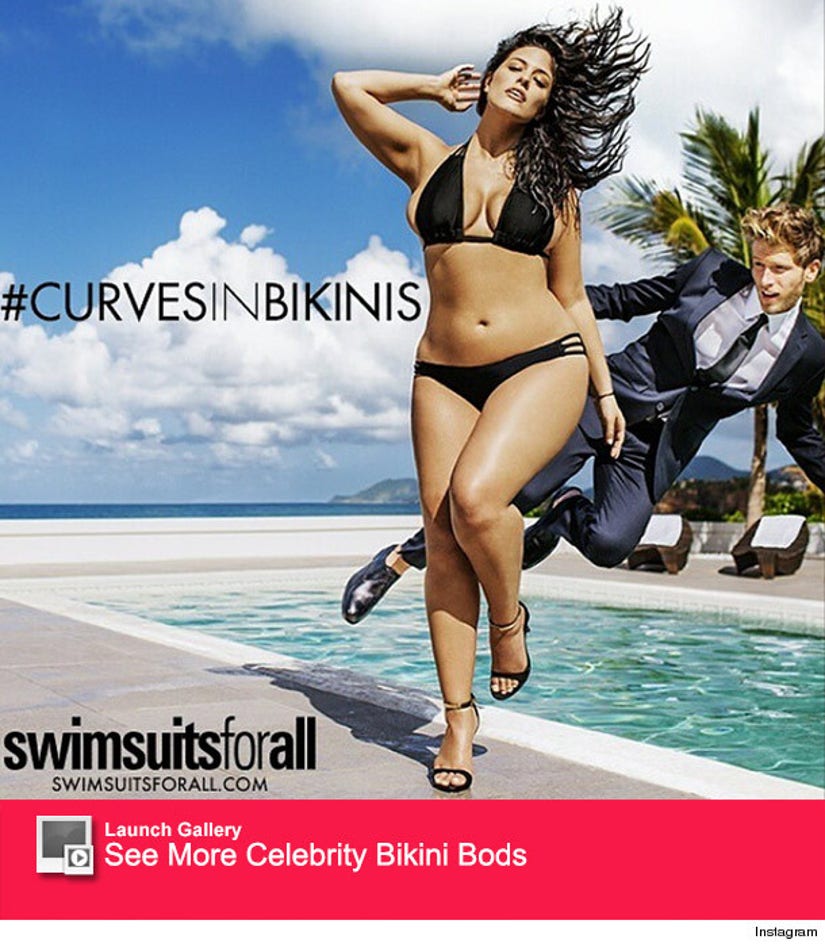 "I started at 12 years old. I was 5'9" and I was a size 12 -- believe it or not," she continued. "I was breaking hearts left and right. I've really been trying to chop down this tree for so long, and now people are finally hearing me -- I'm using my body to let other women know that imperfections are okay. Cellulite, rolls, curves -- the things that jiggle that 'shouldn't be jiggling' -- it's okay."

"I think what really helped me was a lot of people telling me 'no,'" she declared. "I've always kind of been a little bit of a rebel. My parents have told me 'no,' I've had agents tell me 'no' -- I've taken all those 'no's' and turned them into 'yesses.'" 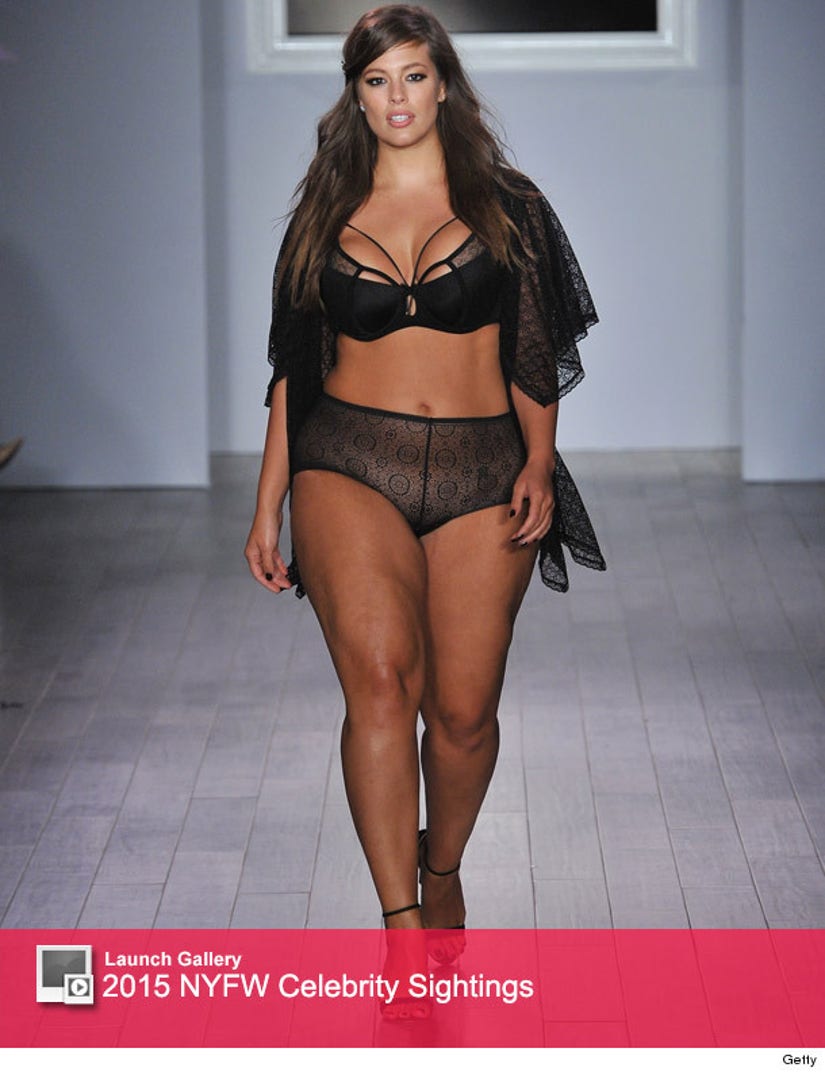 Last month, Graham made a splash at New York Fashion Week, strutting her stuff on the runway to debut her Addition Elle/Ashley Graham Lingerie Collection.

"I was thinking, 'Damn, I look good!'" she told Popsugar after the show. "It was amazing to come out and be able to come out as a designer and have everybody just appreciate all the blood, sweat, and tears that went into everything."

Ashley is certainly cementing her place in the modeling world, thanks to a memorable ad in Sports Illustrated, as well as campaigns including Lane Bryant's game-changing #ImNoAngel ad.

We have a feeling this sexy supermodel is just getting started!