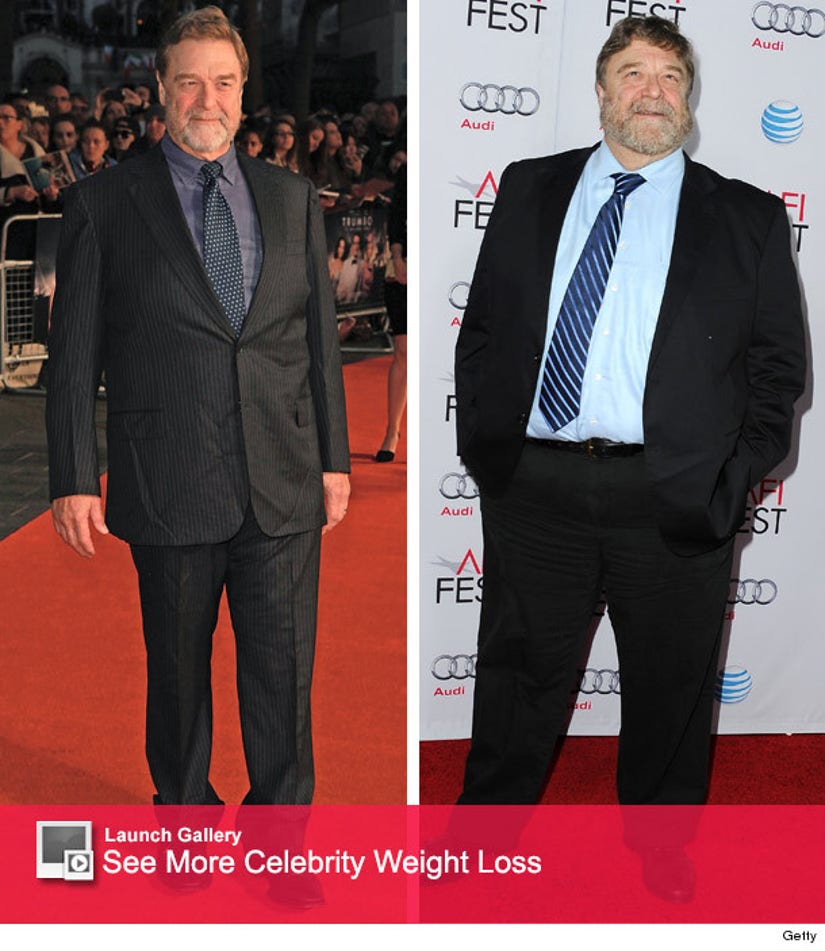 This is the best we've seen John Goodman look in a long time!

The "Roseanne" alum hit the red carpet for the premiere of his new movie, "Trumbo," in London, England on Thursday. John showed off his newly-slim stature wearing a dark pinstripped suit and gray button down.

Goodman looked like he was having a blast on the red carpet with costars Dame Helen Mirren and Bryan Cranston. Miren looked pretty in pink in her A-line dress, while the "Breaking Bad" star rocked a classic brown suit. 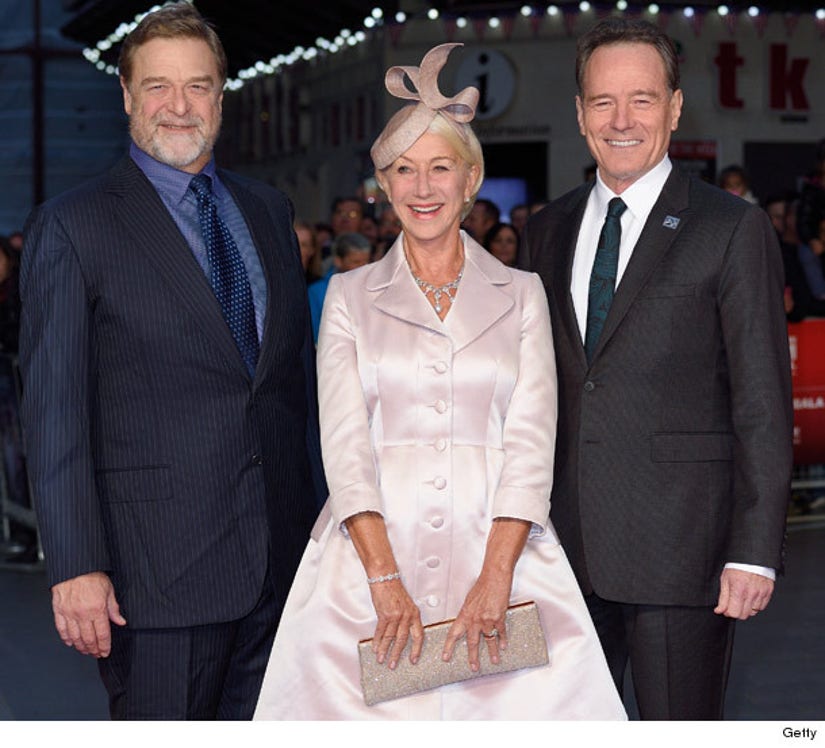 It's pretty clear that the 63-year-old actor has lost a ton a weight since this time last year. Goodman hit the red carpet, with a much fuller figure, for the premiere of "The Gambler" during AFI Fest in November 2014 (above).

The actor has spoken openly about his weight struggles, admitting that he once weighed 400lbs. While John dropped some lbs back in 2010, his weight continued to fluctuate.

"I have some physical problems," Goodman confessed during an interview in 2013, after putting back on the weight he had lost. "I don't get to exercise as much as I do normally. Being on location is not easy."

Nevertheless, the "Flight" star looks happy and healthy today! What do you think about Goodman's recent weight loss? Tell toofab in the comment section below and check out the gallery above to see more stars who've shed major pounds!