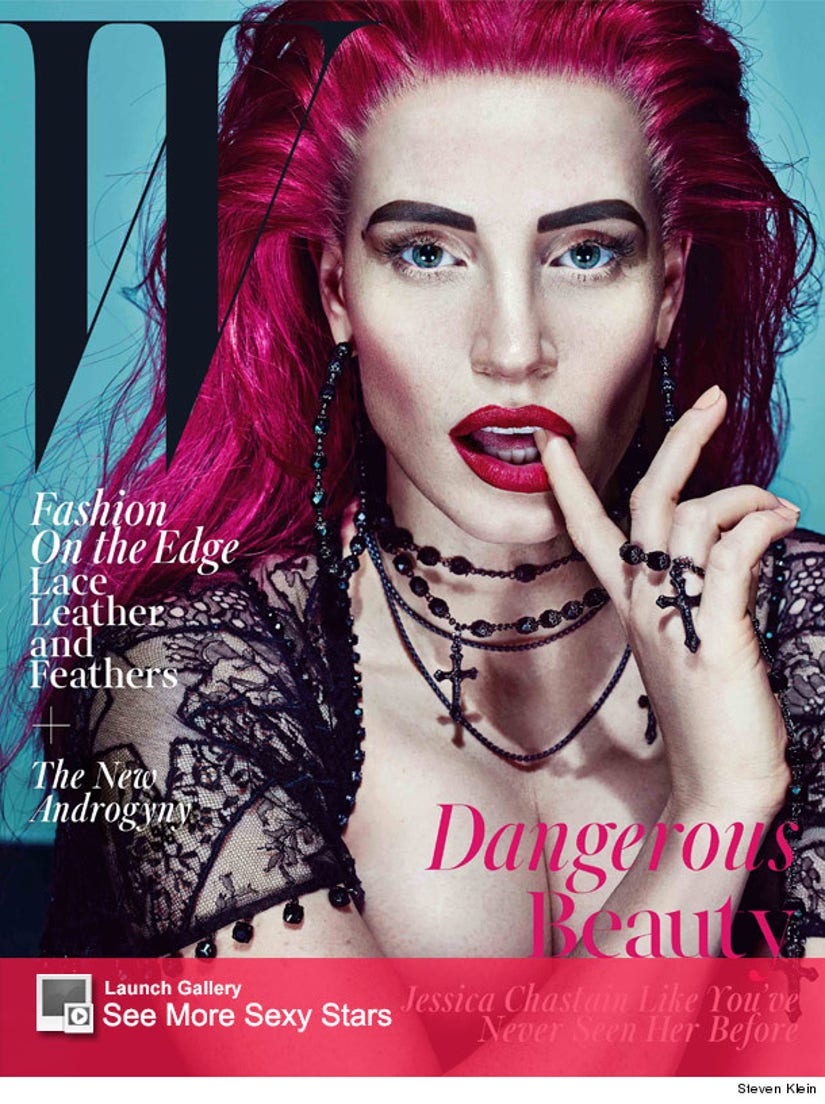 "The Martian" star has some fun with her look on the November cover of W magazine, where she opens up about her versatile career in the accompanying interview.

Chastain looks gorgeous in the mag, rocking fuschia tresses, bold brows and a bright red lip for the edgy shoot. In a second shot (below), the actress sports slicked-back platinum blonde locks while wearing a curve-hugging red jumpsuit.

While the actress prides herself on playing a variety of roles, her versatility seems to confuse people.

"It did confuse people. I would hear, 'Who is the real Jessica?' a lot. They rarely say that about men. They never worry about 'knowing' them," she tells the mag. 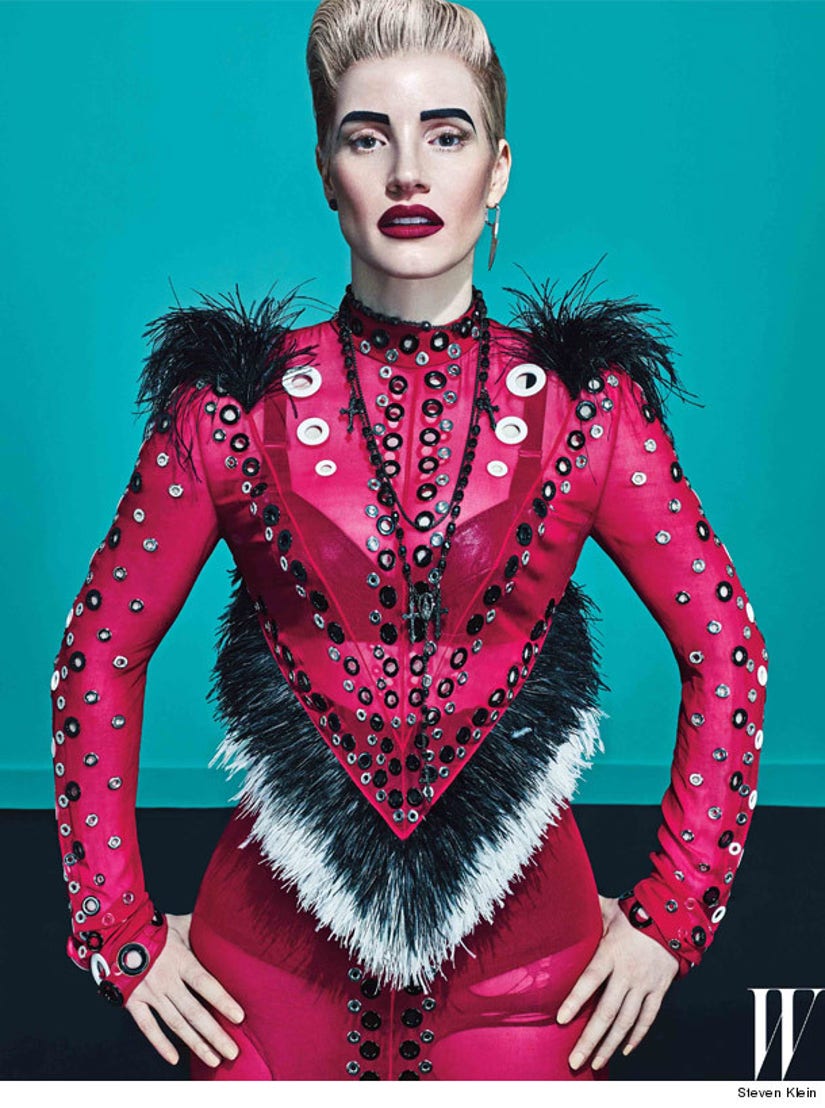 The red-headed beauty also says she's dying to star in the next "007" flick ... but you won't see her playing a Bond Girl anytime soon!

"One of my goals is to play a villain in a Bond film," she confesses. "People ask me if I want to be a Bond girl, and I say, 'No, I want to be the villain.' I'm waiting for that call!"

And when it comes to her personal life, the 38-year-old couldn't help but gush about her boyfriend Gian Luca Passi de Preposulo.

"He's a gentleman," she reveals. "And that's very important to me. He's from an old-school Italian family. No one in his family has ever been divorced!"