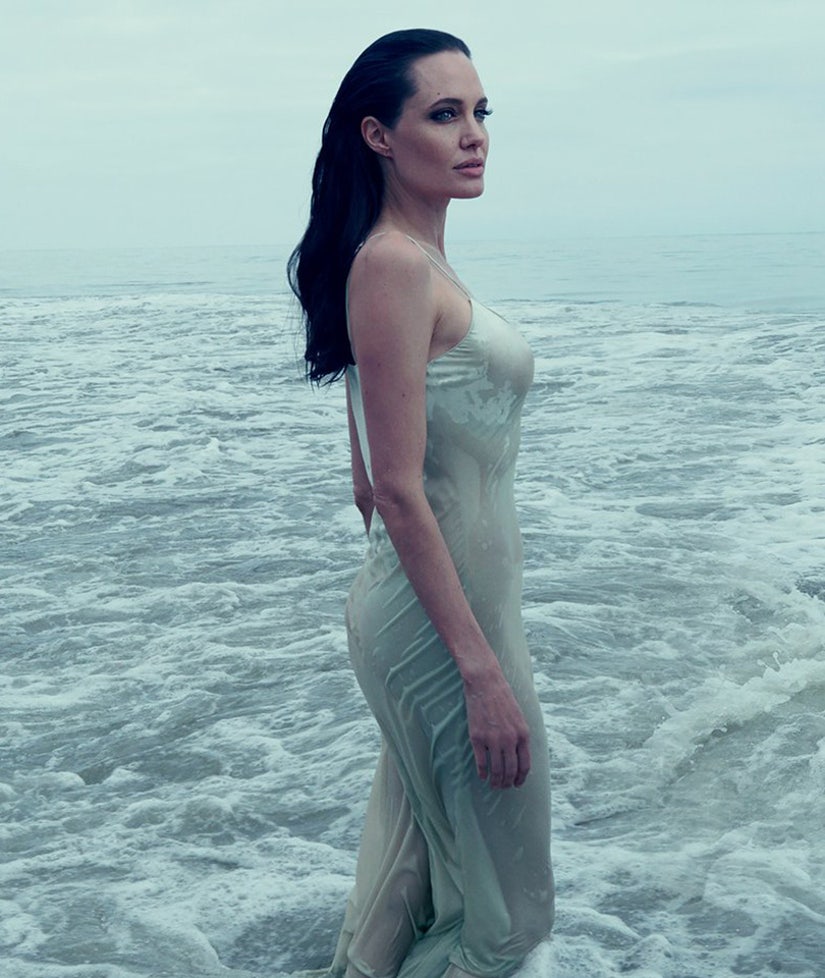 Now this is the Angelina Jolie we know and love!

The actress covers the November issue of Vogue magazine, where she shows off her gorgeous curves in a new revealing pic from the spread.

Photographed by the famed Annie Leibovitz, Jolie looks absolutely stunning in the cinematic shot, wearing only a wet white slip with her long brunette tresses slicked back, as she stands ankle-deep in the ocean water.

Clearly, the photo was inspired by Jolie's new flick with hubby Brad Pitt, "By The Sea."

It's great to see Angie embracing her sexy side again, especially since undergoing a double mastectomy back in 2013. The 40-year-old beauty decided to have the preventative procedure after learning she carried the BRCA1 gene, which dramatically increases a woman's risk of developing breast and ovarian cancer.

Looking at the "Maleficent" actress now, she looks better than ever!

Also in the mag, on stands October 21st, the "Mr. and Mrs. Smith" star poses with her hubby and their six children; Shiloh, Maddox, Vivienne, Zahara, Pax and Knox. 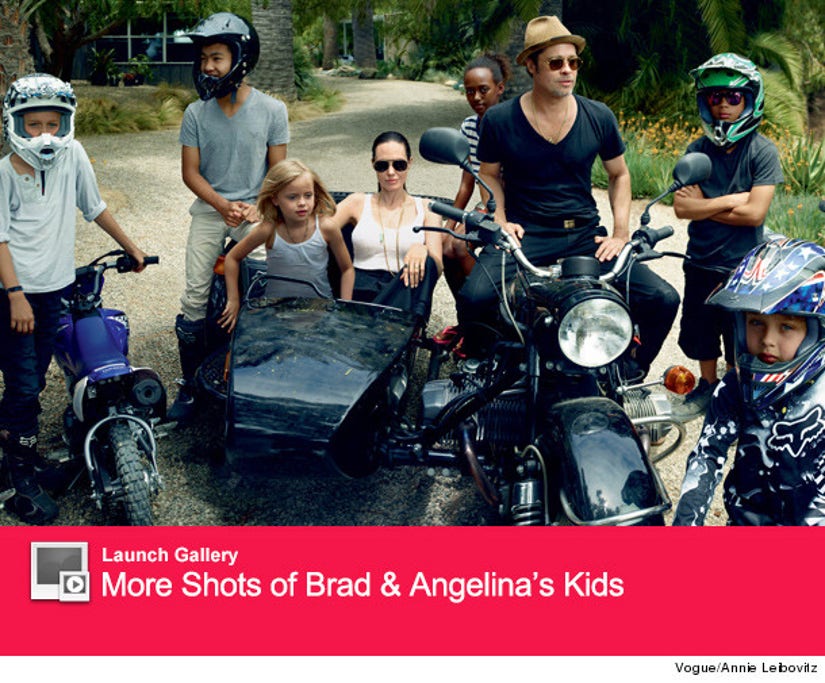 In the accompanying article, Jolie opens up about her international family -- and how important it is for all of them to know about their siblings' heritage.

"The boys know they're from Southeast Asia, and they have their food and their music and their friends, and they have a pride particular to them. But I want them to be just as interested in the history of their sisters' countries and Mommy's country so we don't start dividing," she tells Vogue. "Instead of taking Z on a special trip, we all go to Africa and we have a great time."

We can't get enough of the Jolie/Pitt clan -- what do you think about Angie's revealing photo? Sound off below and check out the galleries above to see more women of the '90s today and photos of their fam!