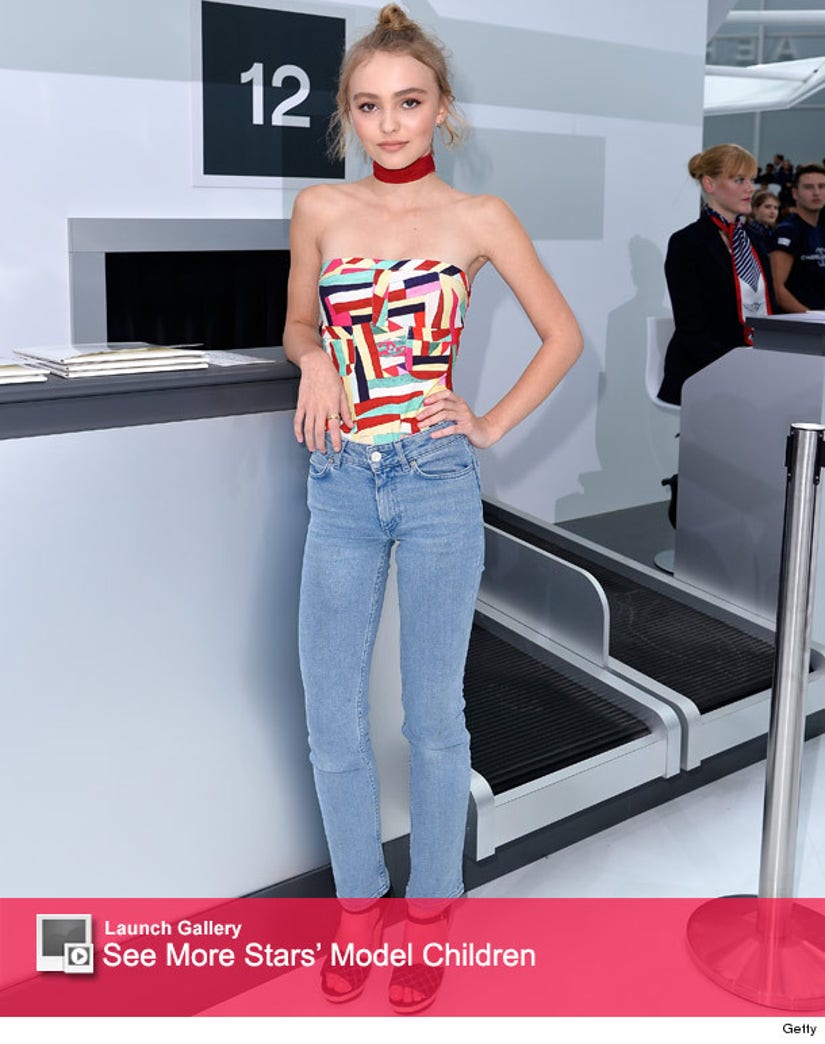 Being in the spotlight is just second nature for Lily-Rose Depp.

The gorgeous offspring of Johnny Depp and Vanessa Paradis is quickly making a name for herself in the fashion world following her runway debut during Chanel's Fall 2015/Winter 2016 show.

The 16-year-old has become a fixture at the fashion house's events and is following in the footsteps of her famous mother after being named their latest muse.

The star recently opened up to i-D while backstage at Chanel's Spring/Summer 2016 show, getting candid about all the recent media attention and even revealing her true passion.

"I grew up with the media circus. My whole life.," she explained. "My parents were very calm about the photographers, the fans, and all that. But I understood right away that I hadn't done anything to deserve that attention. No matter what happens, it will be there. I didn't choose it. You just can't take that too seriously. You need to live your life. And stay calm."

The teen made her red carpet debut back in April at ﻿the Chanel Metiers d'Art show in NYC and has since landed major roles in the French film "Planetarium," along side Natalie Portman, and "The Dancer."

"For now, what I like most is making films," she revealed. "I'm a Gemini, very spontaneous. For now, I'm having fun doing it, we'll see what happens later."

What do you think of Lily's candid comments? Sound off below then click "Launch Gallery" for mor celebrity model kids!