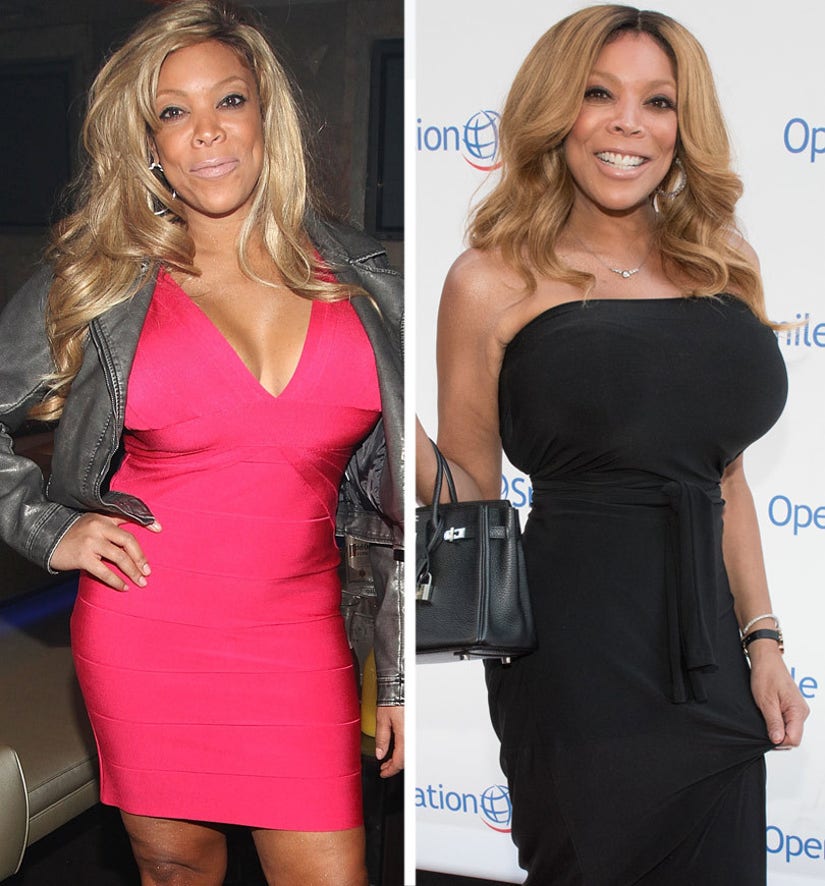 Wendy Williams is sharing her secrets!

The talk show host opened up about her 50-pound weight loss during a Q&A on "The Wendy Williams Show" on Monday, where she revealed that dropping all the weight took some major self-control.

"Because of all the crazy diets I've been on, none have ever been as effective as [saying to myself], 'Just push back, fatso. Just stop eating so much,'" she confessed.

Of course, Wendy also changed what she was eating all together. The brunette beauty says she's cut out meat, refined sugars, dairy and started doing both Pilates and cardio.

In fact, since dropping the lbs, Wendy says she doesn't even have the same appetite. "I don't love food as much as I used to," she said. "I've picked up on other great habits like juicing."

While we're sure working out consistently obviously played a role in Williams' transformation, she says she hits the gym now to stay heart healthy.

"I go to the gym because it's not about me losing weight at this point, it's about me trying to fight heart disease," she explained. "Slow and steady is the name of the game. It's not going to happen overnight. I no longer believe in fad diets, crash diets…yes, I did have a jump-start because years ago I did get the liposuction and a tummy tuck, but I have to say that, if there is a poster child for plastic surgery and the jump-off to a new lifestyle, it would be me."

What do you think about 51-year-old's comments? Sound off below and see more celeb weight loss in the gallery above!