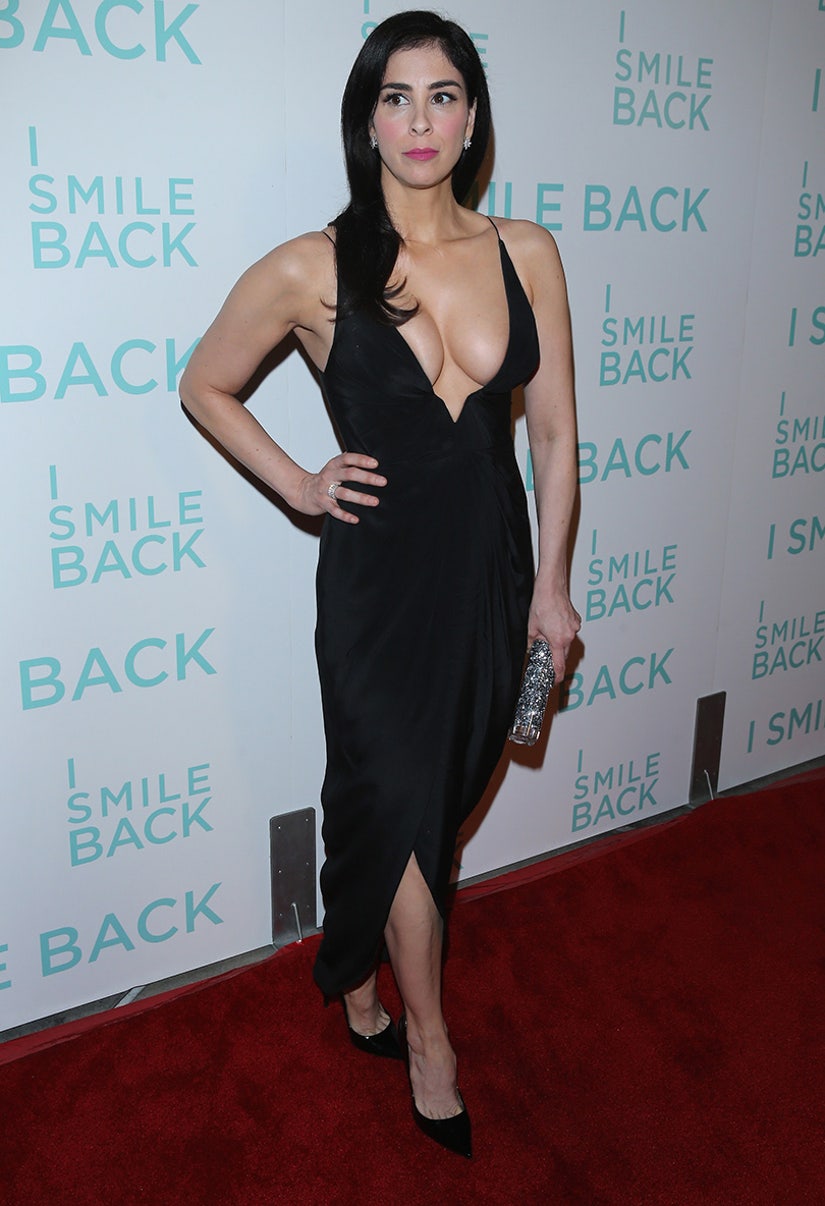 The actress had all eyes on her Wednesday night when she stepped out for the premiere of "I Smile Back" in Hollywood in one of the hottest looks we've ever seen her in!

The funny lady stars in her first dramatic role in the flick and brought all the drama with her plunging black dress. Sarah showed off MAJOR cleavage in the Zimmermann suede balconette frock, which she paired with a glittery clutch and classic black pumps. She kept her hair swept off to the side and finished the look with rosy cheeks and a pink lip.

In the film, the 44-year-old plays a suburban wife and mother whose severe depression sends her life spinning out of control. The star opened up about her personal battle with depression in a recent interview with Glamour magazine and revealed why the role hits so close to home.

"I've lived with depression and learned to control it, or at least to ride the waves as best I can," she admitted. "I'm on a small dose of Zoloft, which, combined with therapy, keeps me healthy but still lets me feel highs and lows. The dark years and those ups and downs—chemical and otherwise—have always informed my work."

"I still have downward spirals, days when I have to drag myself onstage to do stand-up or I'm just tweeting Morrissey lyrics from my bed," she added. "But there's one thing I know that I used to not know: It will pass. And it does."

What do you think of Sarah's super sexy look?! Sound off below then click "Launch Gallery" for more sexy stars!