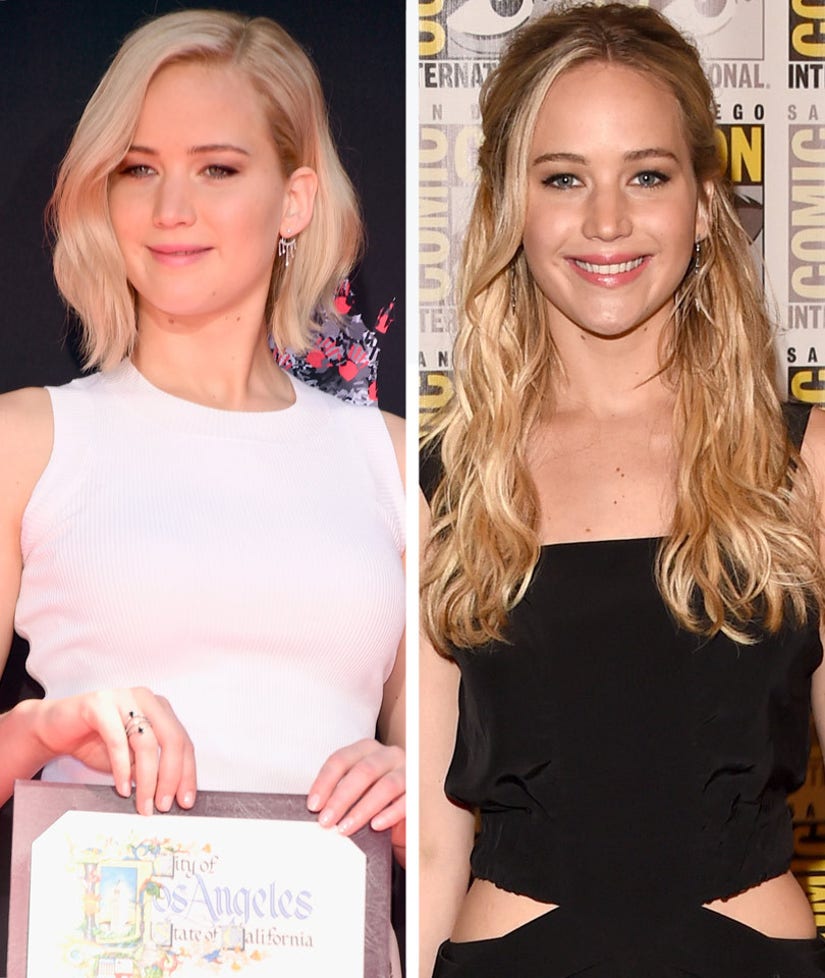 Out with the old, in with the new!

Jennifer Lawrence debuted a new hairstyle over the weekend at the "Hunger Games: Mockingjay Part 2" hand and footprint ceremony at TCL Chinese Theatre in Hollywood. The actress looked gorgeous as she posed alongside her hunky costars Josh Hutcherson and Liam Hemsworth, who looked dapper in tailored suits.

The 25-year-old rocked a platinum blonde lob, which she parted on the side and styled in loose waves. She paired the look with a white A.L.C. tank and flowy printed skirt, along with a pair of Stuart Weitzman sandals.

The trio were at the event to commemorate the release of the final film in the franchise, leaving their prints and signatures in cement in front of the Hollywood landmark. 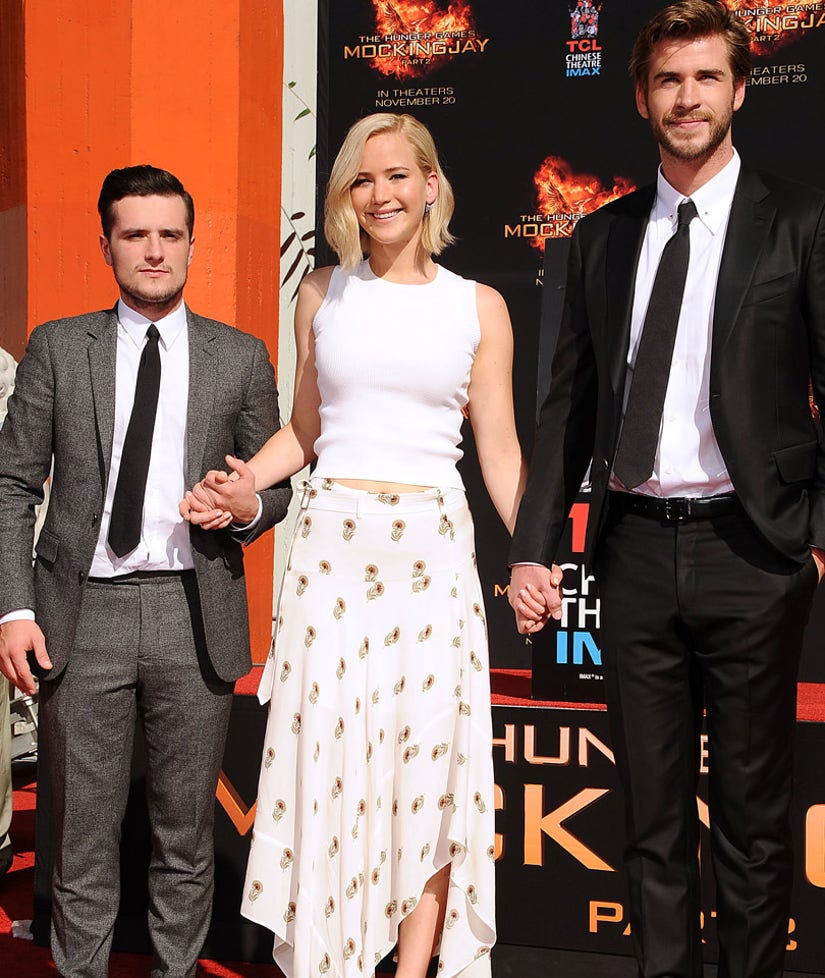 The "American Hustle" star is no stranger to changing up her blonde locks. JLaw loves to play with length and frequently rocks extensions, like the long wavy look she sported at Comic Con back in July.

The beauty went back to a bob in October, but this is the blondest we've ever seen her. The switch-up was likely for her new film "Passengers" with Chris Pratt -- and we're loving the platinum locks!

What do you think of Jennifer's 'do? Sound off below then click "Launch Gallery" to vote for more celebrity hair better short or long!