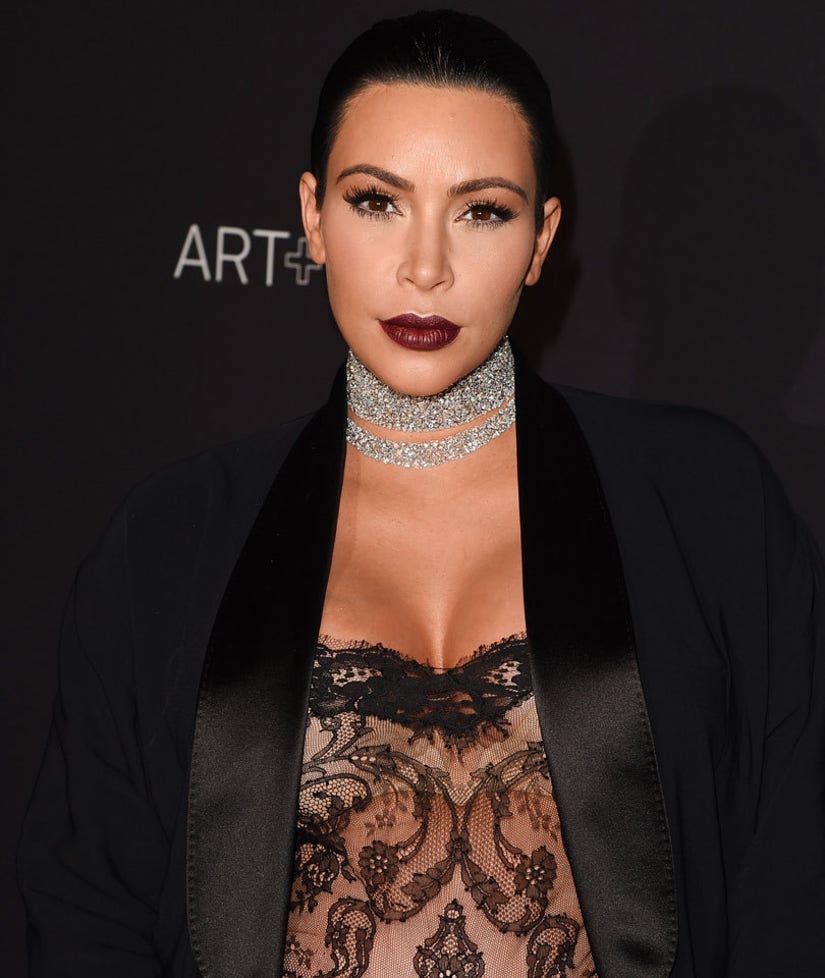 Kim Kardashian has reached the eight month mark of her pregnancy -- and is getting candid on her changing body.

The reality star, who is expecting her second child with Kanye West, took to Twitter on Tuesday and revealed to fans how much weight she's gained with baby number two.

On her personal website, she added that the baby is about the size of a pineapple right now at seven pounds, she's craving ice cream and it's "too hard" for her to workout anymore.

The 35-year-old gained about 50 pounds during her first pregnancy with daughter North West, before slimming back down to her trademark hourglass shape. The soon-to-be mother of two is due next month and admitted that she's not too worried about being tempted by holiday food.

"I actually don't love Thanksgiving food," Kim told Andrea Leon Talley on his Vogue podcast. "I don't love it at all. I love the tradition and I love hanging out with the family, but I don't really love the food so I never get tempted really. But around Christmastime I love the sweets and all of that."

"And I'm due right around Christmas, so I might be in the hospital on Christmas," she added.

Despite her changing figure, the "Keeping Up With The Kardashians" star hasn't let her growing bump stop her from taking risks in the name of fashion. Kim has been a fan of form fitting and sheer looks throughout her pregnancy. Most recently, she showed off her bare bump in a sheer lace jumpsuit during a night out at LACMA's 2015 Art+Film Gala.

What do you think of Kim's candid comments? Sound off below then click "Launch Gallery" to see her maternity style the second time around!