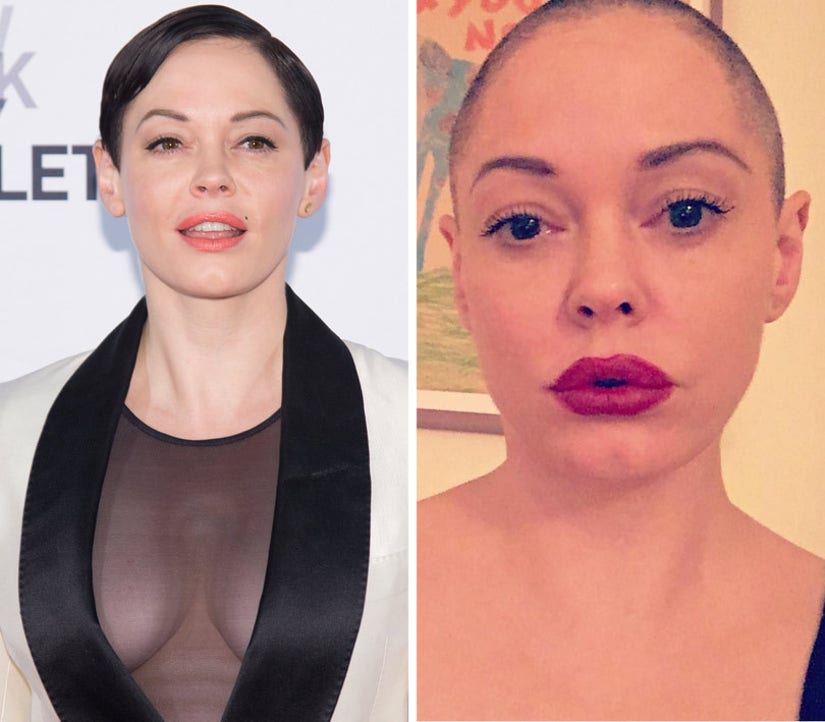 The actress has changed up her hair a lot over the years -- dying her signature raven locks blonde, red and even going from short to long -- but on Thursday, she debuted her most dramatic hairstyle yet: A completely shaved head!

"No hair don't care. Honestly, it's liberating," she captioned a pic of her new 'do on Instagram shot.

In the photo the 42-year-old snaps a selfie showing off her buzzed dome as she rocks minimal makeup and a bold red lip. While the look is very dramatic, if anyone can pull it off, it's this "Charmed" star!

The star originally chopped off her hair in August 2014 and rocked a chic pixie cut up until now. Rose gave her followers a behind-the-scenes look at her transformation in a video showing the moment her hair stylist buzzed her head:

The singer has been making some bold social moves recently. On Monday, she blasted Caitlyn Jenner over her Glamour Woman of the Year acceptance speech after the 66-year-old stated that the "hardest part about being a woman is figuring out what to wear."

McGowan took to Facebook and slammed the star, saying Jenner "does not understand what being a woman is about at all." The "Scream" alum faced some criticism for her comments and clarified her statement in a follow-up post.

What do you think of Rose's bold new look? Sound off below then click "Launch Gallery" to vote on more stars who've buzzed their locks!