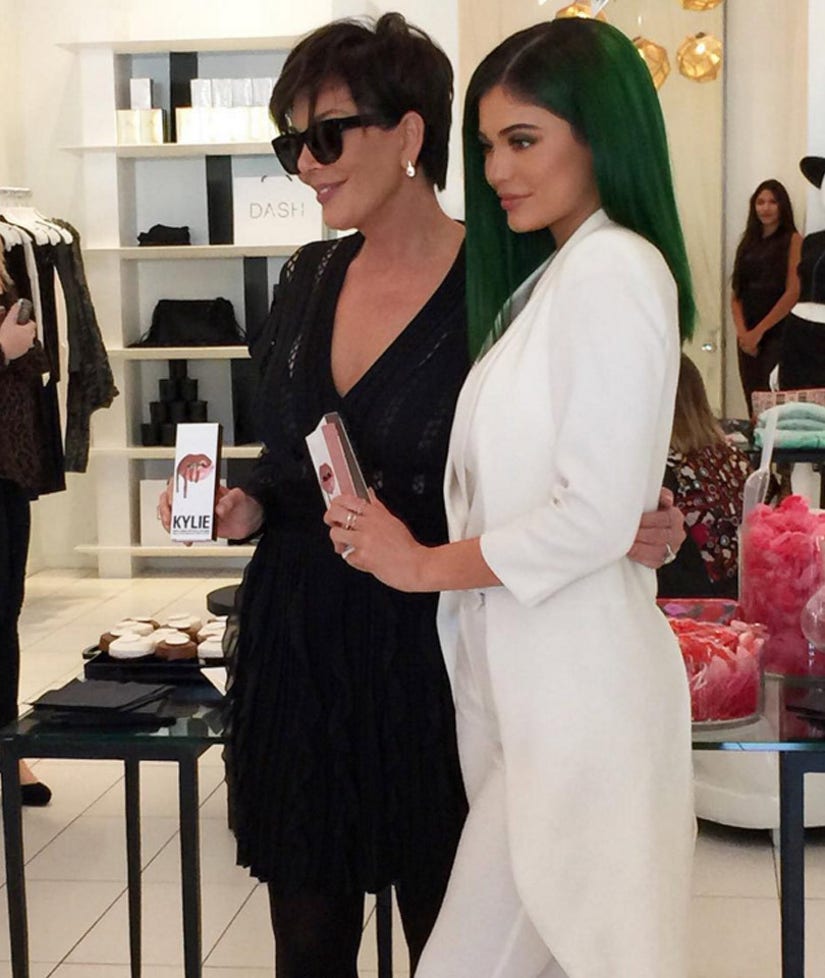 Kylie Jenner's Lip Kit finally was released on Monday, and she debuted a new 'do to launch her latest venture.

The "Keeping Up With the Kardashians" star sported a jade green lob at her party, which she paired with a plunging white top with crisscrossed cutouts and matching pants.

Her parents, Caitlyn and Kris, were on hand to show their support for their youngest daughter. Cait rocked some stylish new bangs and an all-white ensemble as the famous momager kept it classic in black and her signature dark sunnies. 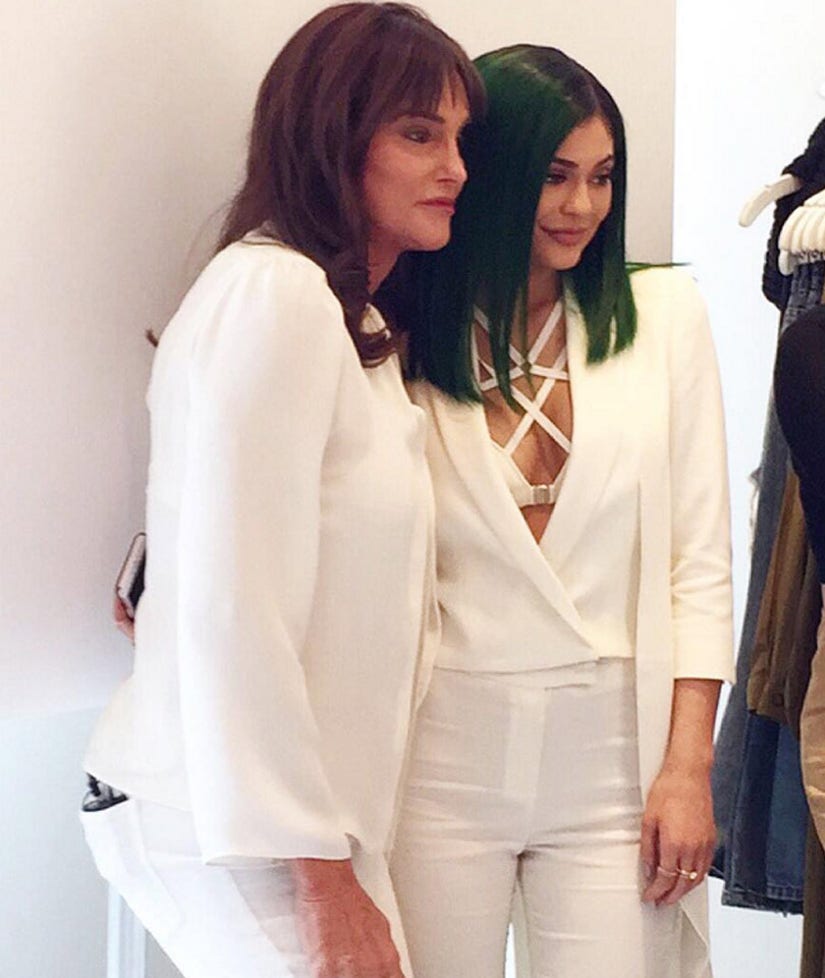 Not only is Kylie creating some buzz for her lip kit, but she also is trying to "break the internet" with her own booty-baring photo spread in Interview magazine.

Inside the mag, the 18-year-old star opens up about growing up in the spotlight.

"Kendall and I were really branded together, and we wanted to do everything together, and we were like a team. And then Kendall started doing modeling, and that was her thing, and then I started doing my own thing," she explains. "I just really want to be a businesswoman. The app was really my thing, and I worked really hard on it. And now I'm coming out with a lip kit and I'm just trying to do a lot of things on my own, so I feel like people are starting to recognize me as an individual." 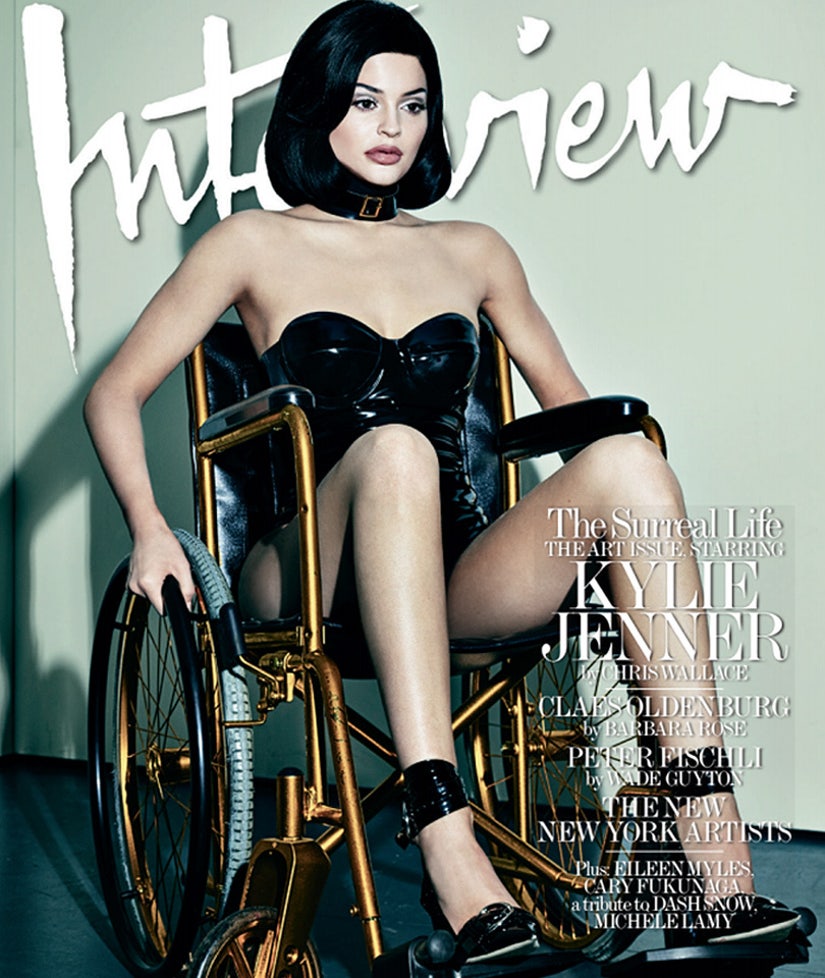 One thing that sets Kylie apart is her pout, which she seems to have mastered with some expert lip-lining techniques. But if it were up to her, she "would never wear makeup."

"I honestly hate wearing makeup. Lately, I've just been so over it. I feel like I'm way too young to wear such heavy makeup all the time," she declares. "It's just bad for your skin, but I'm always doing photo shoots or red carpets and events, so I just obviously want to look good."

For this famous teen, looking good means having fun with fashion.

"Honestly, what I think set everything off is when I cut my hair off when I was 16 and dyed it blue. After that, I just felt so free and wanted to experiment with my look," she explains. "I thought I knew who I was and what I wanted to look like, but then once I did that, I was like, 'Whoa, there's a world of difference.' I just felt like I could be whoever I wanted to be, and I'm all about, like, experimenting. I'm still so young, so I'm just having fun."