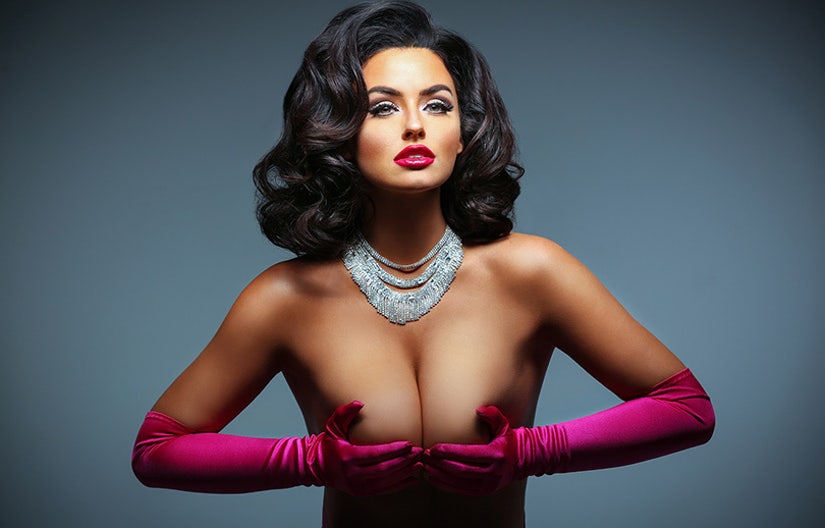 Gentlemen may prefer blondes, but Abigail Ratchford is proving brunettes might have more fun.

The busty and beautiful model puts her own sexy spin on some classic pin-up poses in her just-released calendar for 2016 -- where she's seen transforming into Marilyn Monroe's "Gentlemen Prefer Blondes" character Lorelei Lee in a "Diamonds Are a Girl's Best Friend"-inspired photo. Instead of the icon's platinum locks, however, Ratchford works a darker 'do, while preserving her modesty with her gloved hands.

In another glimpse inside the calendar, we see her take on one of the most popular posters of all time: Farrah Fawcett in that red swimsuit. 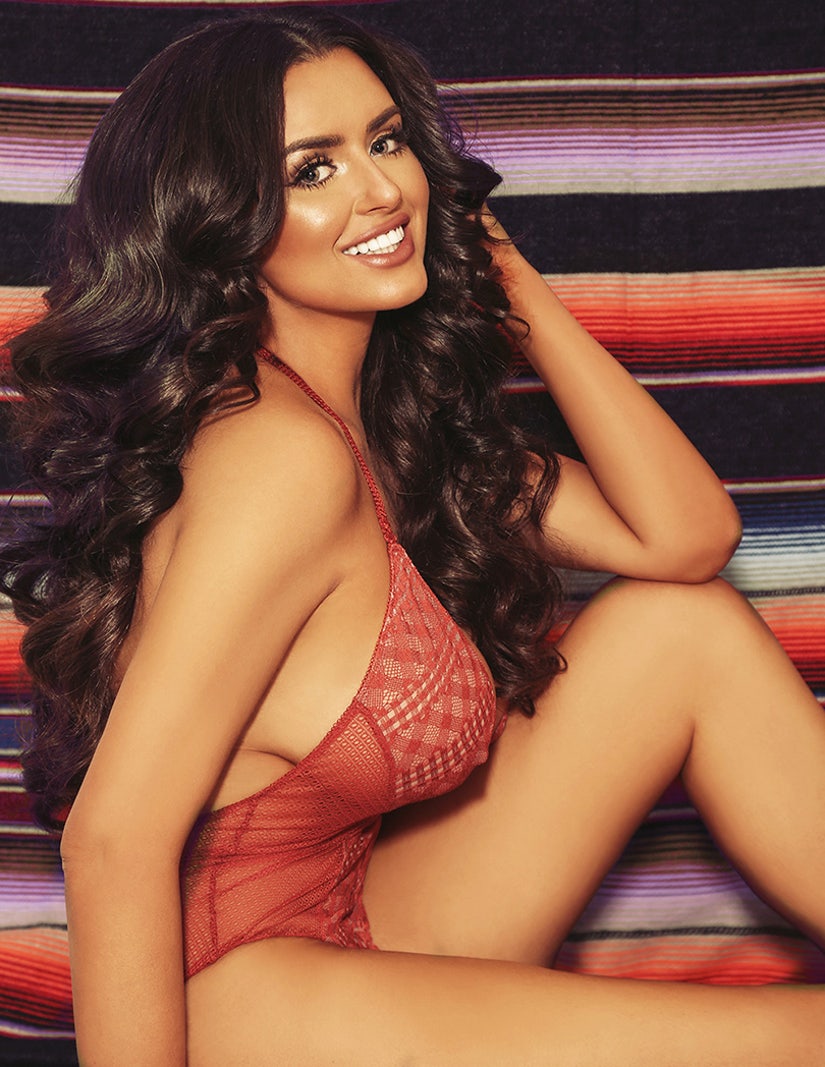 Sporting a lace red number, Ratchford once again keeps her natural brunette hair, feathering it a la Fawcett in the '70s.

As for the calendar's cover image, for that she tried to capture the most iconic woman ever: Eve. 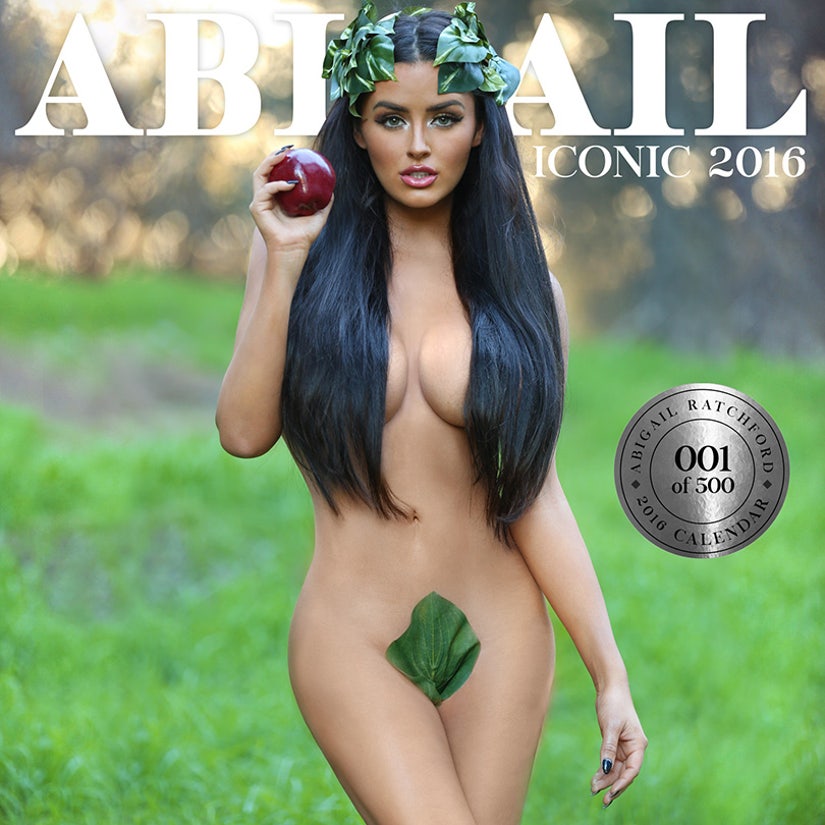 Sporting little more than a leaf and a seductive gaze, the model holds an apple for her biblical shoot. Anyone tempted?

Check out Abigail's official website to order a copy for yourself.