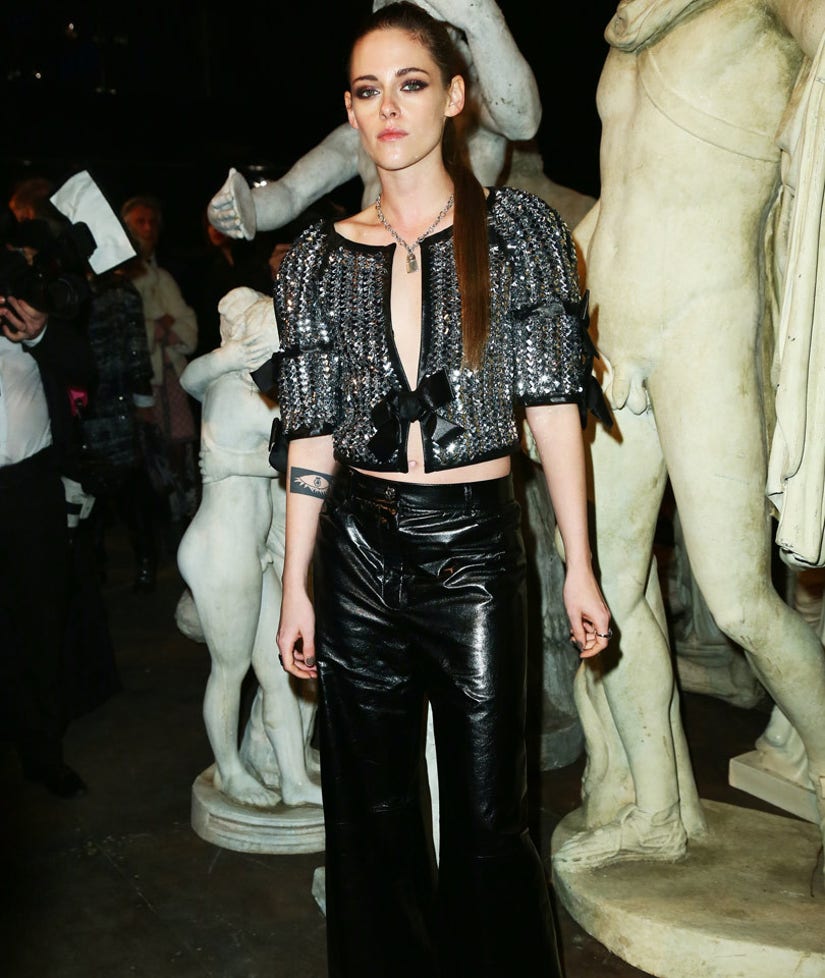 Kristen Stewart is stylishly living up to her role as Karl Lagerfeld's muse.

The "Twilight" star stole the spotlight at the famed fashion house's Métiers d'Art show in Rome on Tuesday, wearing high-waisted black leather pants and a cropped jacket with silver embroidery and nothing underneath. She traded in her signature short hair for a sleek long ponytail to complete the picture-perfect look.

The actress is not only the face of Chanel, but she also stars as Coco Chanel in a just-released short film called, "Once and Forever," that was written and directed by Lagerfeld.

The 11-minute clip is set behind the scenes of a Coco Chanel biopic, with Stewart playing a young star cast as the designer in her earlier years. She sings, dances, speaks French and has a ton of attitude.

While Kristen seamlessly slips into character, it seems she didn't have too much time to prepare for her role.

"I didn't have much of a chance to approach it until it was upon us, as we didn't receive scripts," she tells Vogue. "From the outside, it looked as though he was making it up as we went. And maybe he was. I took my cues from Karl in regard to the historical aspects of the piece and learned more about Gabrielle Chanel while shooting than I ever had. She is endlessly intriguing. Even more so now. The more I've learned the less I know, and that says a lot."

According to the fashion ambassador, Lagerfeld was a dream director. "Karl is supremely natural and thoughtful, which rubs off on an actor, always ... that confidence," she says. "His interest in cinema is clear and working with him in that way was inspiring ... to see him in yet another shade of light, thriving ... with feeling."

See Stewart in action in the clip above! 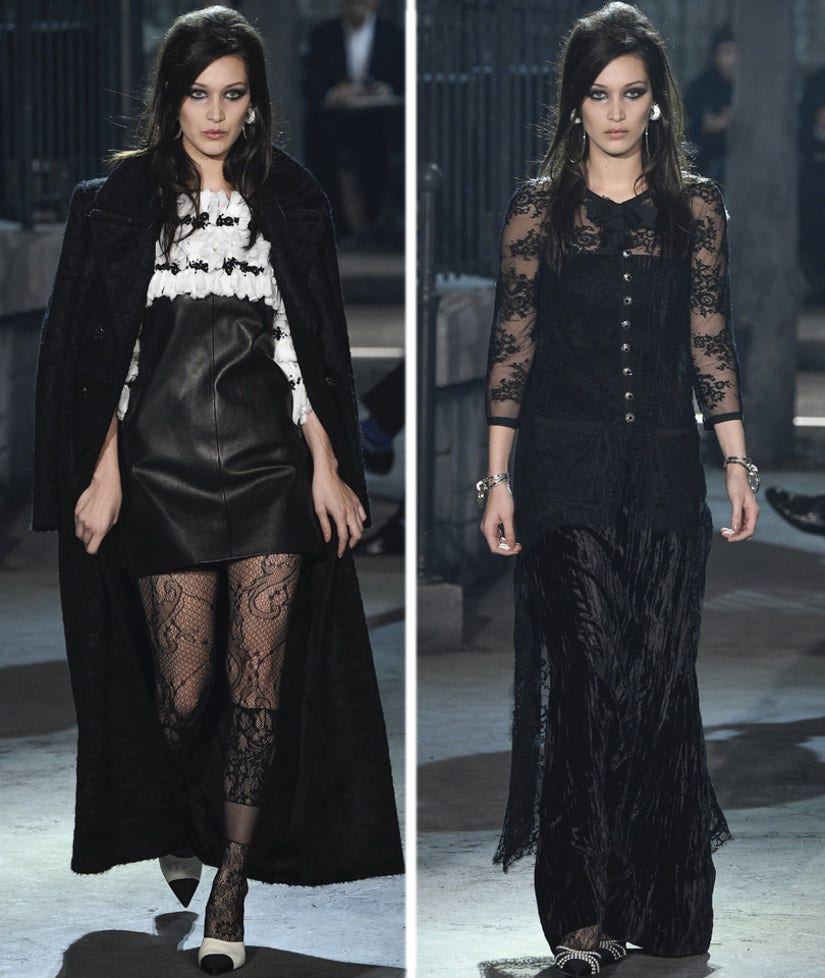 While the actress created some buzz off the runway, Bella Hadid made a lasting impression during the runway show.

She wore two looks during the big event, which was inspired by Rome's famous Cinicettà studio, with models sporting Bardot-inspired 'dos and dark black eyeliner.

Talk about a fashionable fete!