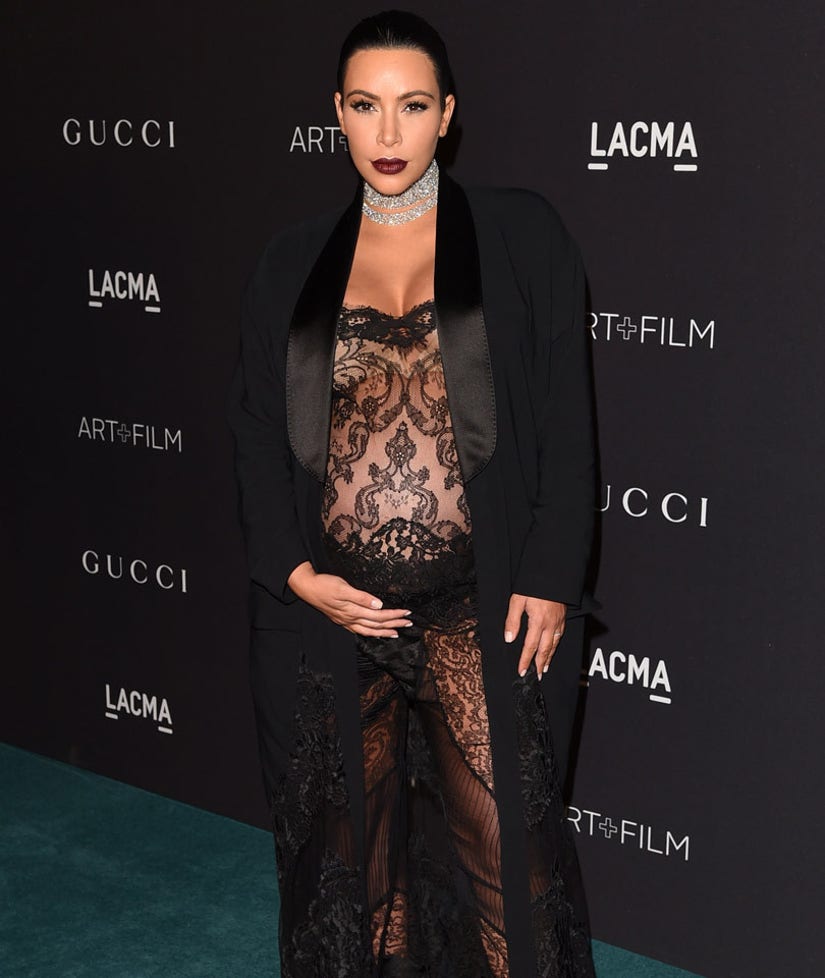 The expecting star took to her official website and app on Thursday to give an update on her bod and baby-to-be, as she inches closer and closer to her due date.

"I'm feeling fat as f--k," she candidly confesses. "My cankles are out of control," she continues, adding that she's "craving Lay's Barbecue potato chips." Aren't we all?

FYI, this is the latest shot of her belly from her Instagram page:

While the reality star clearly isn't too thrilled with her body right now, she defended herself against a body shamer earlier this week on Tiwtter.

"Of course i had to fly to Paris for fashion and foooood!!!!" the pregnant celeb tweeted on Sunday night, referring to the latest episode of "KUWTK."

"@KimKardashian al u think about is food fat bitch," one commenter responded. "Yup," Mrs. West added after she re-tweeted the nasty post.

Khloe Kardashian quickly came to her older sister's defense, writing, "@KimKardashian let the haters stay mad because we know Queen Keeks will bounce right back for another iconic return. We got u #KUWTK."

Kim got the last word by tweeting, "I just joke. i am soooo not worried about my weight and what others think. i am confident in my bounce back game lol."

She doesn't have too far to go now -- and it sure sounds like she's ready for Baby #2 to get here!