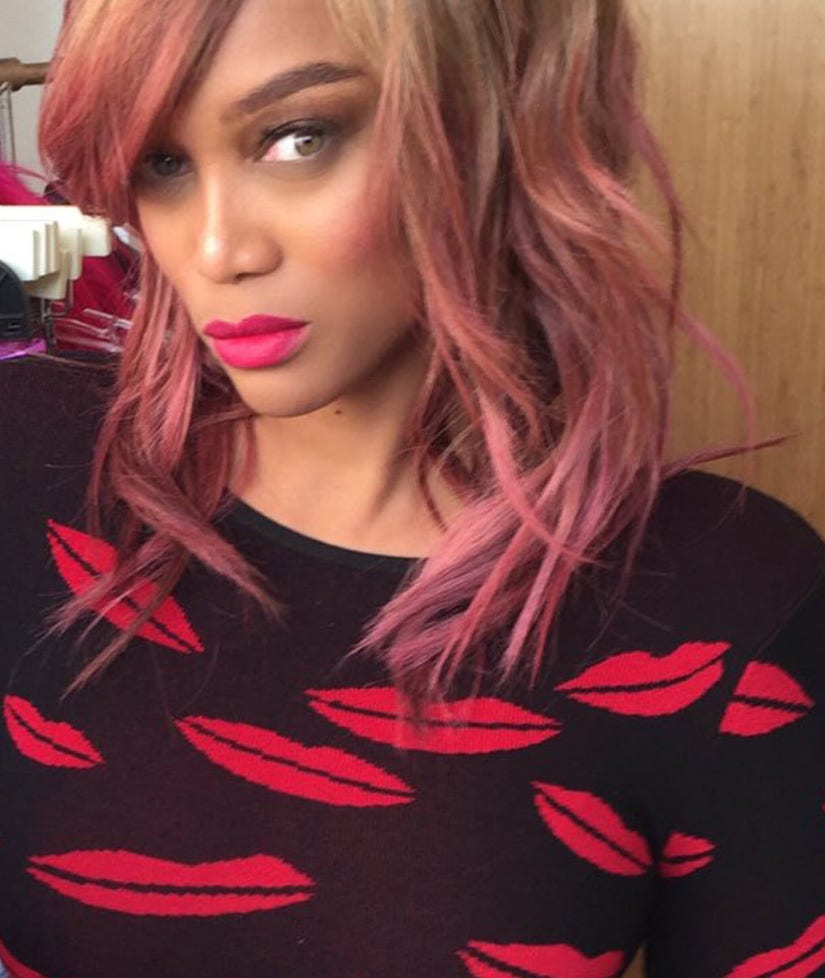 Tyra Banks took to Twitter on Friday to show off her brand new pink 'do. In the pic, Banks poses with her pale pink locks styled in tousled waves. The "America's Next Top Model" star also matched her newly-dyed tresses with with a bold pink lip and coordinating sweater.

"For my birthday, I went PINK!" the 42-year-old captioned the cute candid.

While Tyra is known for changing up her style, this might be one of our favorite looks on the former supermodel -- she also doesn't look a day over 30 in the pretty pic.

It's been a big week for Tyra, too! Aside from celebrating her birthday (and the final episode of ANTM ever!) on Friday, it sounds like Banks will also be reprising her role as Eve in the Disney Channel's "Life-Size" sequel, "Life-Size 2"! The actress originally starred in TV flick back in 2000 with Lindsay Lohan.

In the movie, Banks plays a doll named Eve who comes to life when a young girl (Lohan) accidentally casts a spell in an effort to resurrect her deceased mother.

We would LOVE to see Tyra back in that hot pink dress with her matching pink mane -- what do you think about Banks' new 'do? Tell toofab in the comment section below and click "Launch Gallery" above to see more celebs rocking pink hair!