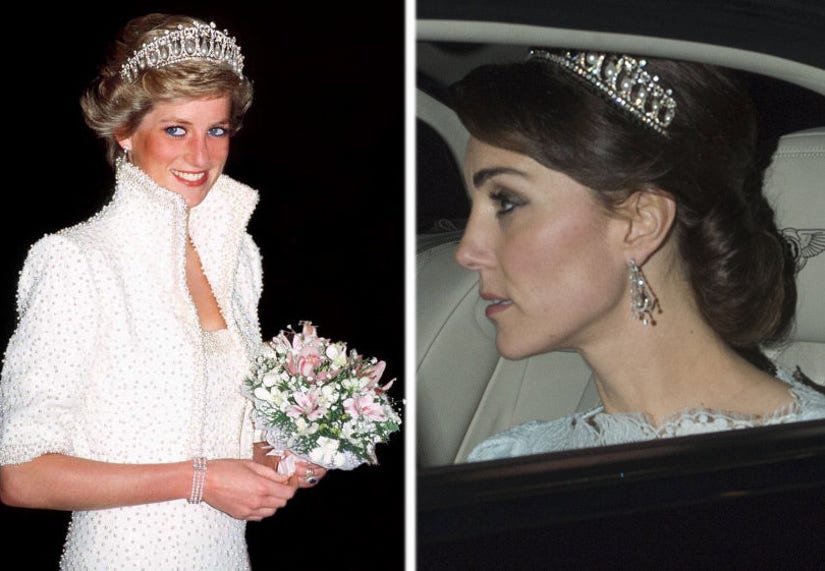 The Duchess of Cambridge was spotted in her most royal look yet as she attended the Diplomatic Reception at Buckingham Palace on Tuesday evening in London, where she was photographed wearing the famous Lover's Knot tiara.

Though initially commissioned for Queen Mary back in 1913 and subsequently worn by Queen Elizabeth II, the Lover's Knot Tiara became a staple of Princess Diana's, after she received it from the Queen on her wedding day. It was one of two tiaras she wore on a regular basis while married to Prince Charles.

The stunning head-topper is made of 19 diamond arches with large pearls in the center of each.

While Diana wore it regularly, it's unclear whether the tiara made its way back to the Queen's collection at the time of Diana and Charles' divorce or her tragic death. This is the first time it's been worn in public since.

Kate accessorized with diamond earrings -- the same ones she wore with another tiara back in October.

Middleton has really been stepping up her style game since welcoming daughter Charlotte back in May. Just last month, the family released brand new photos of the royal baby, taken by Kate herself.

See the adorable pics in the gallery below! 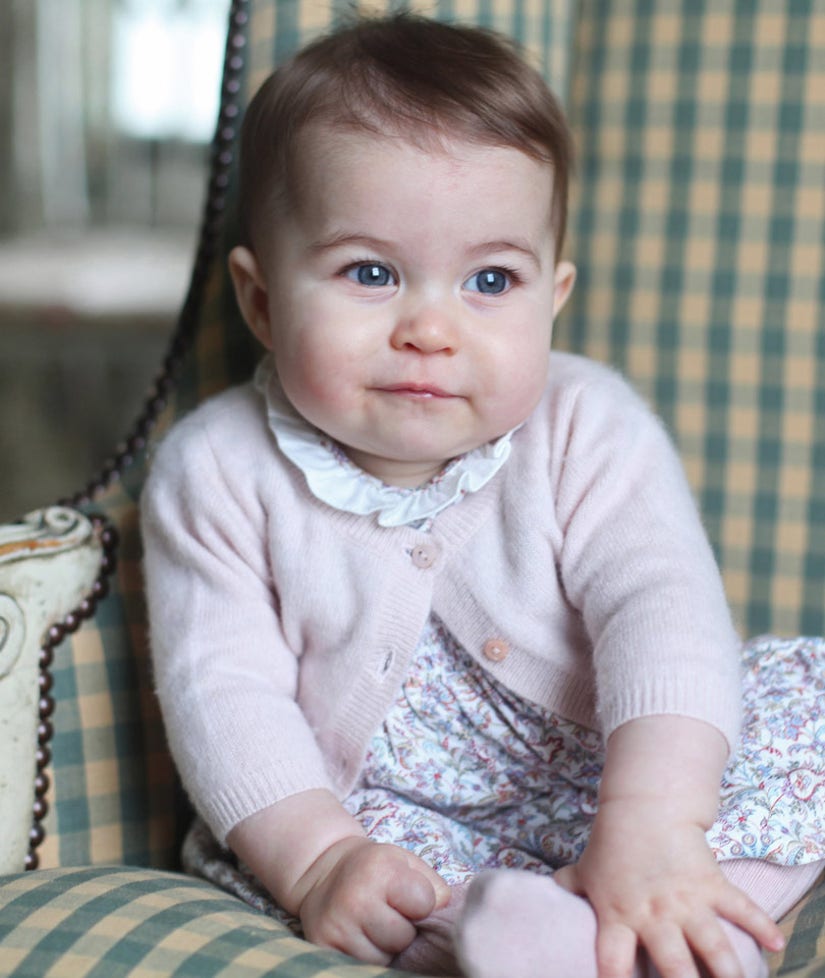