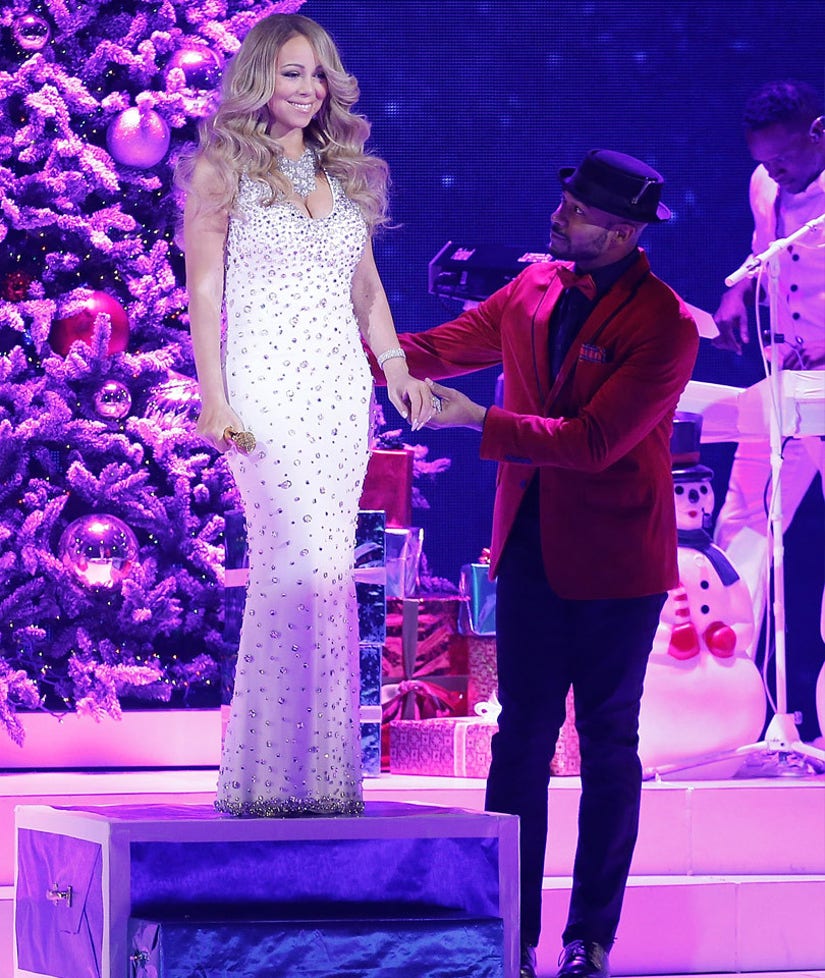 Mariah Carey kicks off the holidays in a glamorous way!

The pop diva performed the first of her eight shows at NYC's Beacon Theatre on Tuesday night with an over-the-top and glitzy holiday performance!

The 45-year-old stunned in a curve-hugging, white bejeweled gown which showed off tons of cleavage. She kept her blonde hair in glamorous waves and accessorized with a sparkling necklace.

This is the second year in a row that the mom-of-two has held her Christmas spectacular. During the performance, the "Honey" hit maker performed songs from both of her Christmas albums, "Merry Christmas" and "Merry Christmas II You." The show also featured a gospel choir, a full cast of children and Santa Claus.

The singer, who is known for her love of the holiday season, will also costar and direct the new Hallmark movie "A Christmas Melody".

What do you think of Mariah's holiday look? Sound off below then click "Launch Gallery" for more pop stars then and now!