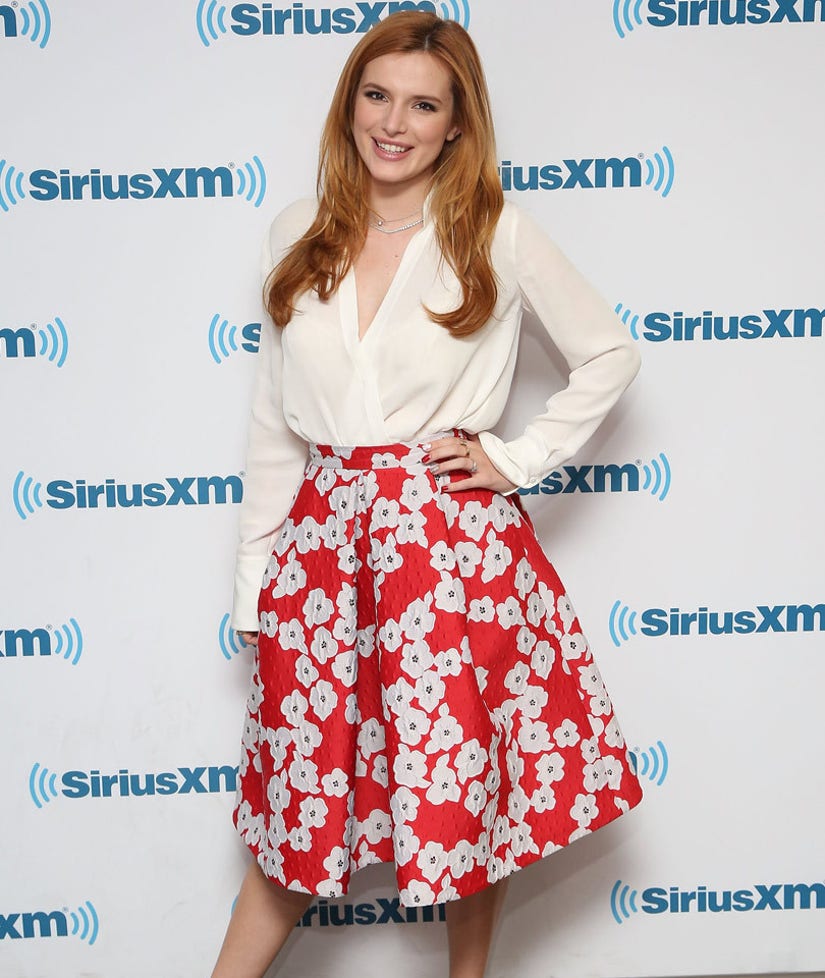 The actress appeared on HuffPost Live Wednesday, where she clarified comments she made in Seventeen magazine's November issue, throwing some major shade at an unnamed female star.

"I have a mean girl. She's in the business, and she's very, very mean," she told the mag. "I stay away from her at all costs. I never say hello to her. Her siblings are not mean like she is. It's just her. One of the reasons I don't like her is because she's been a billionaire since she was very little, and she's never had to work for anything in her life."

While the former child star declined to reveal who she was actually talking about, she gave a few more details during her latest interview.

"You know, there's a little part that's missing in there. It's not, 'I hate her cause she's a billionaire.' It was, 'I don't like her because she is a billionaire and makes sure everyone knows that she is,'" she clarified. "Which is like, you know, I didn't grow up with money or anything like that, and even if I did...I'm not very much like that. But it's not necessarily about just one person."

The 18-year-old went on to say that she spoke out to let others know that "mean girls" aren't just at school, but they're also in Hollywood, and that she's even experienced bullying as a celebrity.

"It's in Hollywood, too. It doesn't change like that," she continued. "Our life is not so overly glamorous. It's exactly what you're going through, but there's photos taken of it. And that's kind of the difference. So, it's about bullying."

When pressed to reveal who personally bullied her she quickly added that she "experiences it all the time" and that's what prompted her decision to share with her fans.

Looks like we'll still be playing the guessing game on this one!

Can you guess who Bella's mystery mean celeb is? Tell toofab in the comment section below!