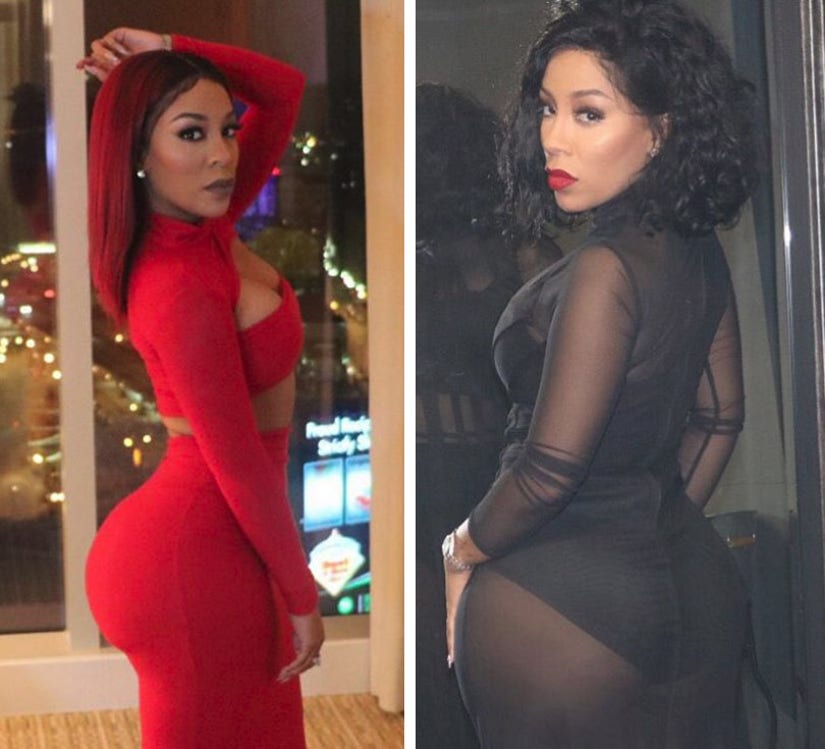 The R&B singer/"Love and Hip Hop Atlanta" star took to Instagram this morning to debut her new curves, after revealing plans to remove her butt implants earlier this year.

"Betsy is smaller, but she still makes a statement," she captioned the "After" shot (right), revealing her nickname for her derriere. "Sometimes less is more. Not finished yet, but feeling liberated getting back to myself."

In the pic, she proudly displays her smaller behind in a sheer black Ellaé Lisqué dress and black underwear.

K. Michelle opened up about her decision to reduce the rump in an interview with B. Scott back in October.

"I have like movies and different things [I'm working on], and I was having a real conversation with Tyrese — we're really like great friends. I was telling him about my butt, how I hate being typecasted because my bottom is so heavy," she said at the time.

"I can't wear designer clothes. It's always a problem when it comes to designers and like when they have to get stuff to fit my body," she added of her body issues. "I think the older you get you get tired of having to hop into your jeans!"

What do you think of her new curves? Sound off below -- and see more plastic surgery confessions in the gallery above!