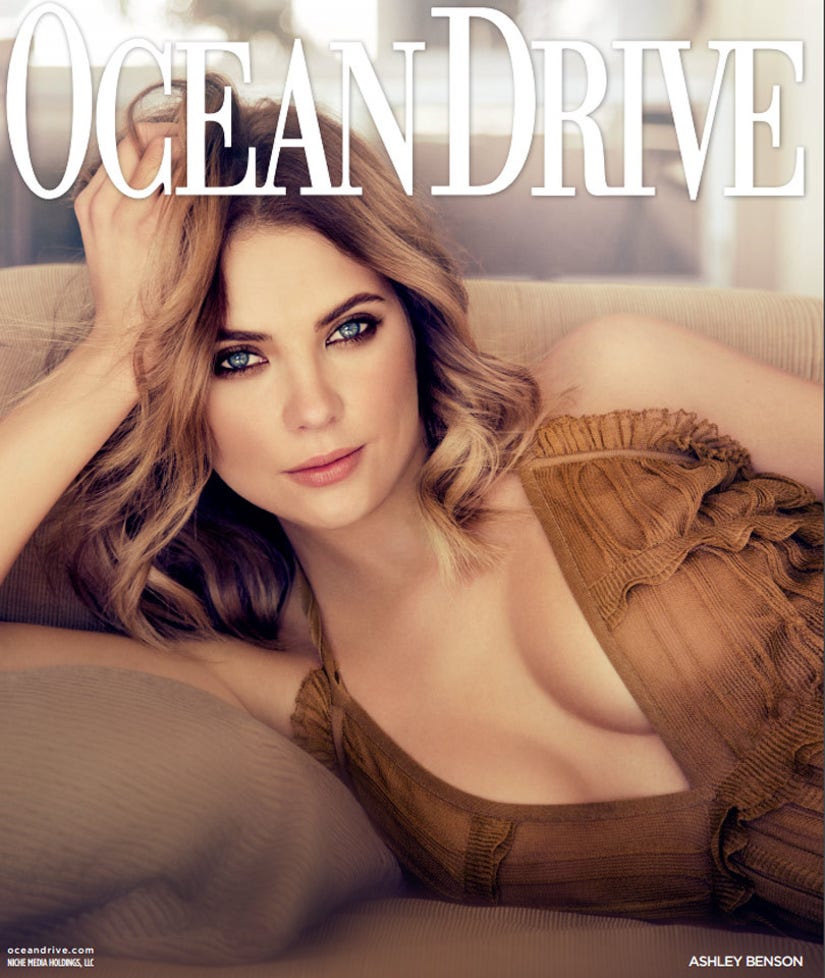 Ashley Benson is speaking out about the pressures on young women in Hollywood.

The actress star covers the new issue of Ocean Drive magazine, where she opens up about Hollywood's impractical beauty ideals, the dangers of Photoshop and dishes on the new season of "Pretty Little Liars."

Benson, who stuns in the accompanying photo spread, says that it's not uncommon to be told to lose weight for work.

"I was just told I was too fat for a part. I'm a size 2! I cried for 30 minutes, but then you have to let it roll off your shoulders or it could cause a serious eating disorder," she tells the mag. "A lot of people in this industry hear they need to lose weight more times than they should. It does make you stronger, though. Because if you let that affect you, you can't be in this industry -- you'd go crazy."

Benson's also spoken out about the dangers of Photoshop, and reveals why she felt the need to take a stance about it on social media.

"I saw photos from a shoot of myself just the other day and thought, 'What the hell? That doesn't even look like me!' I was so disappointed," she confesses. "I hate to think that girls are like, 'She's so skinny! Her skin is so perfect!' I have pimples just like they do. I wanted to show people I'm not perfect, no one is."

Benson also sounds off on the media's obsession with celebrity romance rumors. "Every time [the press says I'm dating one of my friends], we text each other like, 'Ugh, did you see this?' It's almost a joke at this point," she explains. "The press makes everyone's life out to be much more exciting than it really is. Trust me."

The "Spring Breakers" star likewise says that you'll never see her worse for wear in public, either. "It's fun to have drinks with friends, but I would never want to do anything that would sabotage my career," she declares. "I'd rather have dinner and drinks at someone's house than go bats--t crazy in public. It's not my scene."

And with the new season of "PLL" just around the corner, the blonde beauty says there are going to be a lot of big "twists and turns" in Hanna's life.

"Hanna has graduated college and has moved on. She's in a new relationship and is engaged. She's very confident in who she is. She works in fashion now and is the most successful out of all of the girls," she reveals. "There's going to be twists and turns in her new relationship, and Caleb's going to be there. He's very much a part of her life. Fans are going to be surprised at how everything has turned out, but I think it will be a fun journey for them."