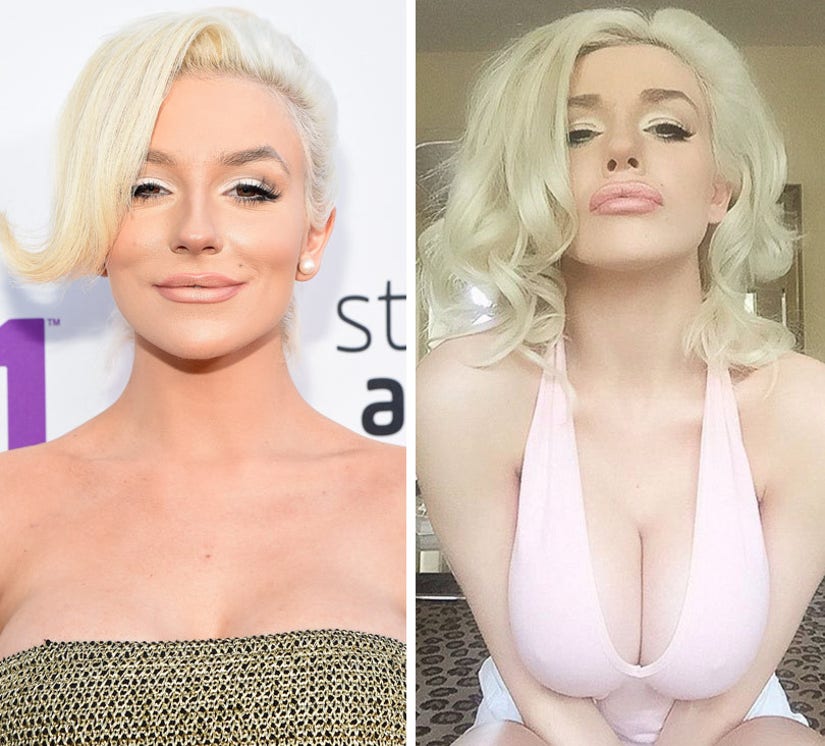 Courtney Stodden went under the knife once again!

The 21-year-old model took us behind the scenes of her latest procedure in an exclusive interview with ET as she got a nose job. While the reality star is no stranger to plastic surgery, she's had a breast augmentation and temporary lip fillers, this particular procedure had her a little nervous.

"I'm not wild about my bump on the side of my nose," she told ET. "In pictures or on red carpets I just feel really self-conscious about this bump."

But the star wasn't solo in the operating room -- her 55-year-old husband Doug Hutchison was by her side giving her some much needed support.

"I debated and kind of pulled out and got nervous," Stodden said from the operating room. "It took me a really long time to warm up to it."

While the blonde bombshell looked a little worse for wear following the procedure, two weeks later she showed off the finished product and said she was "very happy" with the results.

Courtney said she has no immediate plans to go under the knife but revealed that she wouldn't rule it out in the future. "I guess when gravity starts taking over, I might get a nip/tuck here and there, but nothing excessive."

Watch the full interview above to see Courtney's trip under the knife!

What do you think of her new nose? Tell toofab in the comment section below.