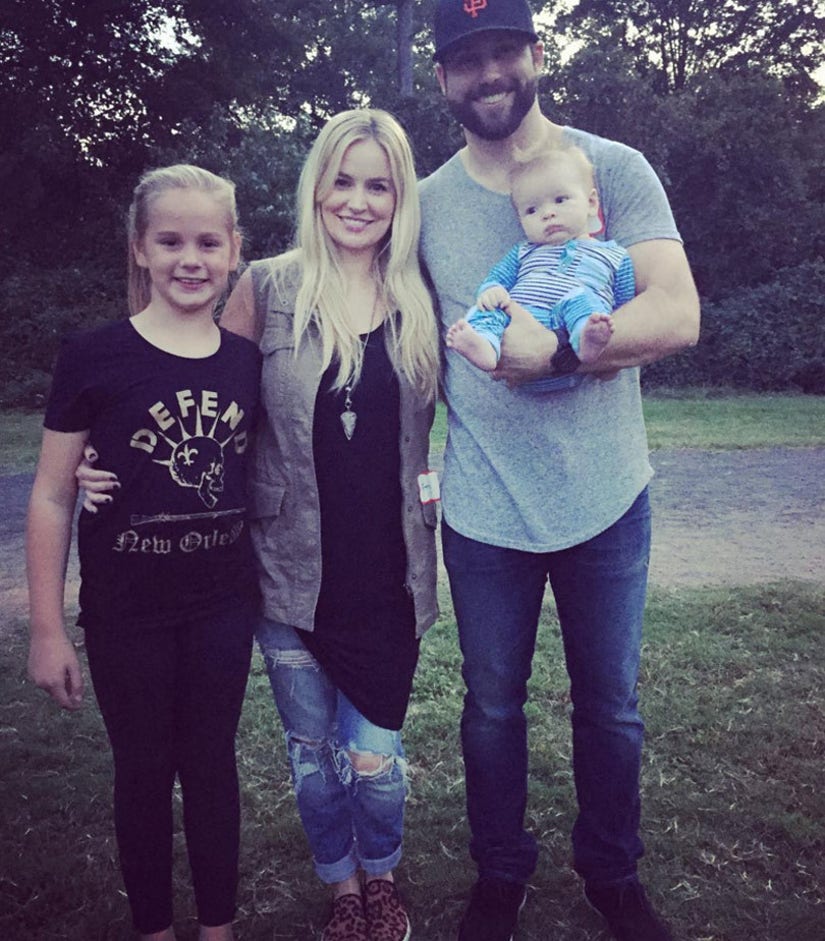 Another baby is on the way for Emily Maynard!

The former "Bachelorette" revealed on Tuesday on her blog that she is expecting her second child, her third with husband Tyler Johnson.

The pair tied the knot back in June 2014 and a year later welcomed their first kid together, Jennings Tyler Johnson.

The 30-year-old reality star is already mom to 10-year-old daughter Ricki who she had with fiance Ricky Hendrick, who tragically passed away in a plane crash.

Maynard revealed she's due at the end of this summer and got candid on her site about having another baby so soon after the birth of her son.

"Well.. I'm pregnant. Again. And before you even say anything, yes, I realize I just had Jennings like, 2 seconds ago," she joked. "I guess I should've read that part in the baby handbook that says you're super fertile after giving birth, huh?"

The star said that while she "couldn't be more excited" to add to her family she had no idea that it would "happen so quickly."

"Some of my closest friends have had a really hard time getting pregnant and my heart breaks for them, so I'm just so grateful for this blessing God has given our family."

What do you think of Emily's baby news? Sound off below then click "Launch Gallery" for more "Bachelor" and "Bachelorette" couples!