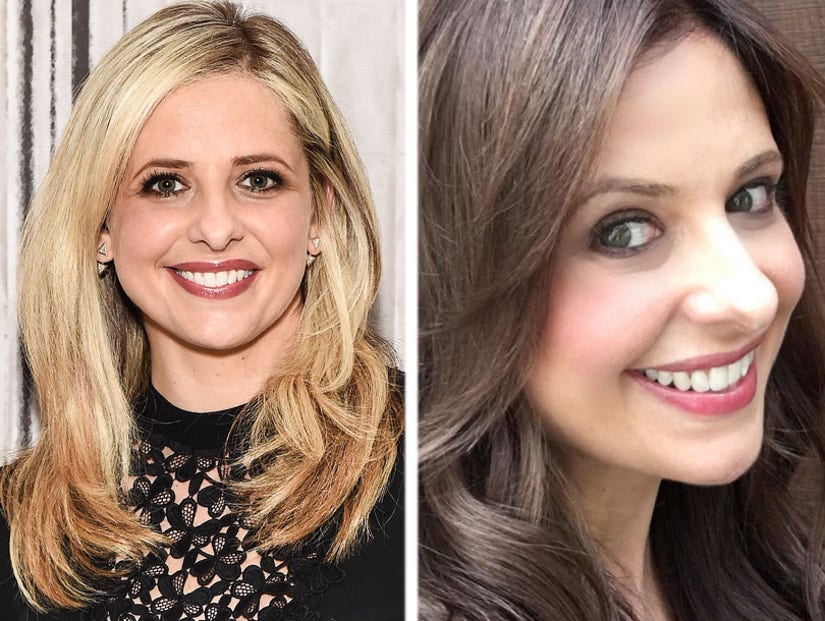 Sarah Michelle Gellar has gone to the dark side!

The actress took to Instagram on Friday and showed off her brand new brunette 'do, as she preps for the TV reboot of "Cruel Intentions."

"#brownhairdontcare (actually kind of love it!!) thank you everyone @andylecomptesalon," she captioned the pic.

In the photo, the formerly-blonde star shows off her new dark tresses while flashing a big grin. While the mom-of-two didn't give a reason for her hair switch up, she recently signed on to reprise her role as the villainous (and brunette) Kathryn Mertruil in the upcoming NBC series.

The 38-year-old "Buffy" alum rocked raven locks for the 1999 film and also shared a photo of the pilot's script on the 17th anniversary of the film's release. "How I am spending the 17 anniversary of the release of #cruelintentions #Crueltv," she said of the pic.

Gellar announced she'll return for the series on Instagram last week, with a Then & Now photo and the caption, "That's right 'everybody loves me, and I intend to keep it that way' #kathrynmerteuil is back!!! I am happy to say that I will be joining them (and @nbctv ) on the new #Crueltv."

What do you think of Sarah's new look? Sound off below then click "Launch Gallery" for more star's who've switched up their 'dos!