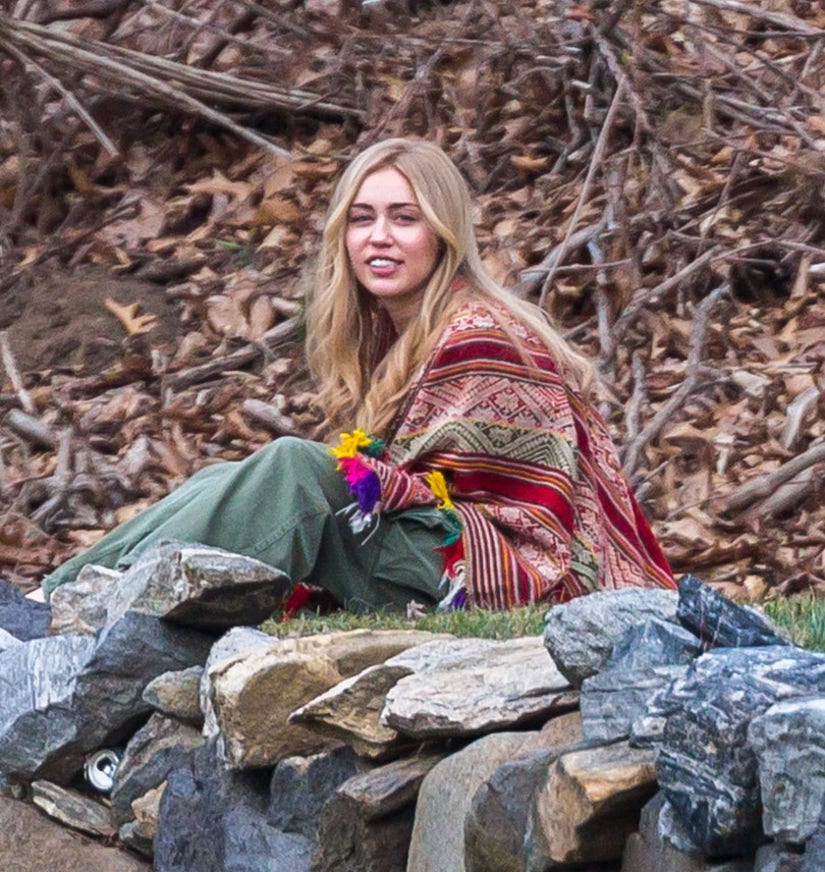 Now we know what Miley Cyrus would look like if she never cut off all her hair.

Paparazzi snapped up some images of the musician/actress on the set of Woody Allen's new Amazon series … and that long blonde wig she's got on is a stunning reminder of her days as Hannah Montana!

No, Woody Allen's show isn't a revival of the Disney Channel hit, but a series set in the 1960s. Miley's wig is part of a whole flower child getup, complete with a multicolored shawl and what appears to be green cargo pants.

The former child star announced her casting in January on Instagram, uploading a photo of a dimly lit painting depicting Woody, now 80, as a young man.

"F--k yeah! Stoked to be in Woody Allens first series!!!!!" Miley wrote in the caption. "I had claimed 2016 to be my year of 'chillin the f--k out' but next to my bed for a few years now has been this portrait of W.A. & I was looking into his eyes when I got the call to be apart of the cast and work alongside the bad a$$ Elaine May & da dude himself!"

Elaine May, 83, is a writer, actress, comedian, and director who rose to fame alongside comedy partner Mike Nichols during the late 1950s and early 1960s.

Allen himself has been typically self-effacing about doing an Amazon series, saying in an interview with Deadline that "I have regretted every second since I said OK. It's been so hard for me."

We're definitely exciting to see what Allen makes of the new medium.

What do you think of Miley's on-set look? Is it working for her? Let us know in the comments!