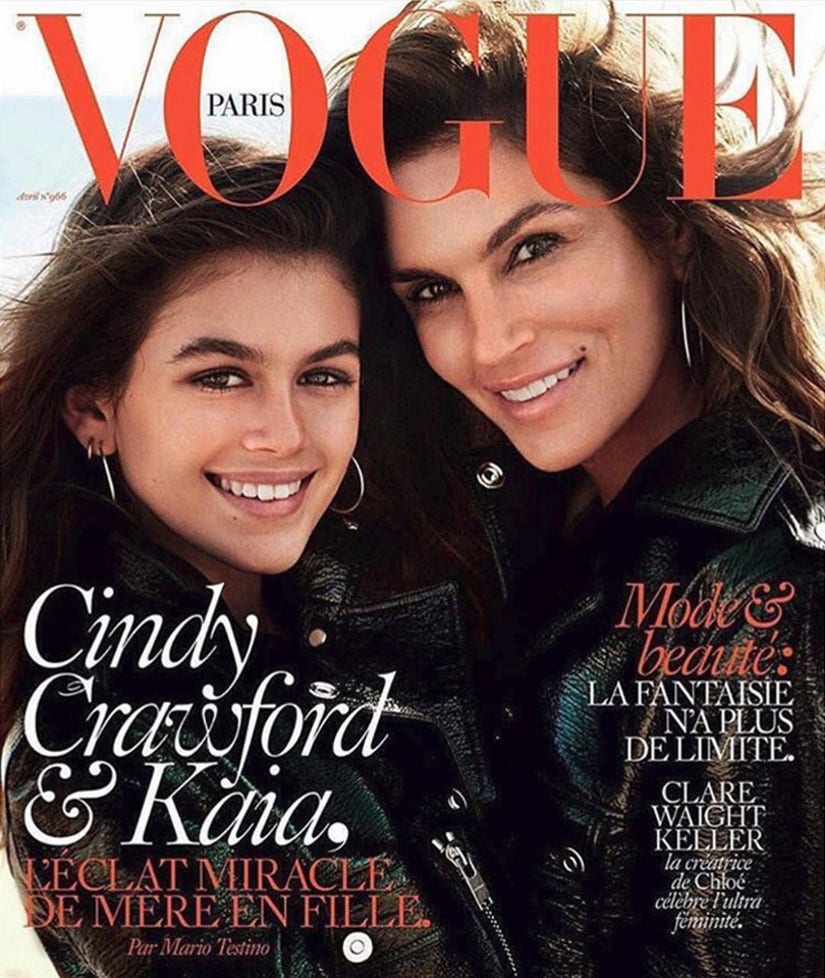 Cindy Crawford and her model daughter Kaia Gerber cover the new issue of Vogue Paris together, and the supermodel posted a sneak peek of their magazine spread via Instagram on Monday.

In the shot, Kia looks just like her famous mama wearing silver hoop earrings, a black motto jacket and her brunette tresses styled in beach waves. Crawford matches her daughter in the same designer duds as they pose with giant smiles on their faces.

"Such a special moment sharing a cover with my daughter — April issue of @VogueParis Photo by @MarioTestino. Styled by @EmmanuelleAlt. Hair by @JamesPecis. Makeup by @TheValGarland," she captioned the pic. 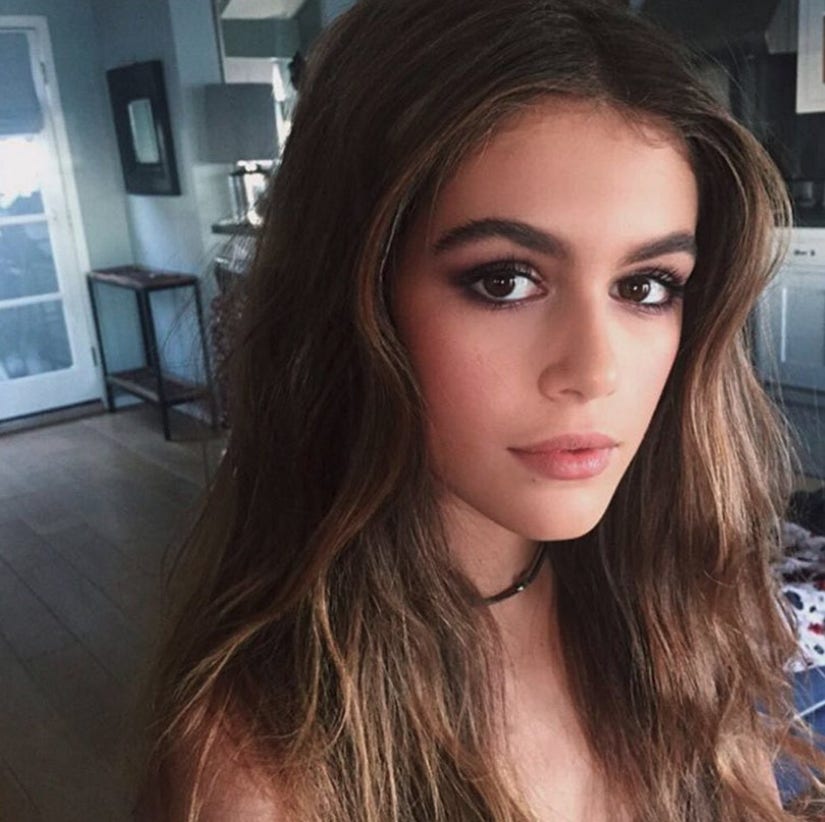 Though Cindy previously joked that she's retired from modeling, her daughter is well on her way to following in Crawford's famous footsteps. Kaia landed a fashion campaign for Chrome Hearts in February and has long been sharing modeling shots on her Instagram page.

"Kaia's blossoming into such a beautiful young woman and I really want to let her shine," the 50-year-old beauty recently told Net-a-Porter's The Edit. "I don't want her to feel in competition with me, although I'll tease her, and say, 'You have my old hair — give it back!' Or, 'Give me back my legs!' But she'll be fine… She's much more together and worldly than I was at her age."

What do you think about their mother-daughter Vogue debut? Sound off below and check out the gallery above to see more celebrity model offspring!