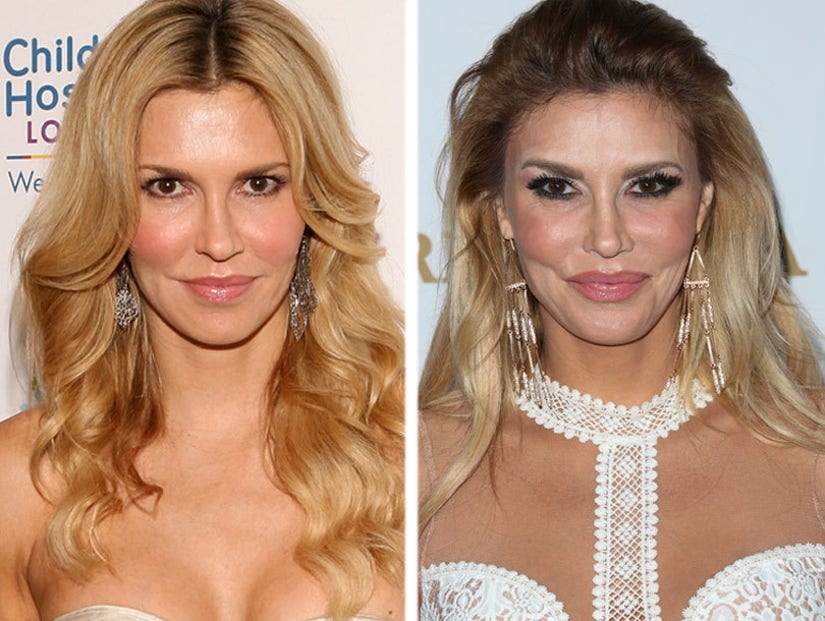 The former "Real Housewives of Beverly Hills" star was forced to set the record straight on her looks after the Daily Mail called out the star and claimed that her constantly changing face is the result of "tons" of cosmetic work.

The mom-of-two took to Twitter and called out the site for their story, telling fans she has not had anything done recently, but is just getting older and has lost some weight.

"Me almost makeup free yesterday am - pls people I'm getting older it sux trying new looks not surgery that's it!" she added, along with a natural photo of her and former housewife Carlton Gebbia.

The Daily Mail article came on the heels of this week's "Watch What Happens Live," where "Broad City" star/guest Ilana Glazer commented about Brandi's appearance after being shown a sneak peek at next week's "RHOBH."

Brandi has admitted to tweaking her mug in the past. During an episode of the "Botched" after show, "Good Work," Brandi admitted to getting a few touch-ups, some of which didn't always turn out right!

Do you think Brandi's looking a little different these days? Sound off below then click "Launch Gallery" for more stars who've admitted to plastic surgery!