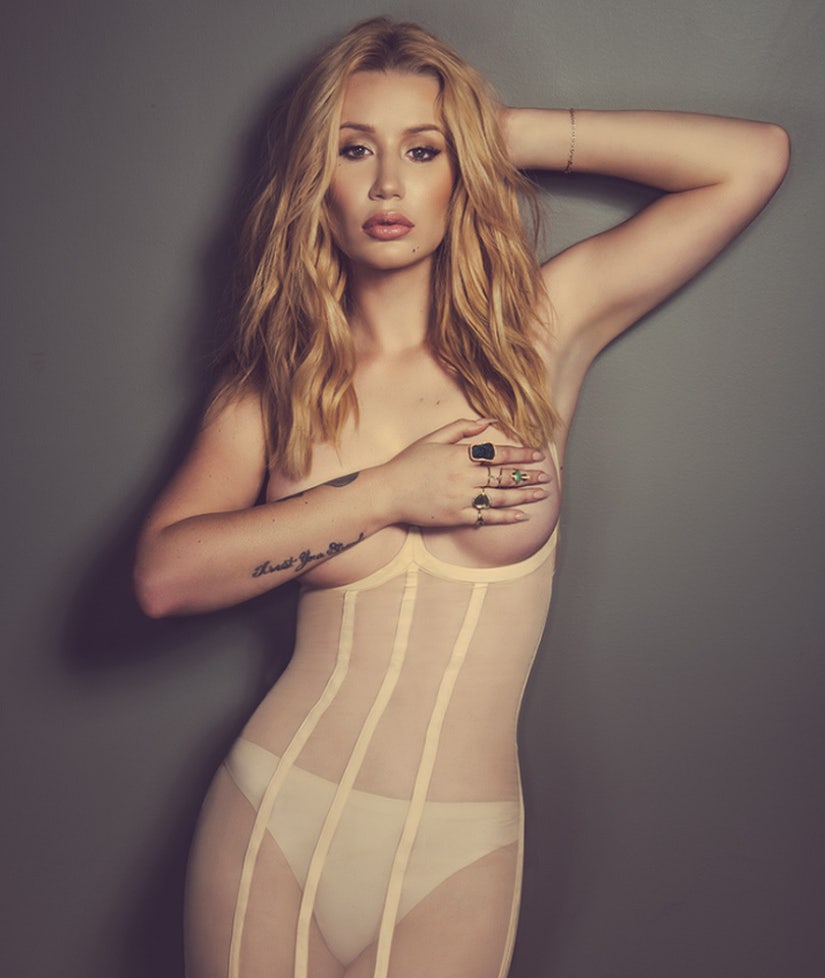 Iggy Azalea's at the center of yet another controversy!

This week, the 25-year-old rapper tweeted out a pair of topless photos taken for her appearance in Schön!, a mag based in London.

The difference between the pics? One had been very noticeably retouched.

@IggySlaysUrFave love it, but i much prefer the picture before they photoshopped my thighs and hips to seem skinnier pic.twitter.com/6TfAA8gX9l

The one on the right is what appeared in the magazine, the left is the un-retouched version.

Iggy didn't hold back her opinion of the alterations, writing, "love it, but i much prefer the picture before they photoshopped my thighs and hips to seem skinnier."

When another Twitter user asked why Iggy's photo had been modified, she admitted she had "no clue - but im very happy with my body the size it is and prefer it that way."

A few tweets and roughly an hour later, Iggy took pains to soften her reaction. "its okay," she responded to a Twitter user who was miffed at the change, "i dont want to be rude to them. everyone was really nice. i just... like being 155pounds. Lol."

Yet another Twitter went so far as to ask for a high quality version of the original snapshot, and Iggy got even more careful. "i dont really want to make some thing of me bashing a magazine or making trouble," she tweeted. "i showed you guys what was up and thats it."

So, the official line is - she has no beef with the mag! Just with capital letters. And apostrophes.

What do you all think? Let us know in the comments!