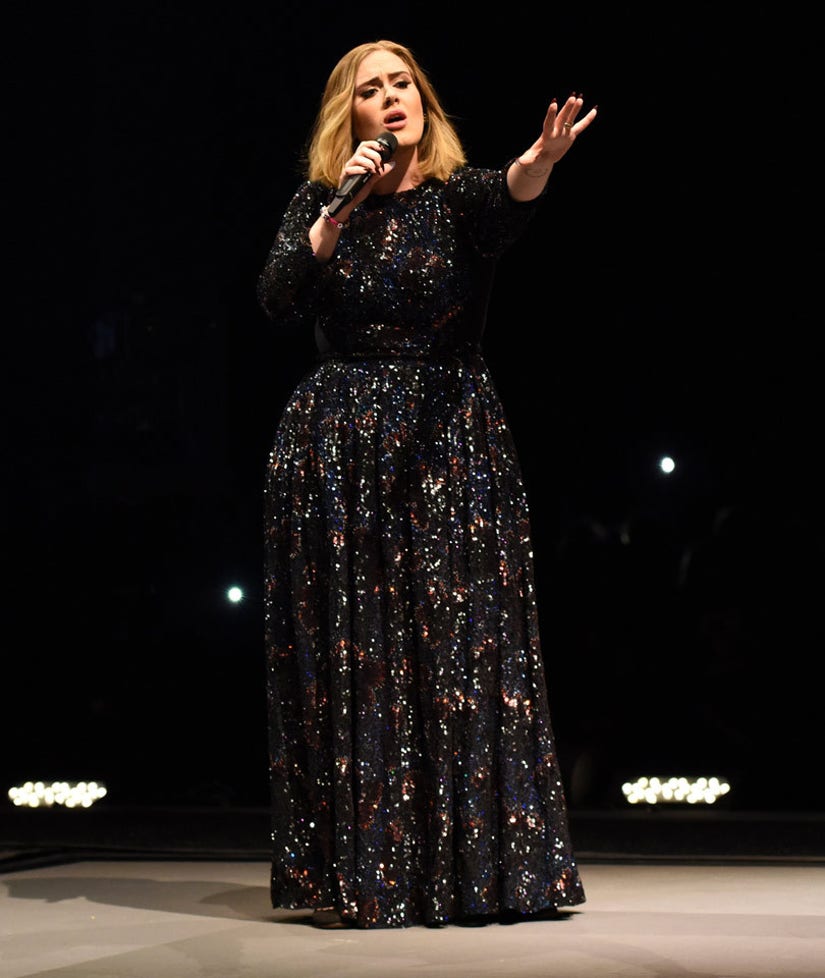 Adele is keeping it really real!

The "Hello" singer opened up about her pregnancy with her son Angelo James Konecki, who she welcomed in 2012 with boyfriend Simon Konecki, to her fans during a Glasgow concert in Scotland.

"When I got pregnant, I had so much testosterone in me that I grew a beard," she said while on stage, according The Mirror.

"I only cropped it last night," she joked. "It's actually true. I'm not telling a joke. I actually have a beard, but I'm proud of it. I call it Larry."

The Grammy-winning singer says the extra hair helped her relate to her beau Simon, who likewise has a preference for his own facial hair.

"My man's got a good beard," she continued. "He trims it sometimes in the summer. I do have a beard myself, so I can understand when it gets hot in the summer."

What do you think about Adele's hilarious pregnancy confession? Sound off below and check out the gallery above to see more pop stars then and now!