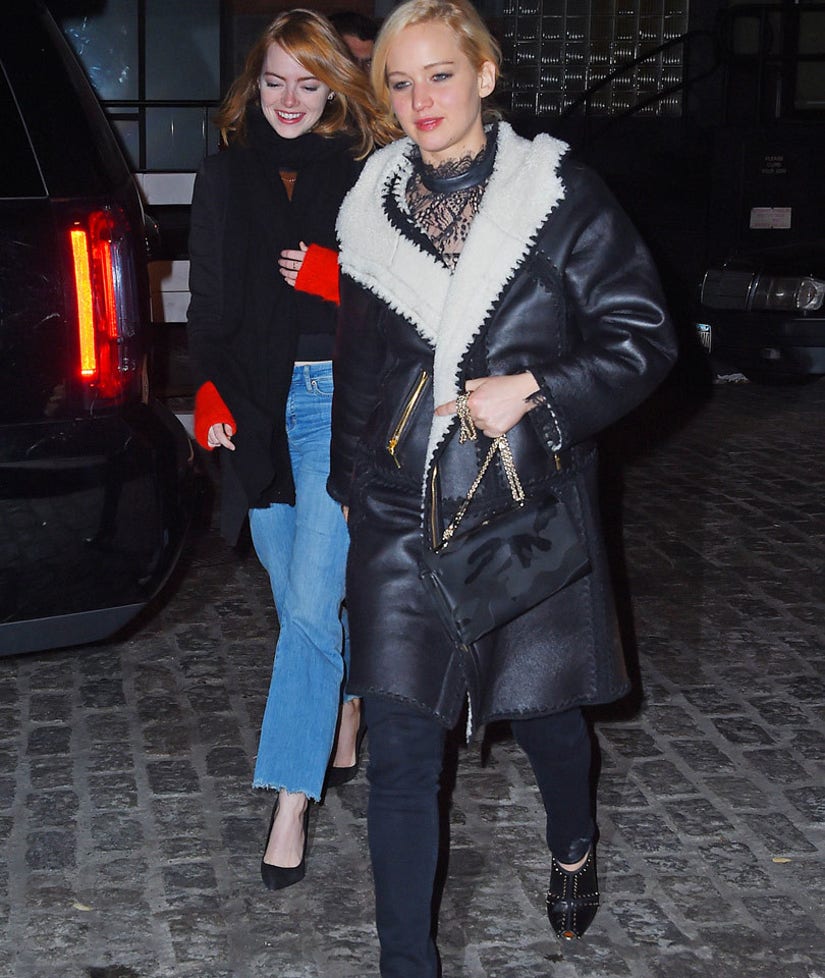 We can always count on Jennifer Lawrence to give a very candid interview, and her feature in the May issue of Harper's Bazaar is no exception.

The actress, who looks gorgeous on the cover of the mag, hilariously recalls the time she had way too much to drink with pal Emma Stone at Adele's concert in Los Angeles.

She adds, "Ask Emma Stone. It was the night we saw Adele in L.A. She just started rubbing my back. She was really sweet. I was like, 'Get out of here. It's so gross.'"

It seems Jen's "Hunger Games" costar Woody Harrelson even joined in on the fun!

"Woody cut his foot. He stayed over in one of my guest bedrooms, but that's where I started puking. I broke a candle because I can't just puke like a normal person—I flay my arms everywhere. And I didn't clean it up because I'm an asshole. The next day he cut his foot open," she recalls. "I was like, 'F--k, am I going to get sued?' And he's like, 'Are you going to ask if I'm okay?' ... That night got crazy." 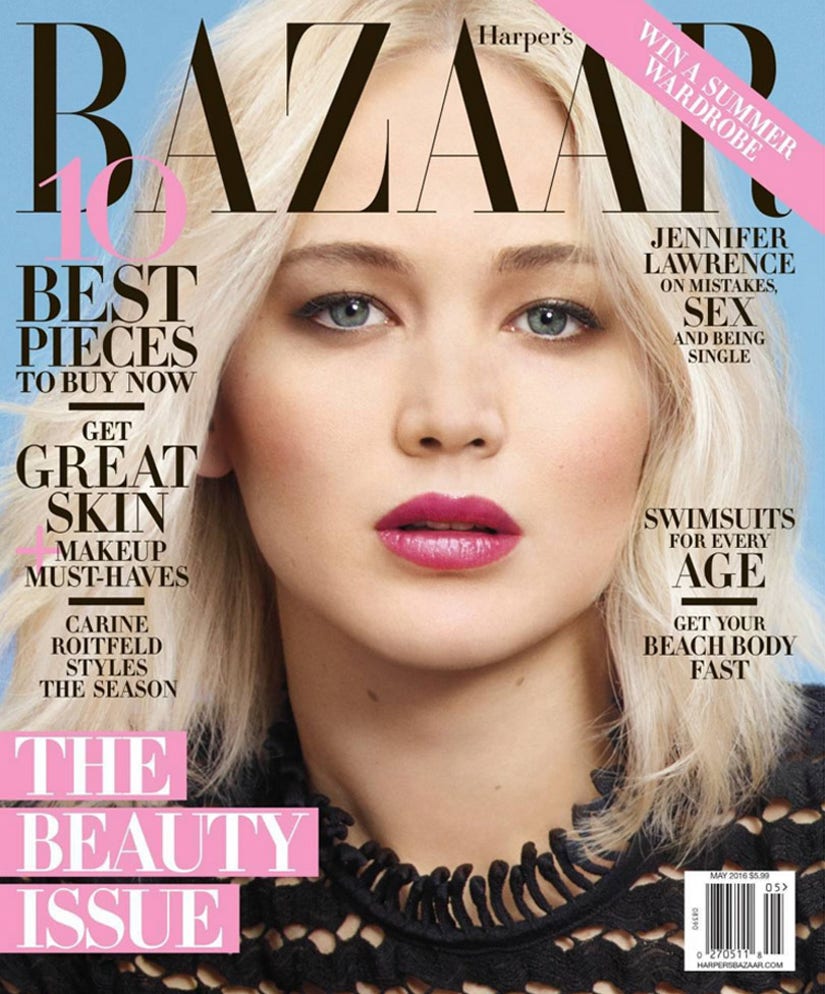 Not only does J.Law talk about her wild ways, but she also touches on being the girl with the "normal body" in the film industry.

"I would like us to make a new normal-body type. Everybody says, 'We love that there is somebody with a normal body!' And I'm like, 'I don't feel like I have a normal body.' I do Pilates every day. I eat, but I work out a lot more than a normal person," she declares. "I think we've gotten so used to underweight that when you are a normal weight it's like, 'Oh, my God, she's curvy.' Which is crazy. The bare minimum, just for me, would be to up the ante. At least so I don't feel like the fattest one."

Despite being one of the biggest movie stars on the planet right now, the "Joy" star says no one should be intimidated by her.

Part of Jennifer's charm is that she always tells it like it is. She recently created a ton of buzz for her pay equality essay.

"I had no idea it was going to blow up like that. And I obviously only absorbed the negative. I didn't pay attention to the positive feedback," she says. "My parents get really upset. They do not like me speaking out about anything political because it's hard to see your kid take criticism. But, really, people who criticized it are people who think women should not be paid the same as men. So I don't really care what those people think…I try not to be too sensitive to the 'poor rich girl' jokes. I was saying my reality is absolutely fabulous, but it is not the reality of a lot of women in America. That's what I'm talking about."

Read Lawrence's full interview in Harper's Bazaar when the May issue hits newsstands on April 19.