Would you keep your cool if Oprah Winfrey just sauntered into your Weight Watchers meeting one day?

Well, a group of her fans found out when that happened to them earlier this week!

After buying a 10% stake in the weight loss brand last year, the 62-year-old daytime superstar finally swung by her first meeting on Tuesday, and posted a video of the event to Facebook.

With BFF Gayle King trailing behind her, Oprah approached the meeting as quietly as possible, confiding to the camera in a low voice that her fellow attendees "don't know I'm coming."

When she and Gayle finally entered the room, everyone, as you might imagine, totally freaked the out. 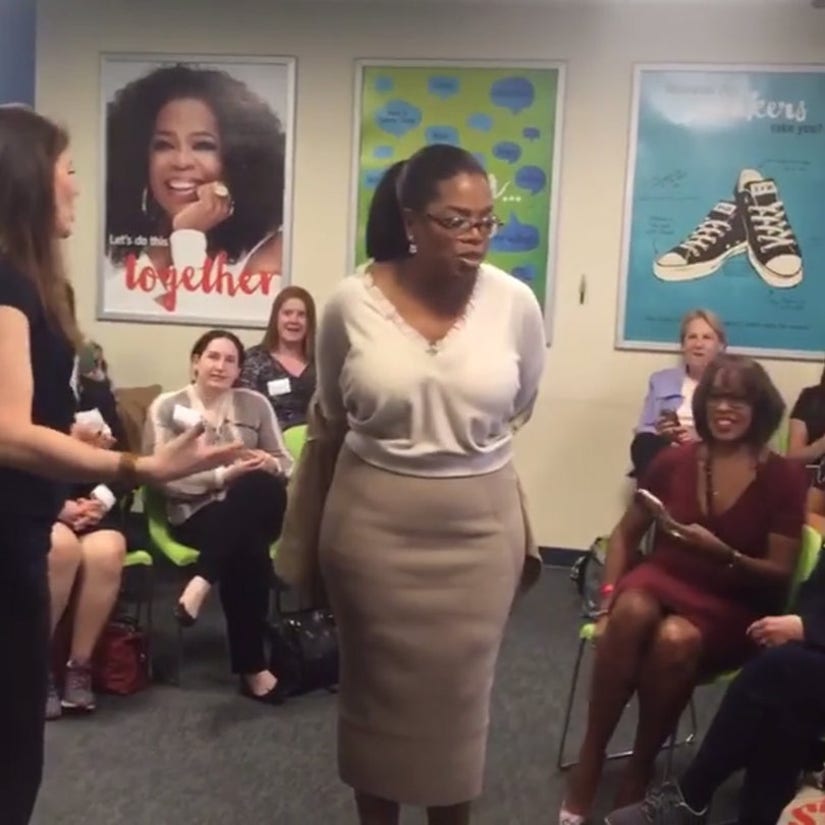 Members started to applause, with several smacking their hands over their mouths and exclaiming, "Oh, my God!," before Oprah stepped up to the front of the meeting and addressed all of her fellow weight watchers.

"Hello, all you all," she crowed, which led another round of clapping, "Weight Watchers!"

Even the group's leader, "Coach Lisa," who'd been briefed that Oprah would be there, looked on the verge of tears from excitement. "This is my dream come true," she gushed, "on many levels."

"We're live on Facebook right now," Oprah revealed to her thrilled fans. Coach Lisa was quick to make sure that was all right with everyone, to which Oprah joked, "That's not okay if you told your husband you were somewhere else."

The joke was a huge crowd-pleaser, and so was the moment shortly afterward when Oprah and Gayle got their first "bravo stamps" - rewards Weight Watchers hands out "to celebrate behavior change," as Coach Lisa explained.

"Oh, it's like getting a gold star!" said Oprah.