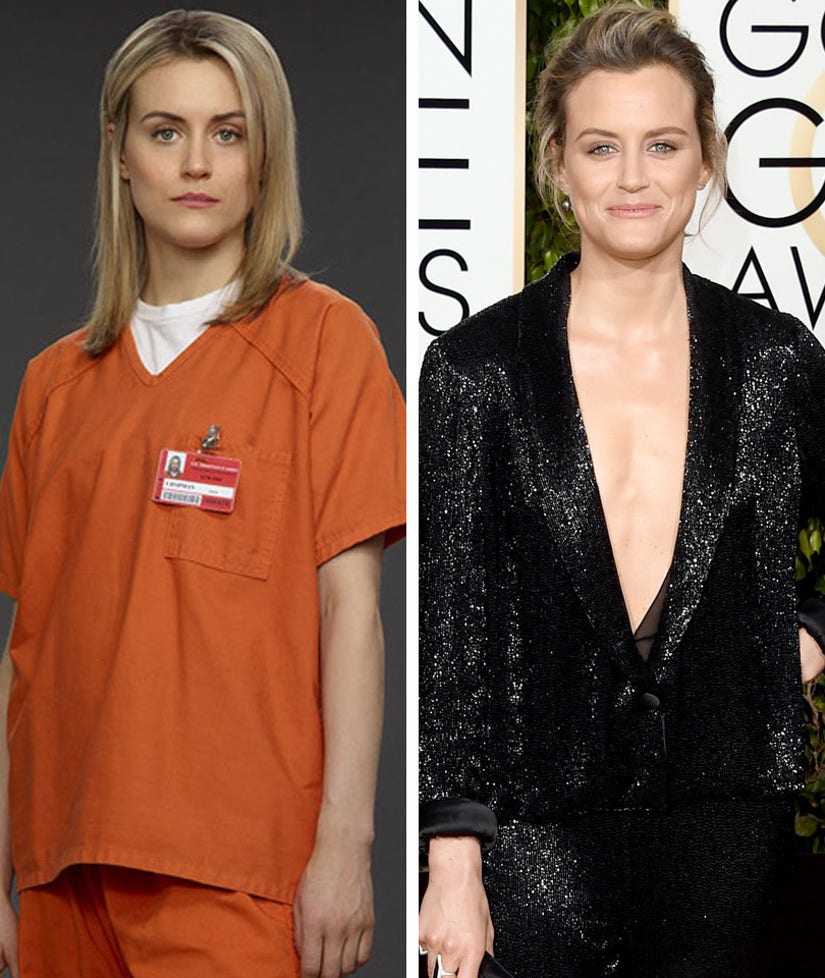 Netflix's "Orange is the New Black" is known for raising a lot of provocative questions, not least of which is: how does Taylor Schilling look that sensational without makeup?

As Taylor, 31, reveals to PEOPLE this week, her make-under as inmate Piper Chapman isn't quite what it seems.

"It does take time to get Piper [ready] — it takes far more makeup than you would imagine for me to look like I'm wearing absolutely no makeup," she admits.

Still, she says the fact that the character doesn't wear makeup is "very liberating," in the sense that, "It knocks away one level of artifice, and I think that is what I appreciate most about acting."

Sometimes, she adds, "lots of makeup helps" her find a character, but "In this situation, in the story of Piper Chapman, it really illuminates interesting parts of her that she doesn't wear any makeup."

"I like having a really good natural cleanser because my face does have a lot of makeup on it when I'm working a lot," she explains. "So it's really important for me to have a very good cleanser and a SPF tinted moisturizer, but oftentimes I just go to a sunscreen."

In those circumstances, "I just wash my face and put on moisturizer and sunscreen and I'm good to go." That sunscreen became a must-have for her, she adds, "because nothing works when my skin is dry, sore or sensitive in any way."

This is something her career has forced her to learn. After "the time I've spent in the makeup chairs, I've come to really appreciate taking care of my skin in a way that I may not have had I not had my job."

Season 4 of "Orange is the New Black" hits Netflix on June 17th.