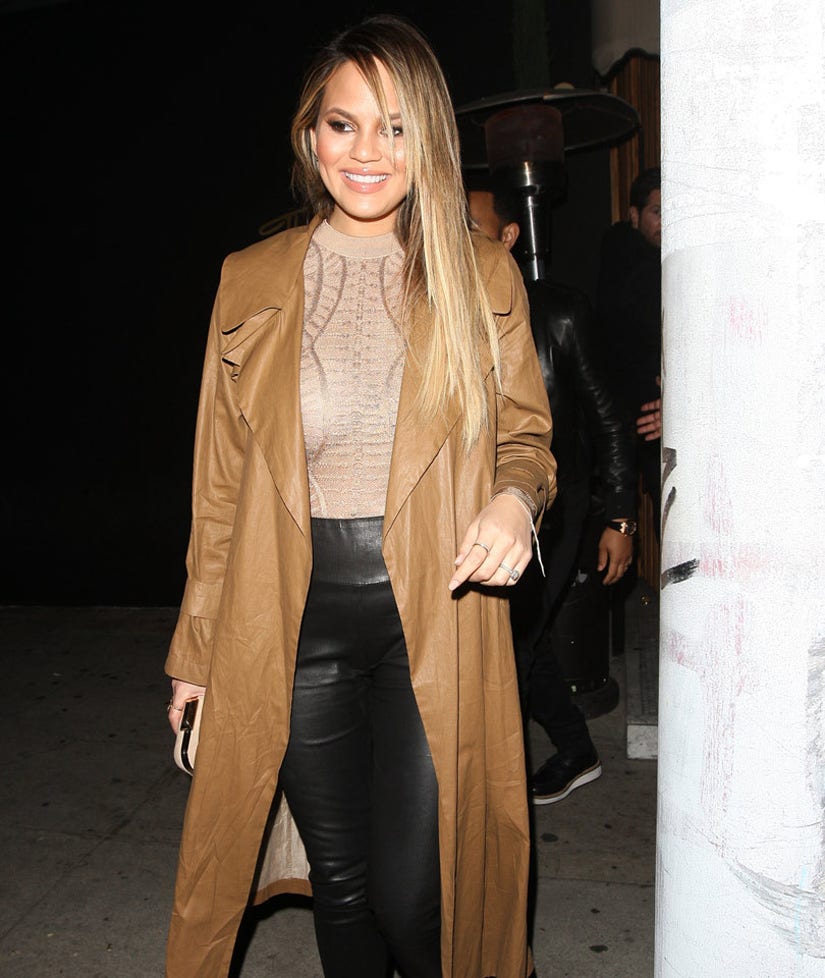 Chrissy Teigen has already bounced right back into shape!

The new mom was spotted out to dinner with John Legend at The Nice Guy in West Hollywood on Saturday, where she looked gorgeous wearing a tan peacoat, a nude bodysuit and black slacks.

Unfortunately, after Chrissy was spotted on a date night with her hubby, people immediately took to Twitter to slam the 30-year-old for leaving her daughter Luna's side, just 10 days after their baby girl was born.

I went to dinner. People are pissed. Good morning! pic.twitter.com/oQ54mtet8c

Teigen took a screen shot of all of the negative comments she received about the outing -- some even attacking her "after birth smell" -- and followed up the tweet with a few more funny posts calling out the ridiculous hate.

"i never wanted to leave my daughter, i love her, BUT THAT'S JUST ME" - the passive aggressiveness is real!

talking about vagina smells in the comments. what in the.

i dunno i can't find her https://t.co/fEj8rFHEMI

At least it seems like Teigen isn't taking the comments to heart -- what do you think about Chrissy's killer post-baby bod and Twitter reaction? Sound off below and check out the gallery above to see more stars before and after their pregnancies!