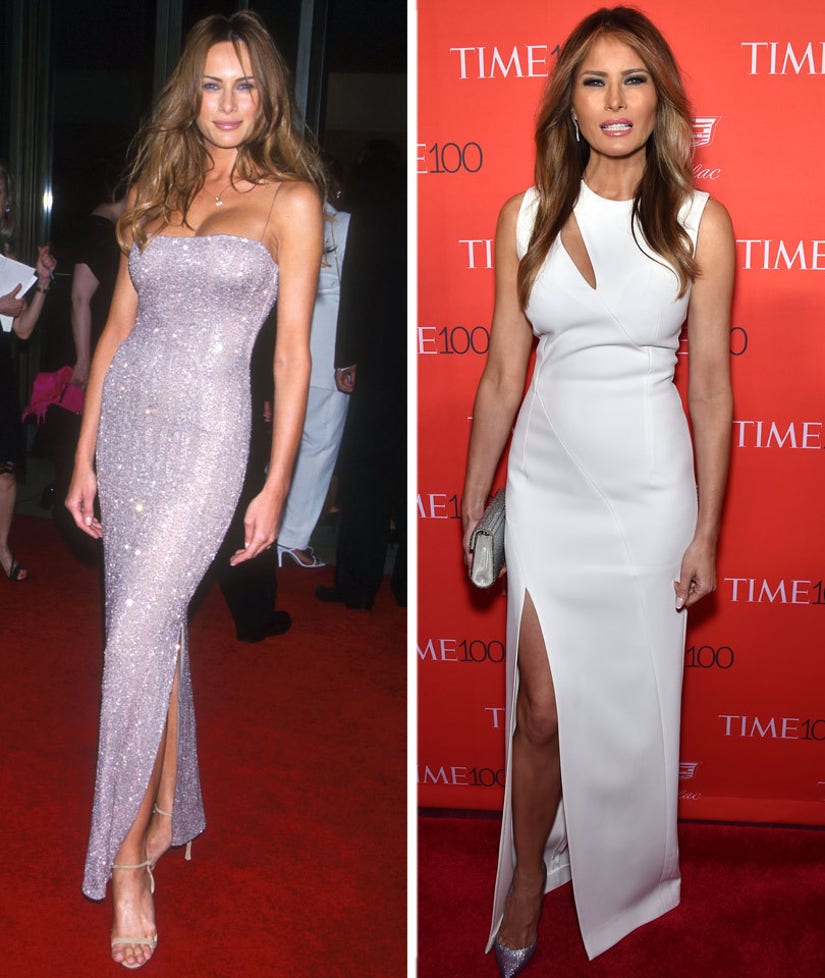 If she becomes First Lady, Melania Trump may do a bit of redecorating in the White House. But has she done any makeovers on herself?

In a new GQ profile of presidential candidate Donald Trump's third wife, the Slovenian-born 45-year-old faces down the question head-on!

Melania's ex-roomie from her modeling days tells the mag she, "went away for a two week vacation" before a Camel billboard. "Then came back, and was more…buxom."

"She admitted it to me," the roommate insists. "She just said it needed to be done to get more lingerie jobs."

But Melania's not going along with that story. When it comes to her boobs, she proclaims, "I didn't make any changes."

"A lot of people say I am using all the procedures for my face," she continues. "I didn't do anything. I live a healthy life, I take care of my skin and my body."

Avoiding plastic surgery isn't just a personal preference for her; it's a stance. "I'm against Botox," she says categorically, "I'm against injections; I think it's damaging your face, damaging your nerves. It's all me. I will age gracefully, as my mom does."

Her ideal for herself may be her madre ... but her ideal for a match is much closer to her 74-year-old father, Viktor Knavs. When GQ floats that link to her, she seizes on it, noting, "They're both hardworking."

When they first got together, Melania says she and Trump were both battling over control of the relationship.

The couple got hitched in 2005, but they met at a party years earlier, back in '98. Melania apparently turned down The Donald's request for her number ... and asked him for his instead!

"If I give him my number," she explains, "I'm just one of the women he calls."

And the strategy seems to have worked! They've been married for over a decade, and have a son, Barron Trump, age 10.

What do you think? Did Melania have the work done, or didn't she? Sound off in the comments!