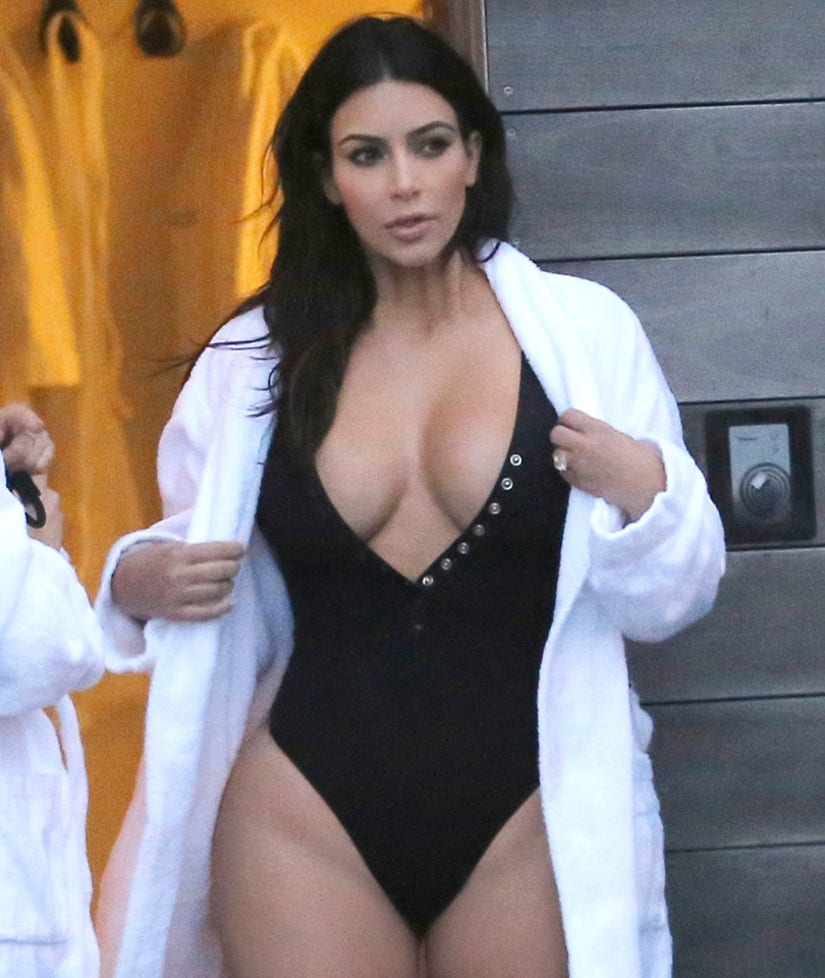 It may have been cold in Iceland, but Kim Kardashian was lookin' hot!

The mother-of-two put her post-baby bod in display during her recent trip abroad for sister Kourtney Kardashian's birthday, where she was photographed flaunting her physique in a low-cut black one-piece.

In the just-released photos, the 35-year-old shows off her killer curves at the famous Blue Lagoon outside of Reykjavik ... the first time we've seen her in a swimsuit since giving birth son Saint West back in early December 2015.

The sighting comes after Kim just revealed her current weight on Snapchat, where she shared a video of herself stepping on a scale reading 139.6 lbs. "YOU GUYS!!!! PRE BABY WEIGHT WAS 135!!!!!" she excitedly captioned the shot.

Kardashian has been working out like crazy, as well as working with Atkins on her post-baby weight loss.

toofab's Brittany Kyles recently chatted with Kim's nutritionist, Colette Heimowitz -- who's also the VP of Nutrition and Education at Atkins -- where she revealed what it's been like working with the reality star and how the mother-of-two has bounced back so quickly after both of her pregnancies.

"Well, you know, she gained 60lbs with her second pregnancy again [laughs] and she wanted to get back to her pre-pregnancy weight," Colette told us about the "Keeping Up with the Kardashians" star. "She succeeded with Atkins with her first pregnancy and she remembered from doing it in college with her dad [Robert Kardashian], so family was there and it was familiar to her and she succeeded."

"She was able to reach her weight loss goals and keep her energy up, preserve lean tissue, you know, have her appetite under control," she continued. "She's great to work with because she is committed and very motivated which is a pleasure. As a nutritionist, you're only as good as you patient is compliant. So working with her has been a real pleasure."