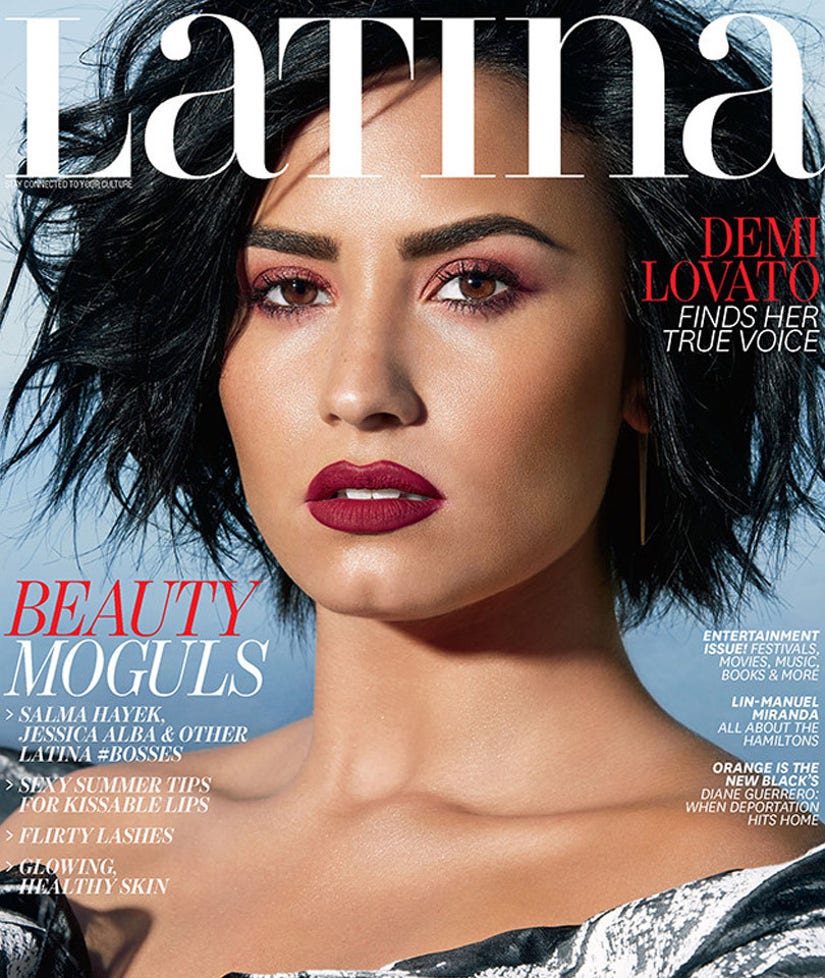 The pop star covers the new issue of Latina magazine, where she opens up about her relationship with the "That '70s Show" star, her career and her political beliefs.

Though Demi and Wilmer have been together since she was just 18-years-old, the "Skyscraper" singer says she still feels a lot of passion in her relationship with the actor.

"When I dated white guys, it wasn't as passionate as my relationship with Wilmer. Maybe that's just Wilmer," she tells the mag. "But I do believe that Latin people are just more expressive, more passionate with their emotions."

"He's very manly, and he can be stubborn like Latino men can, but he's protective and he cares so much and loves so hard," she adds. "I've been blessed enough to have him in my life, and not just as my man, but also my best friend."

Not only have we had the chance to see her relationship with Wilmner sort of blossom over the years, we've also had the pleasure of watching the now 23-year-old really come into her own as a singer and a performer.

"I don't care about radio hits," she says. "When you try hard for that, it doesn't happen. It's songs like 'Stone Cold' that I don't get tired of singing on tour. I get tired of singing 'Give Your Heart a Break' and even 'Confident' already. I have yet to reach my peak, and also, my voice is better now than it was a year ago. Now I can show people what I can do."

The "Cool For The Summer" singer also reveals she's voting for Hilary Clinton. "The reason 'I'm with her' is because out of everybody running, she is the most qualified and she will get s--t done," she declares.

"I can hopefully help open people's eyes to how much racism is affecting our country and now infiltrating it in a sense where we might have an incredibly racist Republican candidate," she continues, while seemingly shading GOP frontrunner Donald Trump. "It's terrifying to think that families can be, and sometimes are, separated on a daily basis."

Demi is definitely a woman who has no problem speaking her mind!

What do you think about Lovato's candid comments? Sound off below and check out the gallery above to see more former child stars then and now!