Warning: Don't let Amy Schumer pick up guys for you ... ever!

The comedienne -- who appears on the cover of this month's issue of Vanity Fair -- had a little extra fun on the set of her photoshoot by hijacking a VF staffer's phone and going through her Tinder account.

Vanity Fair shared the hilarious video to YouTube earlier this week, which shows all of Amy's ridiculous commentary about the men on the app, some of her even crazier conversations with potential suitors and more.

Check out the clip above to see Amy's Tinder skills!

"I have your phone and I have your Tinder profile," she warns VF associate Andrea in the clip. "And you can't do anything about it." 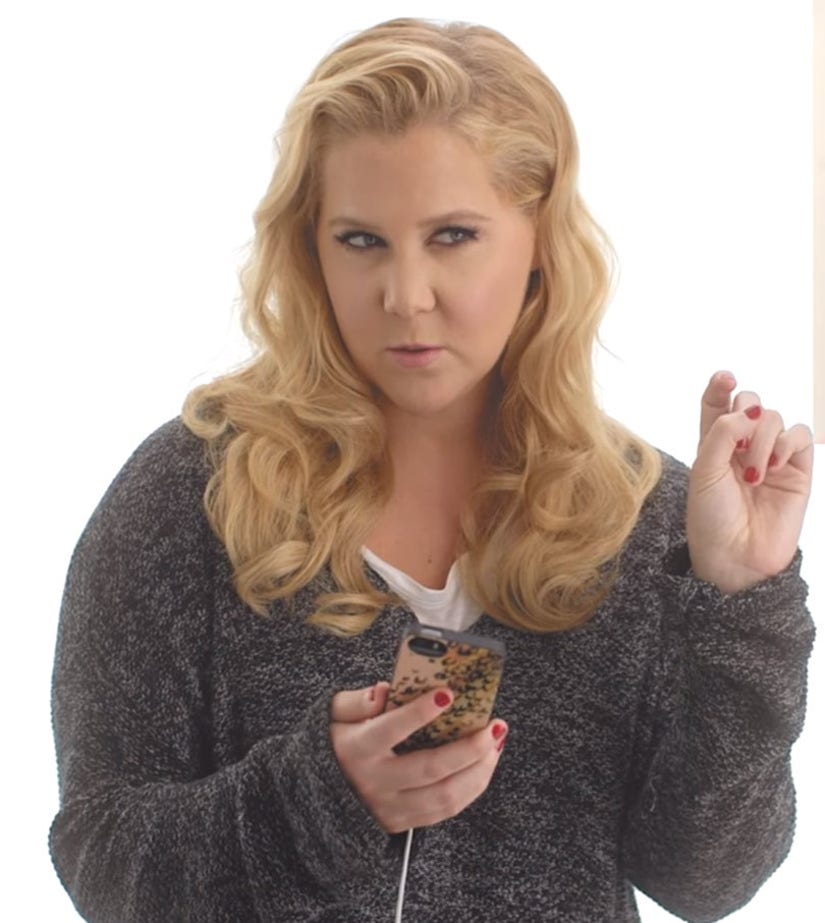 "Comedian, no!" she says about another potential match. "That is a huge red flag. I know this from people trying to date me."

Eventually, Schumer finds a few men who she thinks "look nice" and proceeds to message them.

After matching with a fireman who had a photo of him holding a kitten, Amy initiates a conversation. "How bout lightin my fiya?" she sends.

"Sure. I'd love to! How are you?" he responds. "Bloated and hemorrhaging. Being a chick blows," she writes.

You won't believe what he wrote back next -- make sure to check out the video above to see the rest of that conversation and more of the "Trainwreck" star's hilarious commentary!

What do you think about the 34-year-old's Tinder skills? Sound off below and check out the gallery above to see more sexy stars!