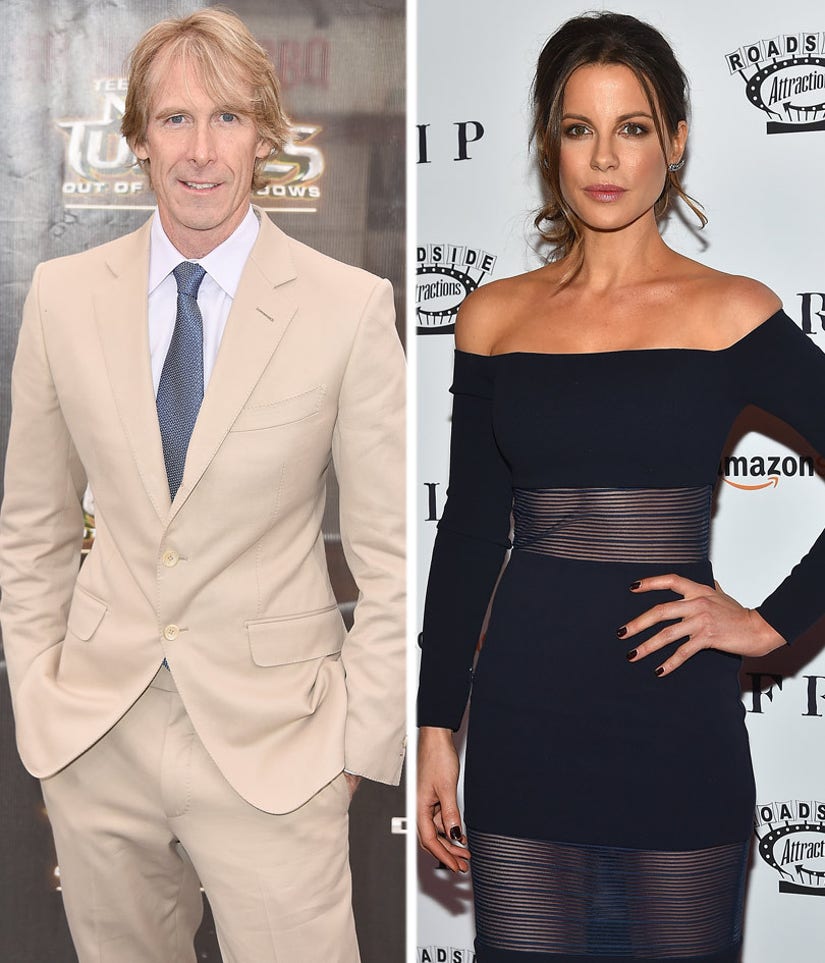 Michael Bay is speaking out against reports he body-shamed his "Pearl Harbor" star Kate Beckinsale back in the day.

The director came under fire last week, after the actress revealed some behind-the-scenes intel from the 2001 flick that didn't paint him in the best light.

"I don't think I fit the type of actress Michael Bay, the director, had met before," she told Graham Norton about the role. "I think he was baffled by me because my boobs weren't bigger than my head and I wasn't blonde."

"I'd just had my daughter and had lost weight but was told that if I got the part I'd have to work out and I just didn't understand why a 1940s nurse would do that," she added.

The disses continued when Bay was promoting the film. "When he was asked about me, he'd say, 'Kate wasn't so attractive that she would alienate the female audience.'"

All the hubbub got back to the director, who took to his personal website on Wednesday to shut down any gossip suggesting the two don't like each other.

"Kate and I are friendly. She is a fantastic actress, very funny, witty lady, sassy, speaks her mind, and I truly respect her," he wrote alongside a photo of his office, where a poster of her face from the film hangs over his desk. "That's why she has come to so many of my Christmas parties and Birthday parties. This so called 'problem of us not liking each other' was reported by a tabloid-esque reporter after Kate appeared on an edgy English talk show, speaking about our meeting 16 years ago while casting 'Pearl Harbor.'"

"The reporter made her story into some scandalous confrontation, when it was nothing of the sort," he continued. "Spoke to Kate today and she felt she told a funny story."

"So I guess I was the 'bad guy' 16 years ago for suggesting a trainer because she just had her new beautiful baby girl — and she was about to enter into an intensive action movie," he added in conclusion. "Note to reporters: 95% of leads in movies have trainers and drink green juice!"

So ... still think he's a bit of a d-bag or explanation accepted? Sound off below!