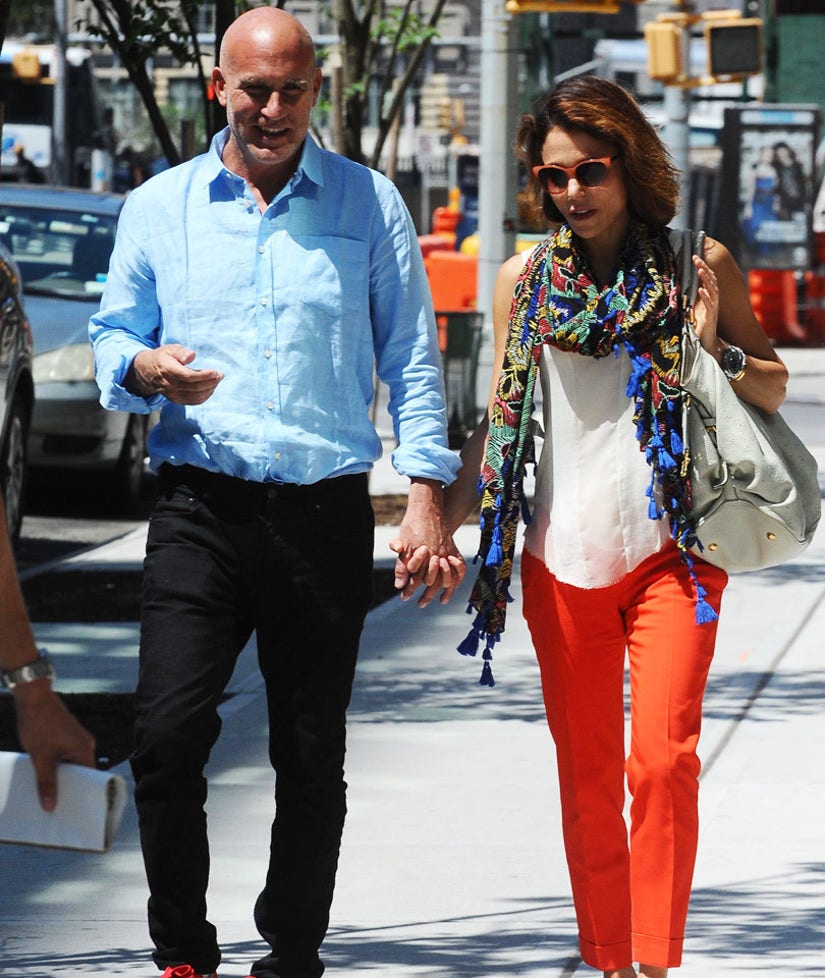 The "Real Housewives of New York City" star is dating New York Banker Dennis Shields (above) and tweeted about her new romance on Tuesday.

"I'm dating a separated married man," she tweeted about the dating rumors. "I'm married. I went to high school w his ex wife 30 yrs ago. Any other questions?"

E! News has reported that the Skinny Girl mogul has been dating Dennis since June, and that the pair even went on vacation with her "RHONY" costar Carole Radziwill and her boyfriend Adam Kenworthy.

The timing of Frankel's relationship news is pretty interesting -- especially since it's on the heels of an episode that aired earlier this month (below) on Bravo where Bethenny berated her costar LuAnn de Lesseps for hooking up with married men.

Frankel likewise went off on LuAnn for seeing a man -- who she's now engaged to -- that Ramona Singer also dated.

"She calls me a hypocrite, but really she's the hypocrite," de Lesseps told E! News about the argument. "I'm the one getting married, I'm engaged, and Bethenny's still trying to get a divorce."

"You know, it was in the Daily Mail...she's dating married men, not me," she added.

What do you think about Bethenny's relationship news? Sound off below and check out the gallery above to see more "Real Housewives" stars before the fame!