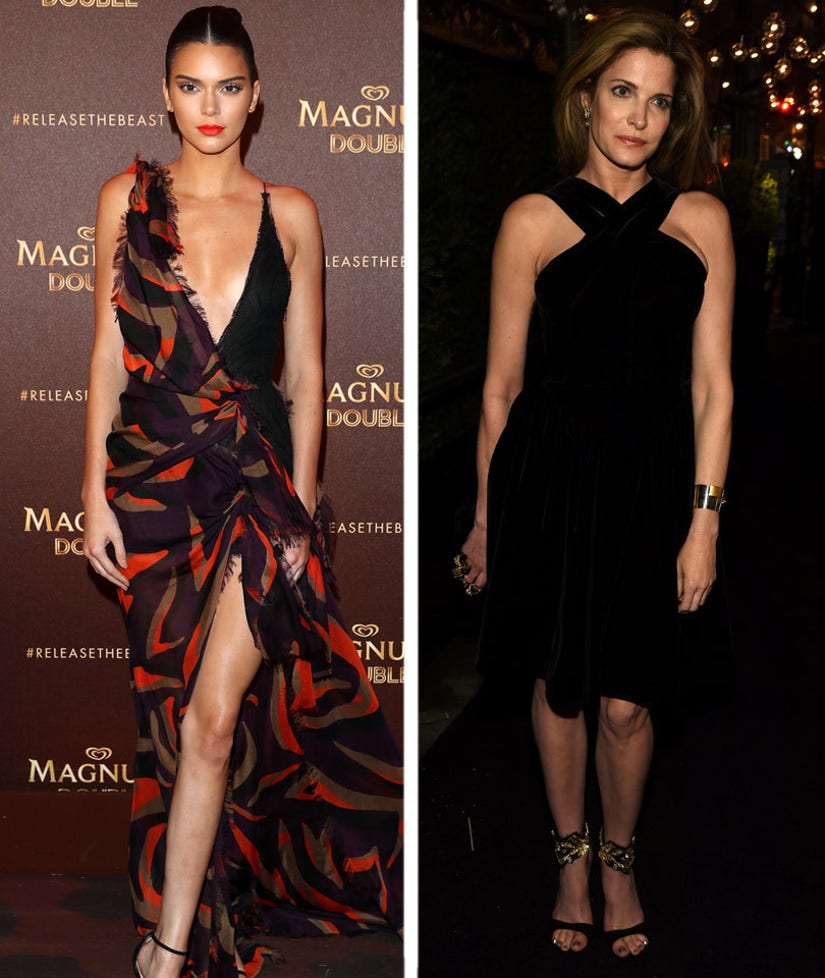 Kendall Jenner is firing back!

The "Keeping Up with the Kardashians" star took to her official app on Thursday to address comments made by fellow fashion heavyweight Stephanie Seymour ... who told Vanity Fair earlier this month that she doesn't believe Jenner and gal pal Gigi Hadid deserve a "supermodel" title.

"[Kendall Jenner and Gigi Hadid] are completely different than we were," she told the mag. "Supermodels are sort of the thing of the past," she added, noting that Jenner and Hadid "deserve their own title."

And when asked by a VF staffer what she thought they should be called, the 47-year-old replied, "B-----s of the moment! That would be a good title for them."

Jenner addressed the brunette beauty's seemingly-negative comments in a post titled, "My Thoughts on the Supermodel Debate."

See what she had to say about Stephanie's opinions below!

I've seen the debate over Gigi and I not being "real supermodels"—and I definitely have an opinion. If you're going to tell us not to be in "your moment," then don't be in mine! But, if you choose to be a cyberbully, I'm going to stick up for myself.

No one is trying to steal Stephanie Seymour's thing, or trying to be her. I actually looked up to her. She has a daughter! I guarantee you that she didn't imagine someone so publicly shaming her daughter when she made those comments about us being "bitches of the moment."

If people want to call Gigi and I supermodels now, it doesn't take anything away from supermodels of the past. Obviously, I have so much respect for those women, but right now, we're the models of this time. Significant? Maybe. Hardworking? For sure.

There are other supermodels who give me tips and build up my confidence, sending me notes after a spread comes out, saying, "You're killing it." That's the classy way to behave and I fully intend on being a positive influence on anyone younger than me, my entire life.

What do you think about the 20-year-old reality TV star's response? Sound off below and check out the gallery above to see more celebrity feuds!