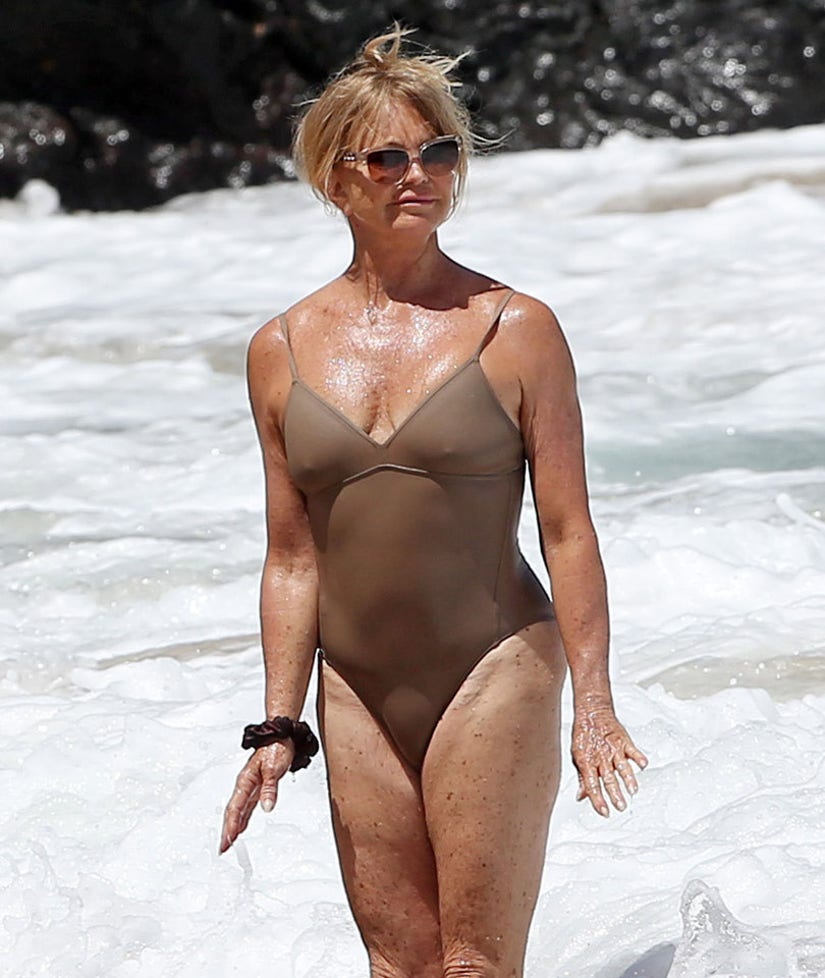 Kate Hudson got it from her mama!

Goldie Hawn put her killer curves on full display on the beaches of Maui, Hawaii on Thursday, sporting a nude one-piece that featured skinny straps and a plunging neckline. The 70-year-old star pulled her hair back to keep it out of the water and accessorized with a chic pair of clear sunnies.

The actress spent some fun in the sun with her son, Wyatt Russell, and his gorgeous girlfriend, Sanne Hamers. Wyatt, whose father is Hollywood veteran Kurt Russell, was in the tropical locale to pick up his "Rising Star" Award at the Maui Film Festival. 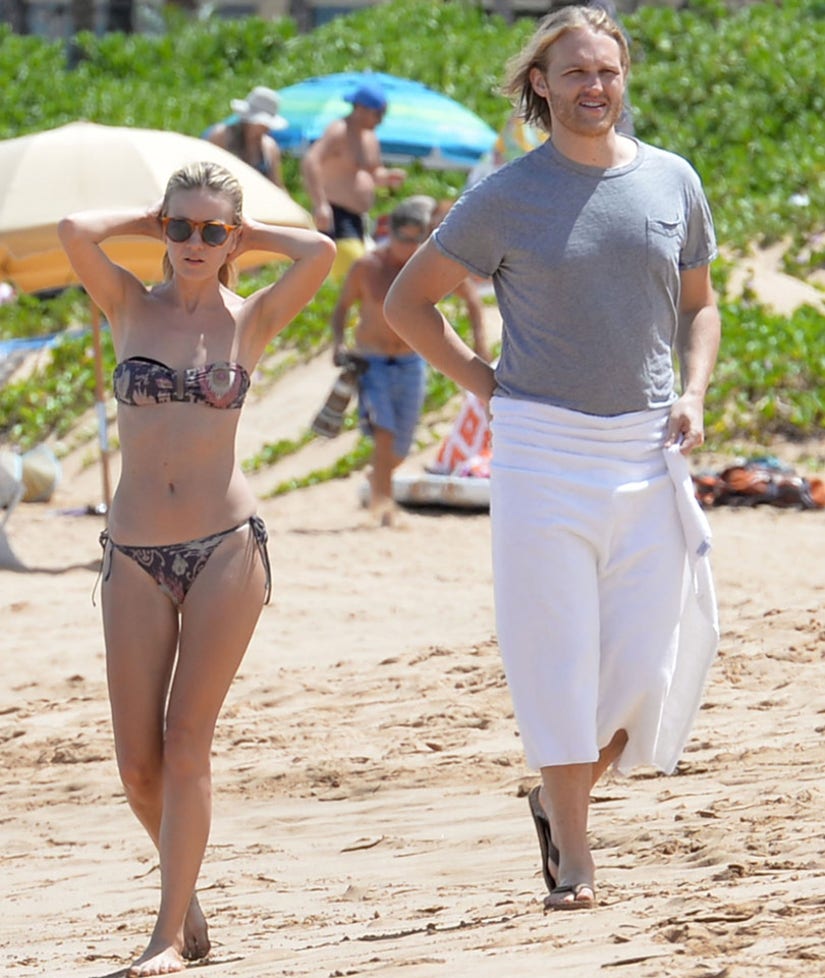 Now, let's get back to Hawn's enviable figure!

Just like her daughter, she likes to stick to a clean diet, which includes a daily green juice.

"I don't eat a lot. I think we overeat," Goldie recently told PEOPLE. "I do a lot of juicing, I don't put a lot of food in my stomach and I don't mix my foods too much. So if I want to have like protein I'll just eat a bowl of lentils, I won't mix it with a bunch of stuff."

And she's just as disciplined about exercise, making sure that she works out every day. "I try to stay positive and be very very active. I walk every day and I run and do all kinds of that."

Even if she doesn't have time for a full workout, she'll squeeze in a quick interval session.

"If I don't have an hour, I'll do 15 minute intervals," Hawn explains. "Actually, it's a very good thing to do. If you're taxing yourself too much in an hour, you're taxing a lot of things."