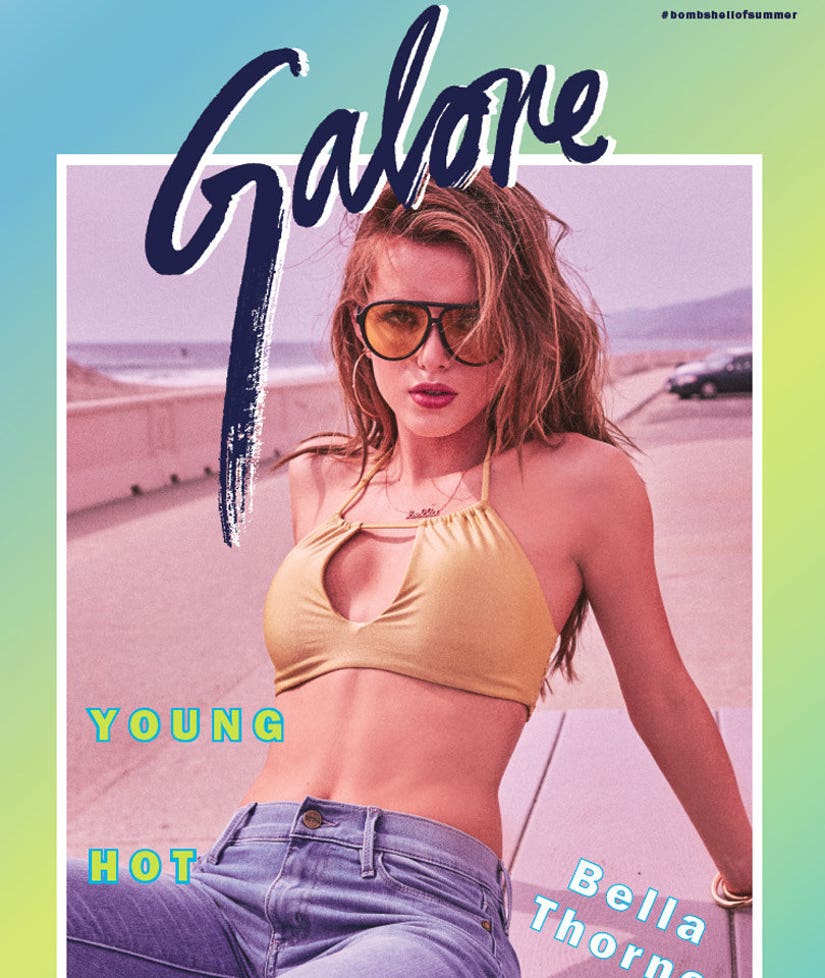 The red-headed beauty covers the new issue of Galore, where she shows off her killer beach bod while rocking a number of sexy swimsuits.

Inside the issue, the "Scream: The TV Series" star shares her thoughts on the Ask Her More campaign, taking celebrity selfies and maintaining her enviable figure.

The Ask Her More campaign was started in an effort to take the focus off of female celebrities' looks and focus on things they actually have an opinion about.

While Bella, 18, is a fan of the campaign, she says there's nothing wrong with wanting to know what the stars are wearing.

"I really like to know what people are wearing. Ask more, for sure. Ask about the roles and what you have coming up but totally, I do want to know what they're wearing," she tells the mag.

"When I watch the Oscars, my boyfriend and I have an Oscar party, and they're like, 'Okay, we need to record the first part since everyone won't be here till later.' And he's like, 'Why do you need to see the carpet? You do that all the time.' And I'm like, 'OMG b---h, I'm not on the Oscars carpet!' And I felt so weird and like a crazy, young girl-fan who really just wanted to [see the] actors and see every little piece of jewelry they're wearing. I watched it and I enjoyed it. I guess ask more. Of course everybody wants to hear about [the clothes]," she explains. 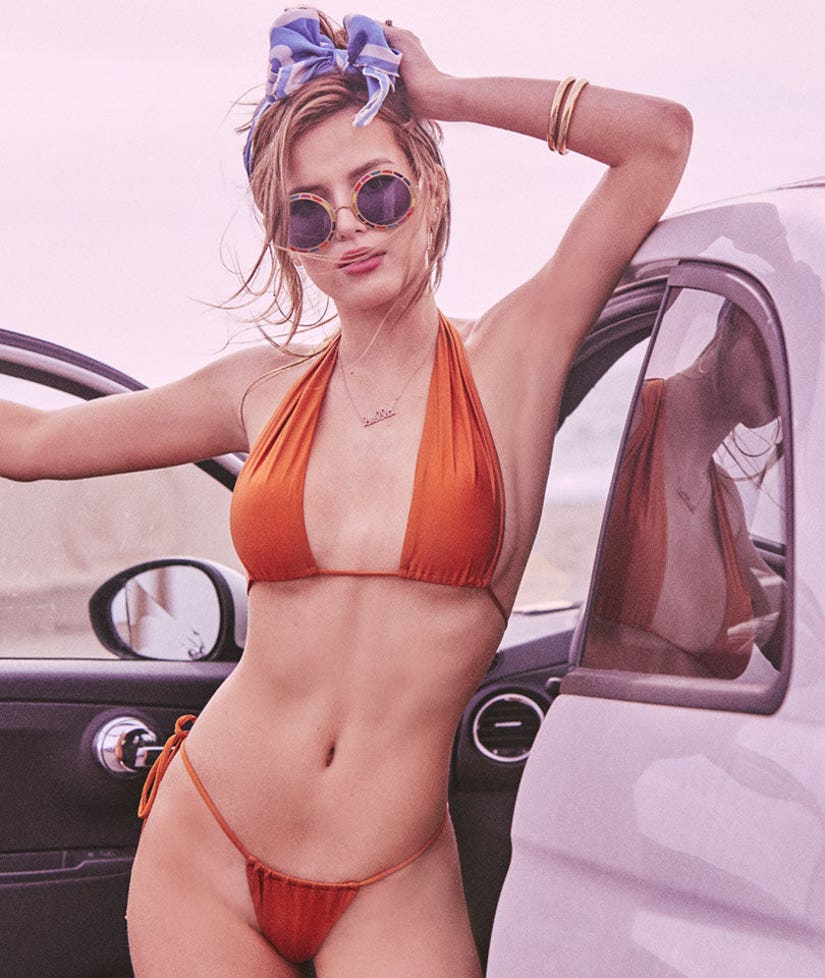 Though the actress is no stranger to red carpets or star-studded events, she doesn't like to take photos with fellow celebs ... unless it's her former "Shake It Up" costar Zendaya.

"I don't know that I've ever taken a photo with somebody famous to like, get people to talk about it," she says. "The only time that I ever do that is when I'm with Zendaya, because I'll take a Snapchat because I know our fans love us together and they don't get to see us together often anymore.'"

And when it comes to working out, Bella says you can definitely tell if someone hits the gym just by looking at their legs and butt.

"You can tell somebody's [body is] not from working out if their thighs aren't big and their butt is big," she says. "It's not humanly possible…because every time you do a squat, or every time you do a lunge—any time you do a workout for your butt—your legs are getting the [muscles]. That's how you can tell. Any gym goer you see, they have big legs because they don't skip leg day..."

What do you think about the 18-year-old's candid comments? Sound off below and check out the gallery above to see more bikini shots from her spread!