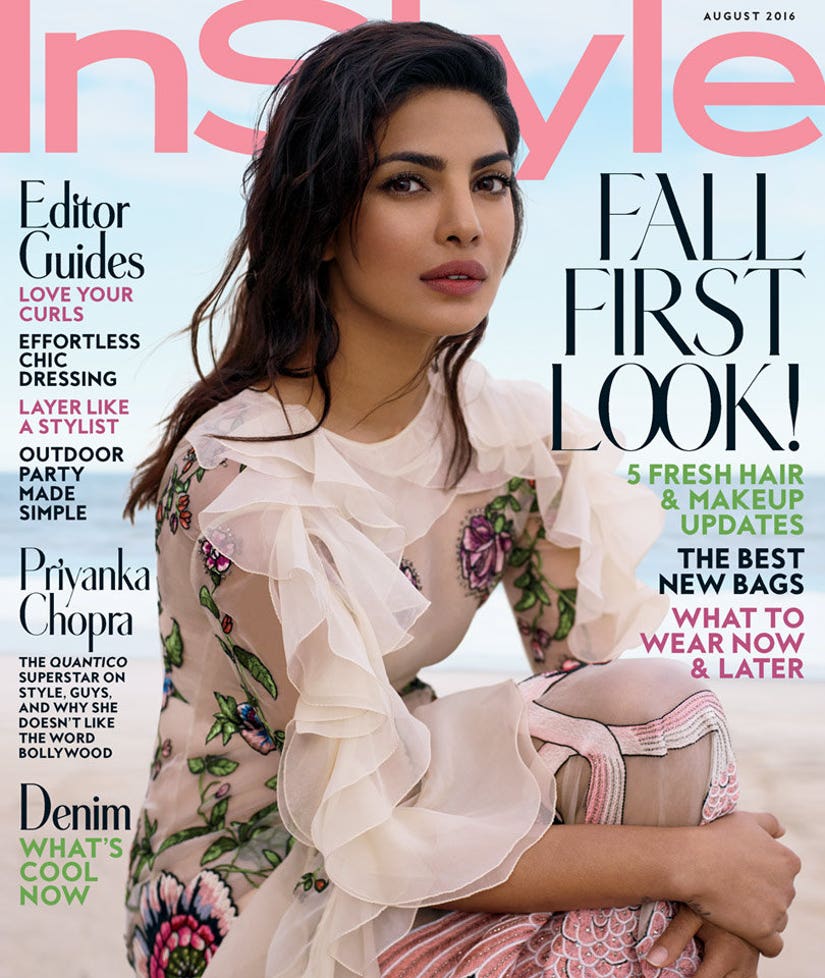 Priyanka Chopra is arguably one of the most beautiful women alive, but she admits that she's never dated. (Yes, really.)

The "Quantico" star, who gorgeously graces the August 2016 cover of InStyle, reveals that she's not interested in casual romance.

"I've never dated. I've always been in relationships," the actress tells the mag. "Dating as a concept doesn't really exist in India… the nonanswerability of dating, my god, I don't know if I would ever be able to… When I know I've met the right person to share the rest of my life with, I'll shout it from the rooftops."

So what makes Chopra feel sexy? "I pretty much dress like a boy when I can."

In fact, the former Miss World winner would trade in a designer dress for jeans and a T-Shirt at the drop of a hat. "I shop at high-end stores, but I wear the pieces like they're from the street," she explains. "Success should always be worn like a T-shirt, not a tuxedo. That's when it's fun."

With more than 50 Indian movies under her belt and a hit ABC show, we have a feeling Priyanka is just hitting her stride. "We are artists, we are people, we know our jobs," she says of her international acting career. "You can put me in front of a camera anywhere in the world and I'll hit my mark and say my lines and give the director what he wants. I can break out into song and dance as well. I'm kick-ass at that too. That makes me a triple threat, not a stereotype."