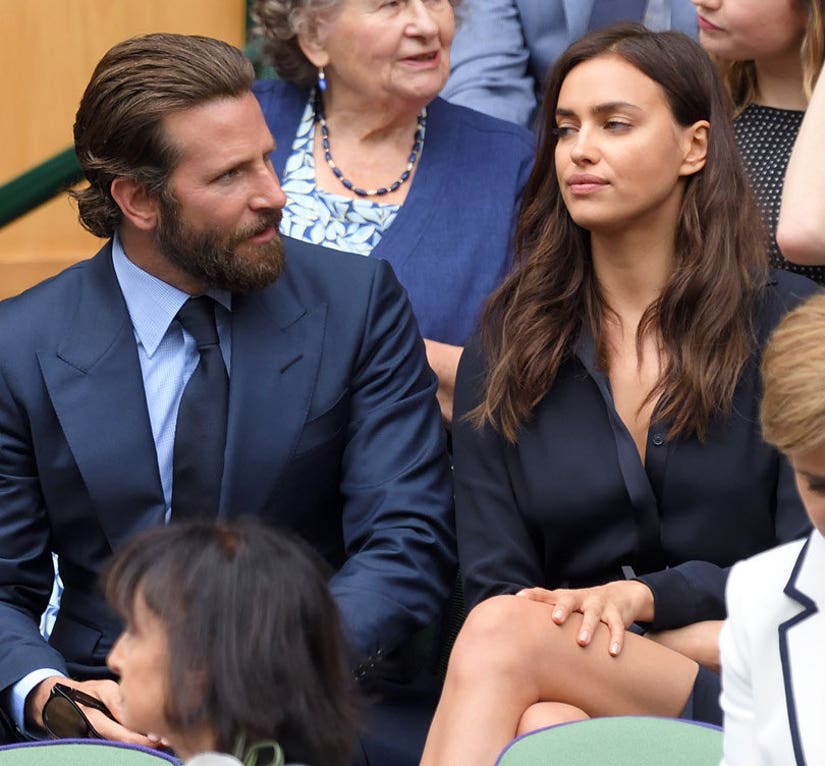 All eyes were on the match between Milos Raonic and Andy Murray on Sunday at Wimbledon ... until attention shifted to a possible battle between Bradley Cooper and his girlfriend Irina Shayk!

The two have been at the championships since last week, attending matches with smiles on her faces as they schoomzed with stars like Anna Wintour, Benedict Cumberbatch and tennis-pro/Roger Federer's wife, Mirka Federer.

But the smiles vanished during one quick shot of the couple during the televised coverage:

Bradley Cooper trying not to have a fight with his girlfriend in the middle of Wimbledon. pic.twitter.com/B6yZWWLJTX

In the extremely quick clip, the model keeps her head turned from her beau as he speaks to her, while wiping something from her face. He then turns away from her as well.

It looks like it could be a chilly moment between the two -- who celebrated their one-year anniversary in April -- or, she just had a stray eyelash. Some even speculated Irina could have been upset Bradley's ex, Suki Waterhouse, was in attendance at the same event.

While an "insider" tells E! that "They were not fighting," adding "Everything is fine," the Internet certainly believed otherwise.

What do you think is going on here -- are people just reading waaaay too much into a small moment?

See more photos of the two from the entire weekend above.