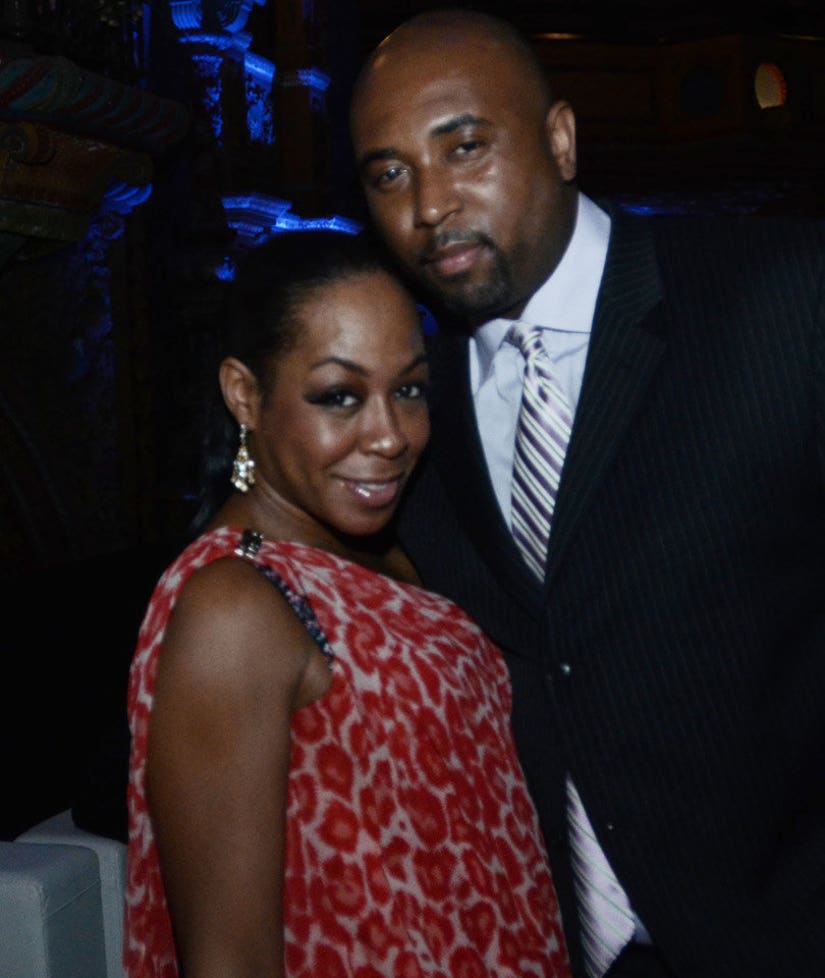 Tichina Arnold has no regrets about the way she handled her divorce!

The "Martin" star gets candid about her cheating ex-husband -- and his leaked sex tape with the other woman -- during an appearance on Wednesday's "The Preachers."

Earlier this year, the 47-year-old actress exposed a sex tape of her husband Rico Hines in bed with another woman, one of the many affairs the actress believes he had during their marriage.

"I'm not gonna sit here and bash my husband, I'm not going to defame his name, but everything I did in terms of how I ended that relationship, I thought it through and knew exactly what I was doing," she now says. "It's not about feeling better. After I did it and I exposed what we were going through, to me was worth it. Women start talking about it, we need to have dialogue."

"I did not expect it to go public the way it did," the actress adds about the sex tape, which was sent to the press by someone else after she shared it with her friends in a mass text.

"I had that feeling of, you know, beyond him being my husband, this is supposed to be my friend, my confidant," she continues (via PEOPLE). "Somebody who I can trust. And when you can't trust the person that you sleep with every night, there's a problem. I could no longer trust him. I could no longer lay with him. And it doesn't make him a horrible person. We all make mistakes, but not with me and not on my time and not in my life."

While seeing the video of her husband's affair was obviously tough, Arnold says that wasn't the first time her ex stepped out on her.

"It's beyond the fact that the infidelity, it happens. We make mistakes. And we fixed a few mistakes of his prior infidelities," she explains. "But when it becomes a pattern, then it's no longer my problem. There's a point where you eventually have to jump ship and save yourself, so I just merely saved myself and represented a lot of women that don't know how to save themselves."

Though the "Everybody Loves Chris" star doesn't see herself tying the knot again, she is open to finding love.

"Oh no! Getting married is not gonna happen again," she declares. "I know that for sure.

"Like, this was my second marriage," she explains, noting her first marriage to boxer Lamon Brewster in 1995. "I always say three strikes, you're out. I don't even want to make it to three strikes."

Tichina also says she has no regrets about how things went down with Rico. "I'm sure there are a lot of people that are upset with me, but it's not their problem," she says. "This was my issue that I needed to deal with, and I'm old enough to deal with my issues."

"I saved myself first, before I was on a sinking ship," she adds. "I just have too much to lose for someone else's indiscretions."

What do you think about Arnold's candid comments? Sound off below and check out the gallery above to see more celebrity cheaters!

See what else the actress has to say about her high-profile divorce on "The Preachers," today at 11 a.m. EST on FOX.